RUSH TOWNSHIP, Pa. — A fire destroyed a home in Susquehanna County early Thursday morning. No one was injured by the smoke and flames, but the home on Hib... 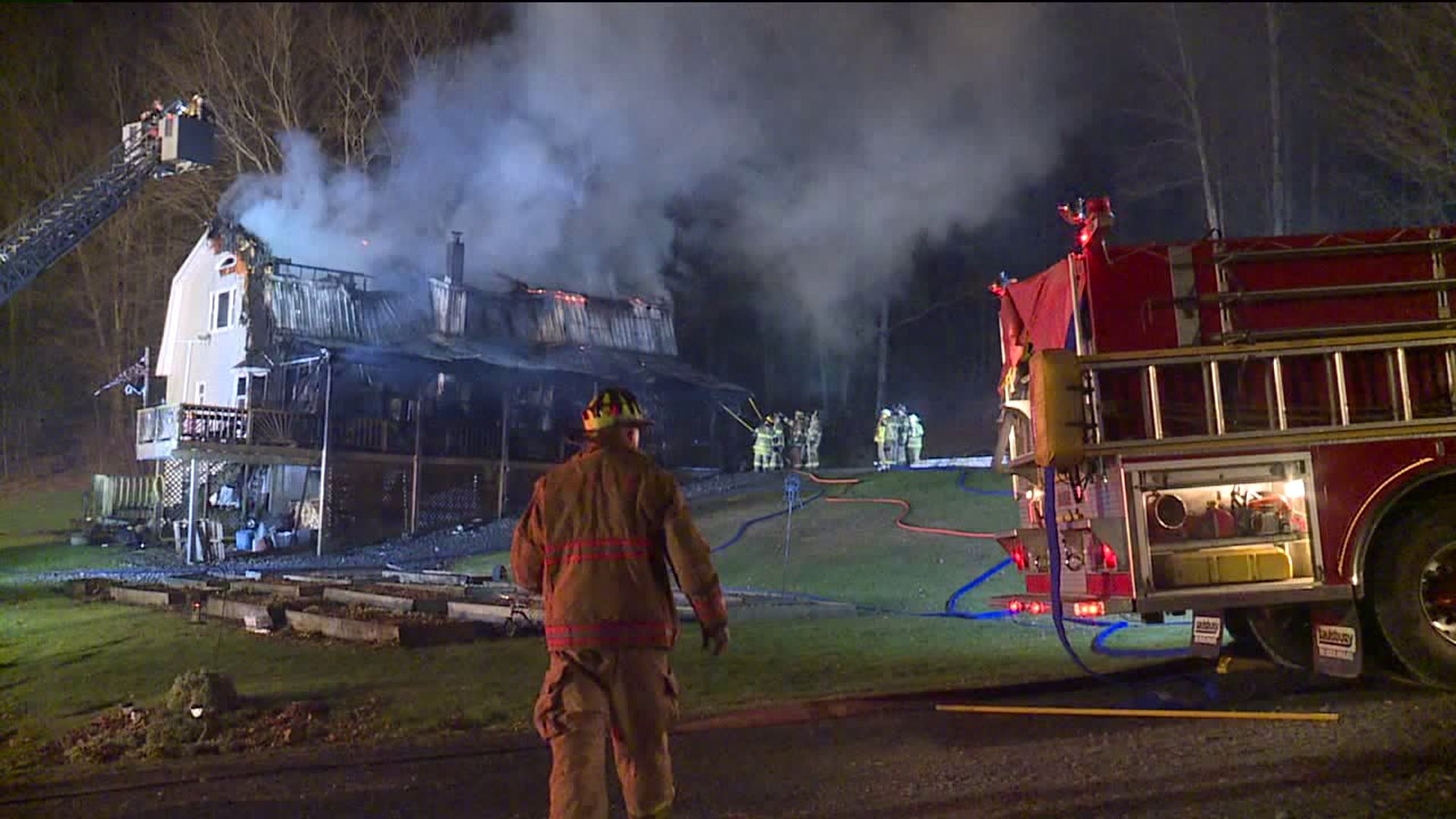 No one was injured by the smoke and flames, but the home on Hibbard Road is destroyed.

Inside the Rush Township Volunteer Fire station, volunteers gathered Thursday morning, many of them getting ready to go to their day jobs after a long night fighting flames. The flames started around 12:30 a.m. but despite the hour, volunteers came running to help.

"We had a terrific response, we had a very heavy response which was, it's good," said Rush Volunteer Fire Chief Tom Jauss.

Two people who lived in the home got out safely.

As they struggled to battle the flames, firefighters had a hard time getting water. There are no fire hydrants in that part of Susquehanna County. Water had to be hauled in and pumped from nearby ponds.

"Then it was just ripping the building open, saws, lot of manpower and heavy work," said firefighter Dan Conboy.

A state police fire marshal was called to investigate the cause of the blaze.

In the tight-knit community, firefighters said the devastation is felt by everyone.

"I've lived here my whole life so people, even if you don't know those people particularly, we know their families, we know all their relatives and stuff like that, and you know it's tough. It's a tough time of year, Thanksgiving, Christmas is right here and it just sucks," said firefighter Jim Conboy.