Bundle up and have 'snow' much fun outside

There are plenty of outdoor activities to do that are socially distant to beat the winter blues, and we found some in Wayne and Susquehanna Counties. 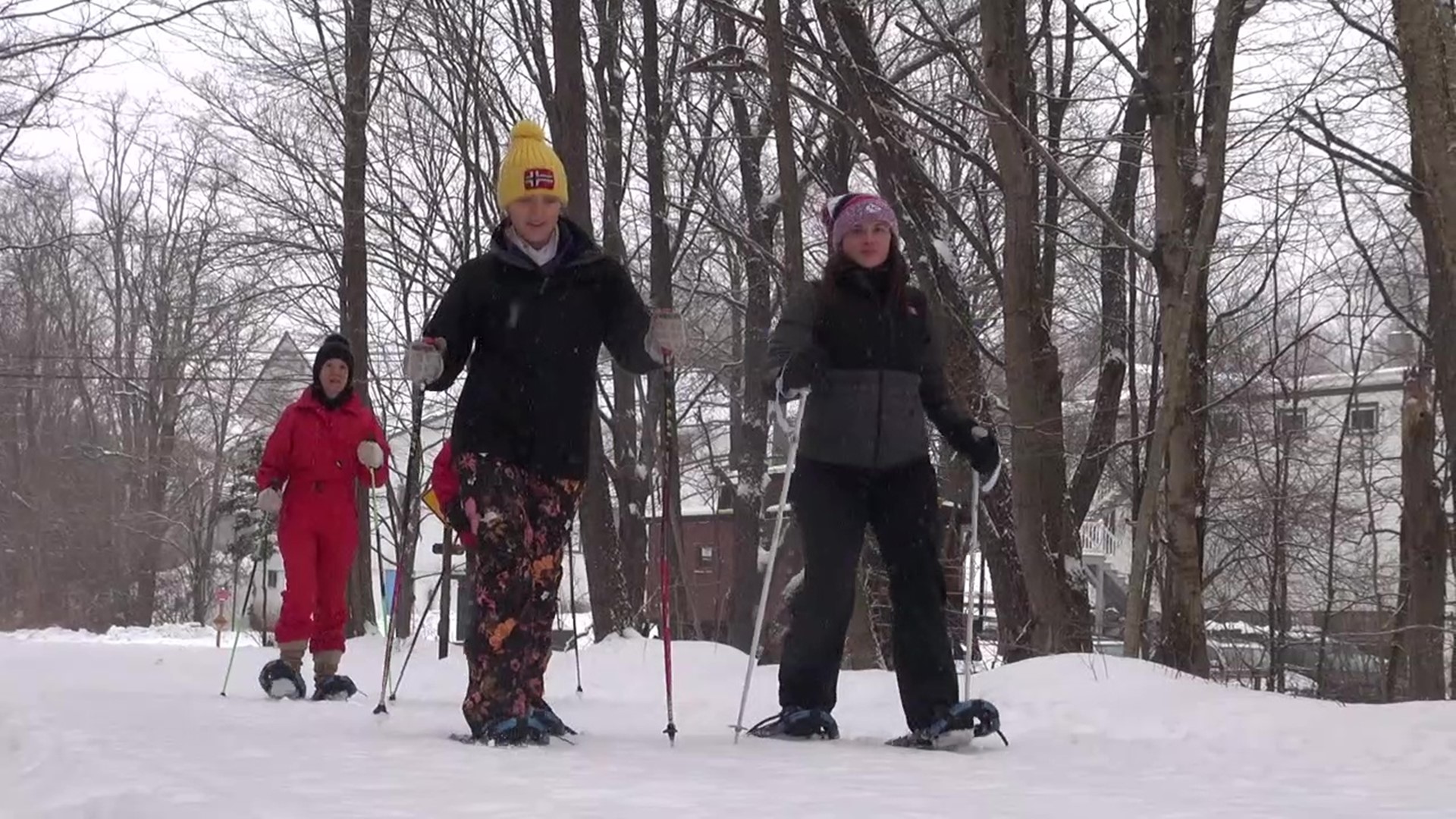 SUSQUEHANNA COUNTY, Pa. — Mother Nature has given us some beautiful scenes so far this winter, especially in places like Union Dale in Susquehanna County, where there's still a good amount of snow left.

Bob Brown was working on a snowmobile to make sure it was running smoothly. He said this is the most snow they've had in years, and the long bouts of cold weather help the snow stick around.

"It's been a lot better than it's been since 2016. Problem is the snow comes, it's here for two or three days, and then it goes away. But it's been here for a week or two now," said Brown.

Others were out snowshoeing and cross-country skiing. Rails to Trails of NEPA rents out snowshoes for people who want to try. That is exactly what Valerie Clemens and her family were doing.

"If you can walk, you can snowshoe, and that's the great thing about it, and it's just a great cardio for you, and why not be outside in this beautiful weather," said Clemens.

Mark Silfee co-owns Chet's Place in Susquehanna County, and he says this has been one of the busiest years for people renting cross-country equipment and snowshoes.

"It's something you could just do by yourself or your family. It's really a family setup. Yeah, good exercise," said Silfee.

We also found people ice fishing on Prompton Lake in Wayne County. Jacob Stem had a successful day of fishing. He said it's a peaceful activity with a great reward.

"Nice to finally get a good cold spell, get these lakes safe enough for everyone to come out, even the new people that want to come out and join. There's always lakes out here that are full of people, especially when there's plenty of safe ice for ice fishing," said Stem.

People we spoke with said, as long as you dress warm, you're bound to find something you enjoy outside this winter.