Fed Up with the Frost in Forest City

FOREST CITY, Pa. — Freezing temperatures and harsh winds are forcing folks in Forest City to bundle up… Even as the end of April approaches. Shopper... 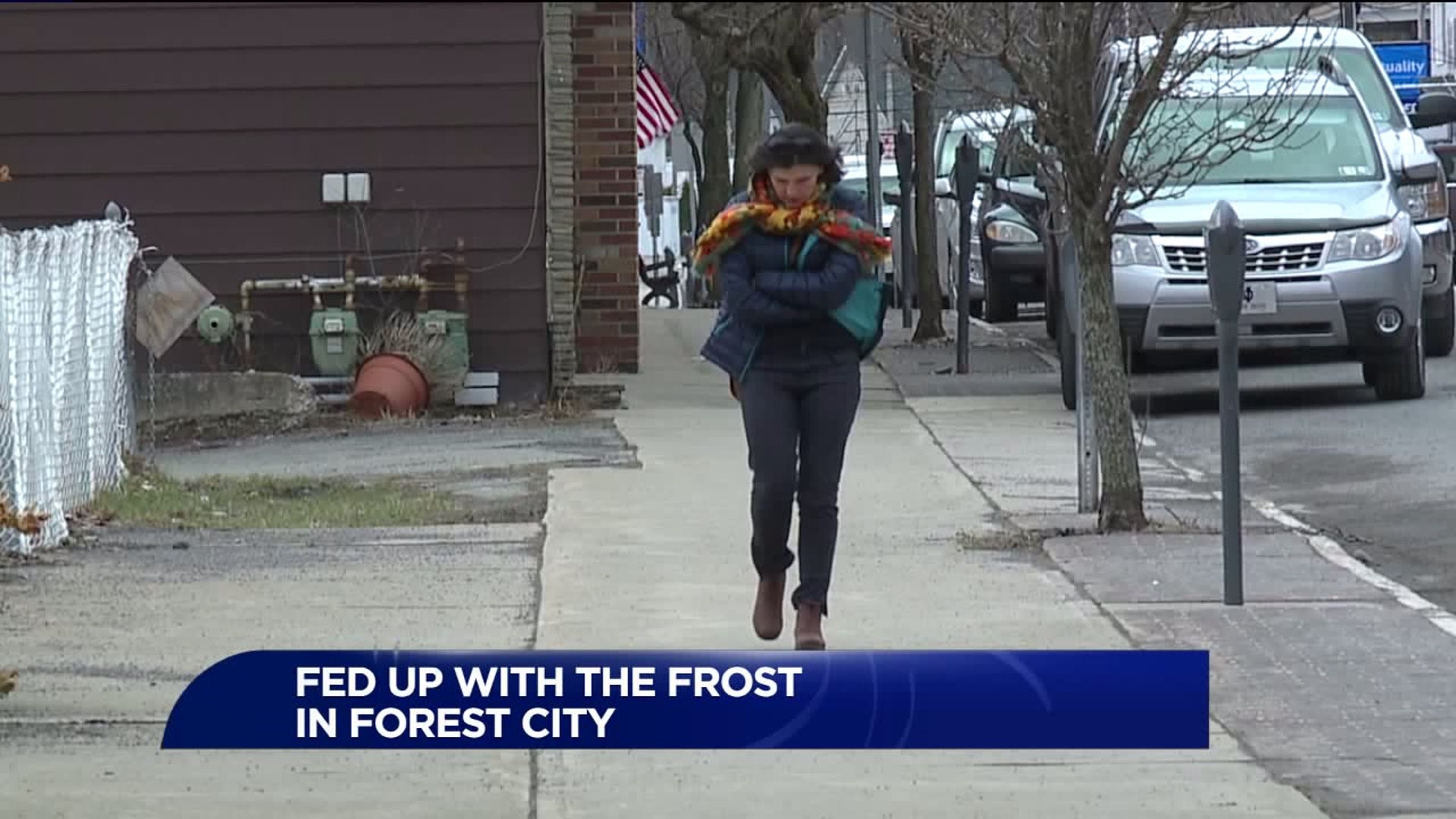 FOREST CITY, Pa. -- Freezing temperatures and harsh winds are forcing folks in Forest City to bundle up... Even as the end of April approaches.

Shoppers inside Zazzera's are fed up with the frost.

"They should like take the weathermen and put them in jail right now because they keep saying it's warming up, but I don't see it happening," says Christine Ertelt of Union Dale.

Christine Ertelt has been waiting for Spring to show up for a while.

"I've been gardening and planting and none of my flowers are up yet, and that's very sad," adds Ertelt.

But tomorrow, she's not letting Mother Nature stall her any longer.

"Tomorrow, no matter what I plan on grilling so the sun better come out," Ertelt explains.

Newswatch 16 found one woman visiting Forest City from California and she did not come prepared for these chilly temperatures in April.

"I'm visiting friends and they were telling me how beautiful the weather's been and to come because it's sunny now and spring-like and we would do a lot of hiking and have a great time," explains Diane Fencl of Oceanside California.

But now she thinks her friends might have been pulling an April Fools' joke on her because she hasn't seen weather like that at all.

"We have been in the house the whole time and she has given me warm clothes to wear," adds Fencl.

Maybe next time Diane visits her friends, Mother Nature will pay more attention to the calendar.