NEW MILFORD TOWNSHIP — A family fighting to save its maple trees in Susquehanna County was able to turn away a crew that showed up to cut those trees Wedn... 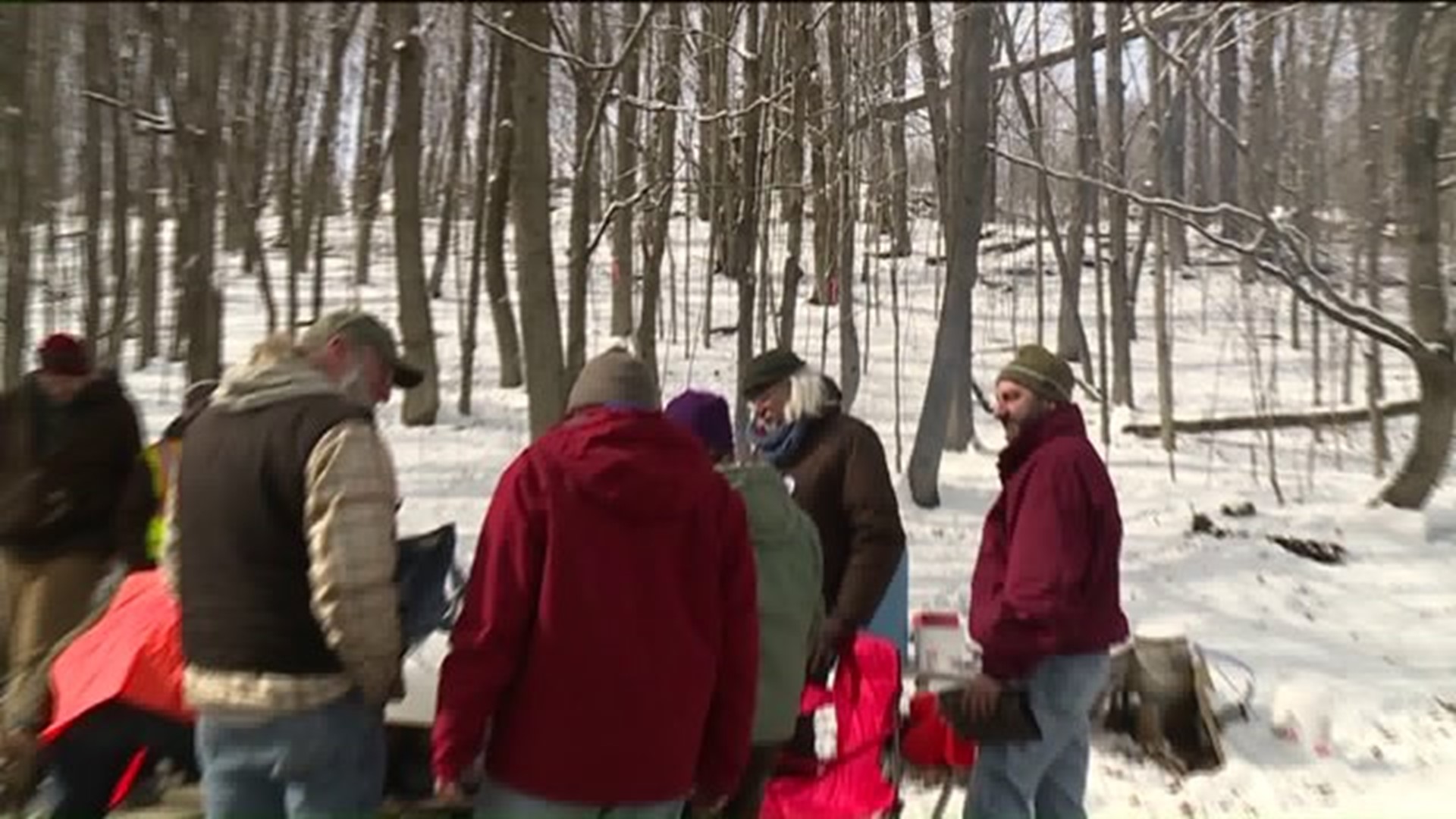 NEW MILFORD TOWNSHIP -- A family fighting to save its maple trees in Susquehanna County was able to turn away a crew that showed up to cut those trees Wednesday morning.

Around 9:30 a.m. Wednesday a group of workers showed up at the Holleran family property, ready to start cutting trees.

But for a week, friends and protesters have been waiting there for that, hoping they could turn away the men with chainsaws. On Wednesday, they did, but the fight to save the trees is certainly not over.

The Holleran family knew this day was coming when a crew would arrive prepared to cut down their trees for a pipeline project.

A group has waited for days with the family, to help resist.

When the moment came, there was a lot of worry.

"I started to cry," said landowner Maryann Zeffer. "I thought, 'this is it, my trees are gone.' But we held them off one more day."

And family, friends, and environmentalists still stand guard on the property as they have for a week.

Trees in other spots along the proposed constitution natural gas pipeline are already cut.

"Our trees would be, they'd be cutting right now if it wasn't for this," Zeffer said. "We have great support of everyone and we really appreciate that."

There was no confrontation when the crew for pipeline company Williams showed up, just a discussion.

A federal judge gave Williams eminent domain to use this land for the pipeline.

"Went as well as it possibly could have," said landowner Megan Holleran. "Everybody was very respectful and pleasant. Everyone was willing to hear the other side and consider it."

Holleran hopes the group can continue to hold Williams off, especially while legal issues are worked out, because she knows once trees are cut, they're not coming back.

"We shouldn't have to be out here standing and interrupting and arguing the tree cutters," said Zeffer. "This is not between us, it's between the courts."

This time it wasn't an argument, but Williams says the pipeline plan tried to avoid the Holleran property, but can't due to obstacles.

Williams says it is only temporarily skipping this spot.

Williams says it is fairly compensating landowners for the pipeline and most accepted that offer.

The few who didn't are now a matter for the courts.

Williams says this pipeline is needed to get natural gas from northeast Pennsylvania to New England and New York.