RUSH TOWNSHIP, Pa. — Flash flooding continues to threaten people in parts of northeastern and central Pennsylvania. The combination of overnight rain and ... 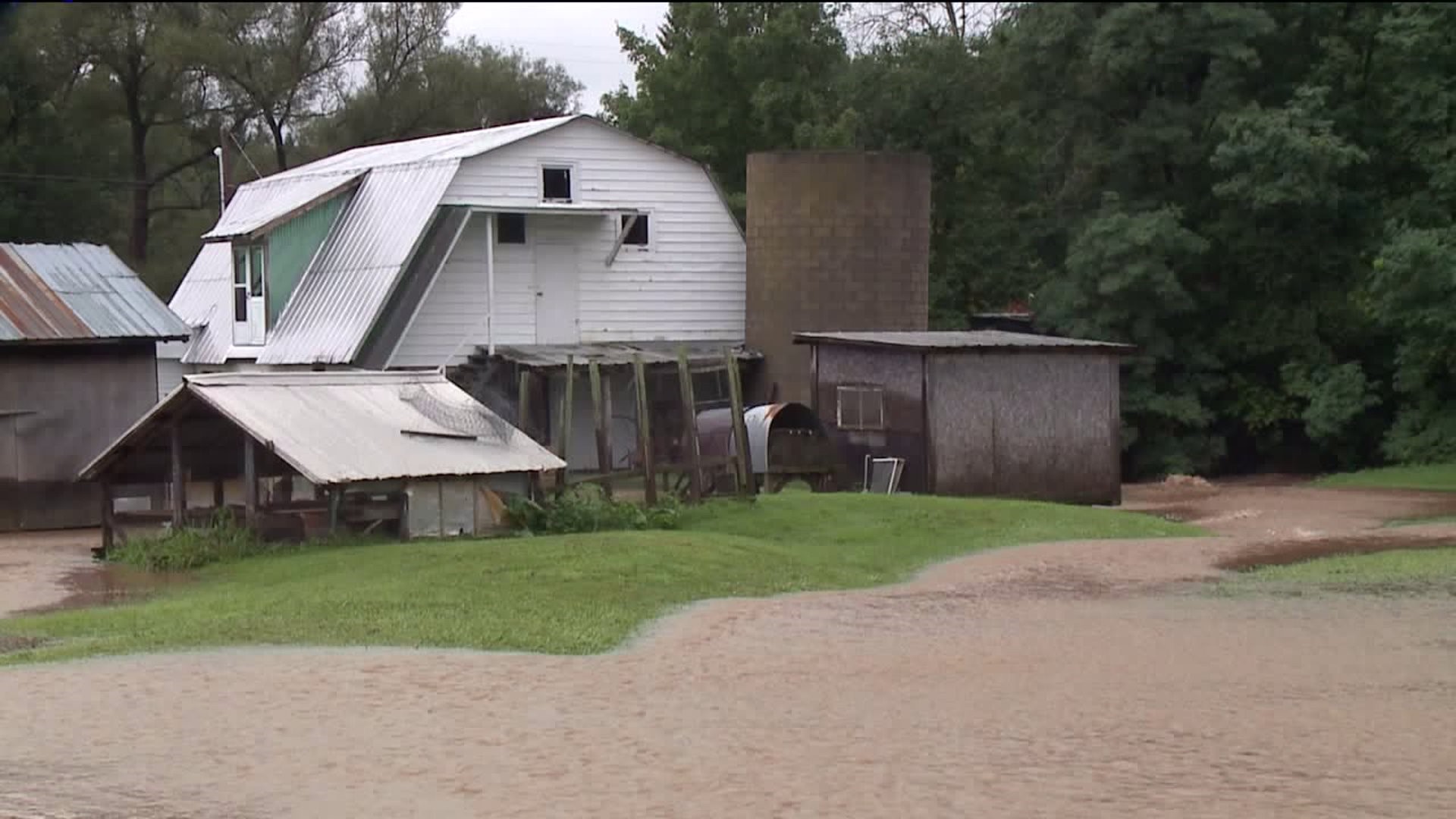 The combination of overnight rain and an already-soggy ground led to trouble for homes and businesses.

Stanley Fiedorczyk boarded up his garage in Lawton. Wyalusing Creek, which runs along his summer home, overflowed its banks. He's preparing for the worst.

"It saves you a lot of work later. You're still gonna get water and mud inside, but you clean up and start over," said Fiedorczyk.

This has been Fiedorczyk's summer home since 1974. He says he's had to deal with the creek flooding four or five times, but this time was surprising.

Flash flooding also caught the family who runs the Lawton Diner off guard. They found themselves serving customers at the counter in a foot of water.

"We've never gotten flooded here, never. All the years he's has the restaurant, we've never been flooded. This is our first time," said Leah Walters of Dimock.

The owner of the diner tells Newswatch 16 neighbors who are also dealing with flooding themselves dropped what they were doing to help save the diner by digging a ditch to divert the water.

"I said that the community here, we might be a small town, but people help out."

A few miles west of the Lawton Diner, Ray Hollister took stock of the damage to his family's farm in Rush Township.

"Well, I'd say this is a hell of a disaster for us because we depend on this garden to live during the winter," Hollister said.

Hollister says in the 55 years he's lived here, he's never seen so much water rushing through his farm. This is the second time he's lost his garden this year to flooding.

He remains positive however.

"We'll live through it. We'll eat the hop toads and bull frogs and all them in the creek. We'll get by."

People living along these creeks will now have to clean up from a flood that caught many unprepared. But in these communities, they're thankful no one has been hurt.