Empty Field, No Park in Susquehanna

SUSQUEHANNA, Pa. — A 14-acre park that was supposed to be open last year in the borough of Susquehanna remains a fenced-off tract of land that sits empty.... 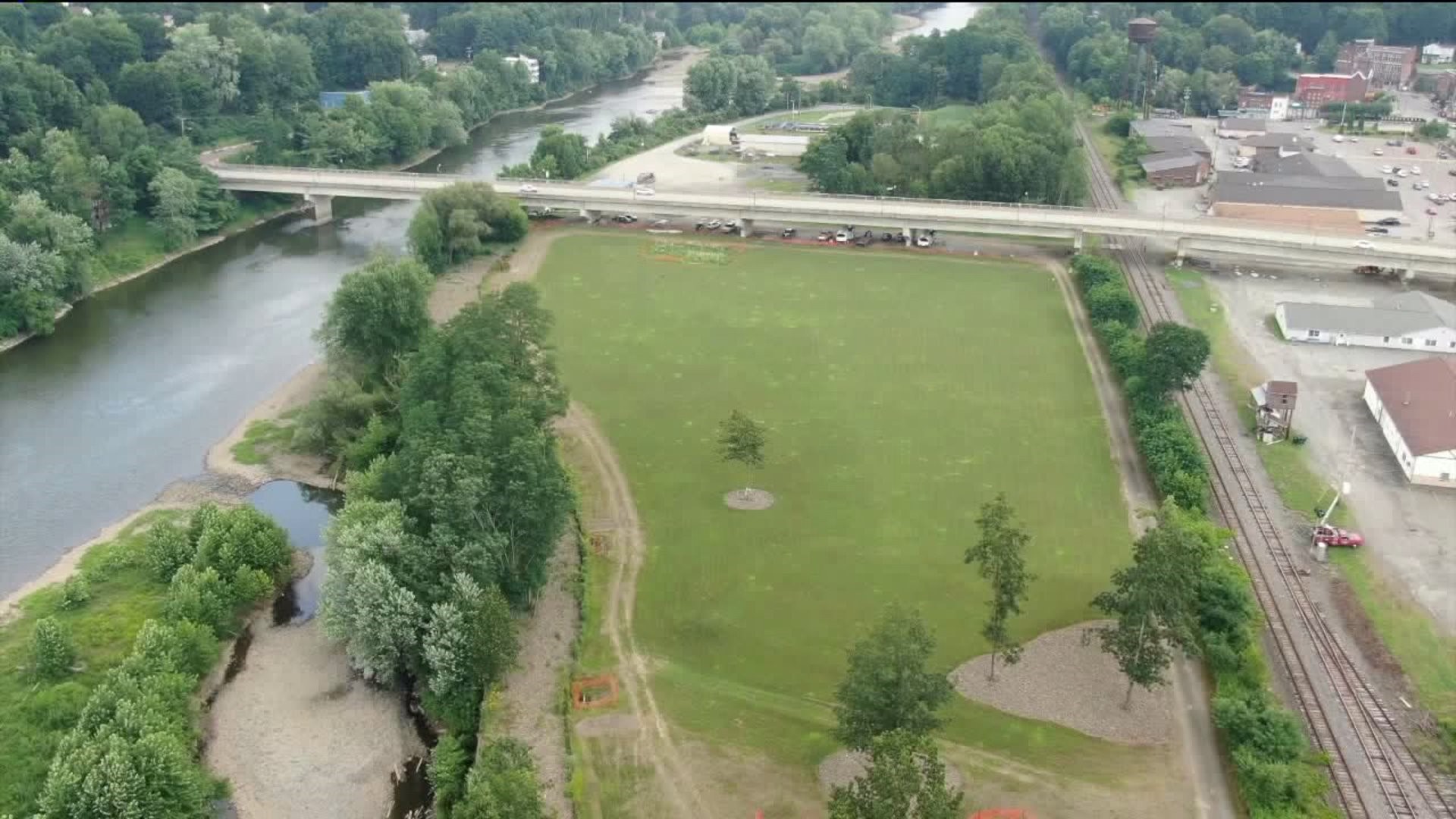 SUSQUEHANNA, Pa. -- A 14-acre park that was supposed to be open last year in the borough of Susquehanna remains a fenced-off tract of land that sits empty.

The state earmarked $250,000 to make the park a reality, and some people in the community want answers.

The land in question sits alongside the banks of the Susquehanna River in the borough of Susquehanna. Borough leaders admit their attempts at turning the land into a park are taking more twists and turns than the mighty river itself.

Susquehanna got the $250,000 grant to build Ira Reynolds Park near the community's bridge in 2016.

In 2017, community leaders were all smiles breaking ground on the project, but two years after turning shovels, the borough is turning people away.

"They put 'No Trespassing' signs in a public park because there's construction happening, but I don't see anything happening here. They're just mowing the lawn," said resident Andreas Plonka.

Plonka and his father are renovating an old railroad depot next to the park.

"And we can't even use it. For two whole years, and who knows how long until then," said Plonka.

"They cleaned it all up, made it look beautiful, and now what? They don't use it," Pete Yakaitis said.

The land housed a railroad stockyard a half-century ago.

The Pennsylvania Department of Environmental Protection cleaned up the area of contaminants in 2012. The cleanup was part of the "Brownfields to Playfields" initiative.

"There have been delays along the way, without a doubt," said Roy Williams.

Williams, the Susquehanna borough council president, says the delays include the time taken to tear down abandoned buildings and clear the land on the site.

"No trespassing" signs are up because some of the park land is considered dangerous due to deep trenches that need to be filled in.

"I hope people will be patient," Williams said.

That patience was tried this month when Susquehanna's volunteer fire department could not hold its hometown carnival in the park.

"These guys are setting up a carnival under a bridge. Why don't they use that over there?" Yakaitis asked.

Williams believes the community will be able to use the Ira Reynolds Park soon. He expects regulatory hurdles, like an exhaustive bidding and accounting process, to free up the $250,000 for lights, fill, and fencing around the park and a grand opening this fall.

"The river is a tremendous asset and just scenic beauty of the community," Williams said. "We would like to capitalize on that."

Williams says sometime next year the park could add a boat launch, making what was once polluted land a community asset beside the Susquehanna River.