MONTROSE, Pa. — There is a heated dispute going on now between county officials and hopeful commissioner candidates in Susquehanna County. Newswatch 16 sp... 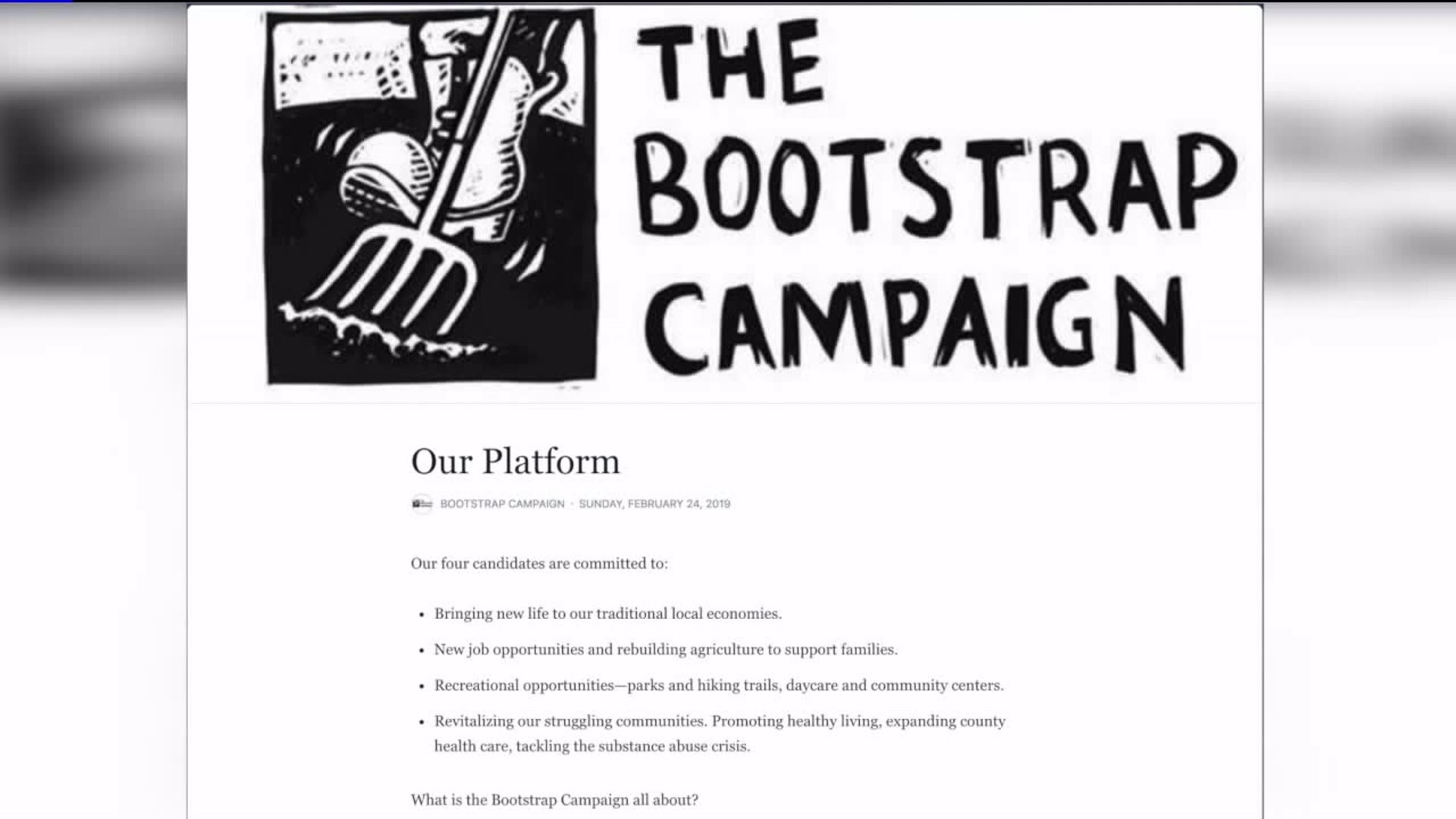 MONTROSE, Pa. -- There is a heated dispute going on now between county officials and hopeful commissioner candidates in Susquehanna County.

Newswatch 16 spoke with a group of hopeful candidates for Susquehanna County commissioner. They are members of what they call the "Bootstrap Campaign."

They tell Newswatch 16 they are trying to run for office but are being bullied to abandon their campaign.

The four Susquehanna County residents have been hard at work garnering support from neighbors in Susquehanna County for the "Bootstrap Campaign," the name they have given to their group as they try to run for county commissioners as a team.

"We are two Republicans and two Democrats supporting each other, listening to what the people in the community want and hopefully providing the services that we require in this community," said campaign member Sue Pipitone.

"This week, they hit a roadblock. On Wednesday, they were summoned to appear for a hearing at the Susquehanna County Courthouse because of errors in their paperwork.

"Questioning the validity of our nomination petition," said campaign member Dana Rockwell. "They are claiming it was submitted to one office but not the other whereas the instructions were very unclear and the help there in the court office was pretty questionable."

These hopeful candidates say the incumbents and their staff are intentionally trying to keep them from the ballot in May's primary election.

"I feel like they are trying to disenfranchise us from running and it's very disappointing," said campaign member Sue Rowe.

"Unfortunately, it's the dirty part of politics that absolutely nobody likes and it's frustrating," said campaign member Judy Herschel.

Newswatch 16 reached out to the current county commissioners and the clerk involved in that hearing inside the Susquehanna County Courthouse. Nobody was available to speak with us.

People who live here in Susquehanna County say they wish the government was more transparent and participation by the public was more accessible.

"If someone is interested in running for office, they should be welcomed at the county level," said Karyn Grausgruber.

An outside judge was brought in to listen to both sides of the argument. He'll now review the information presented and will have a decision in the coming weeks that will determine whether the "Bootstrap Campaign" will be on the ballot in May.