Crews are out in Montrose after strong storms overnight. Check out the status of the electrical service in your area. 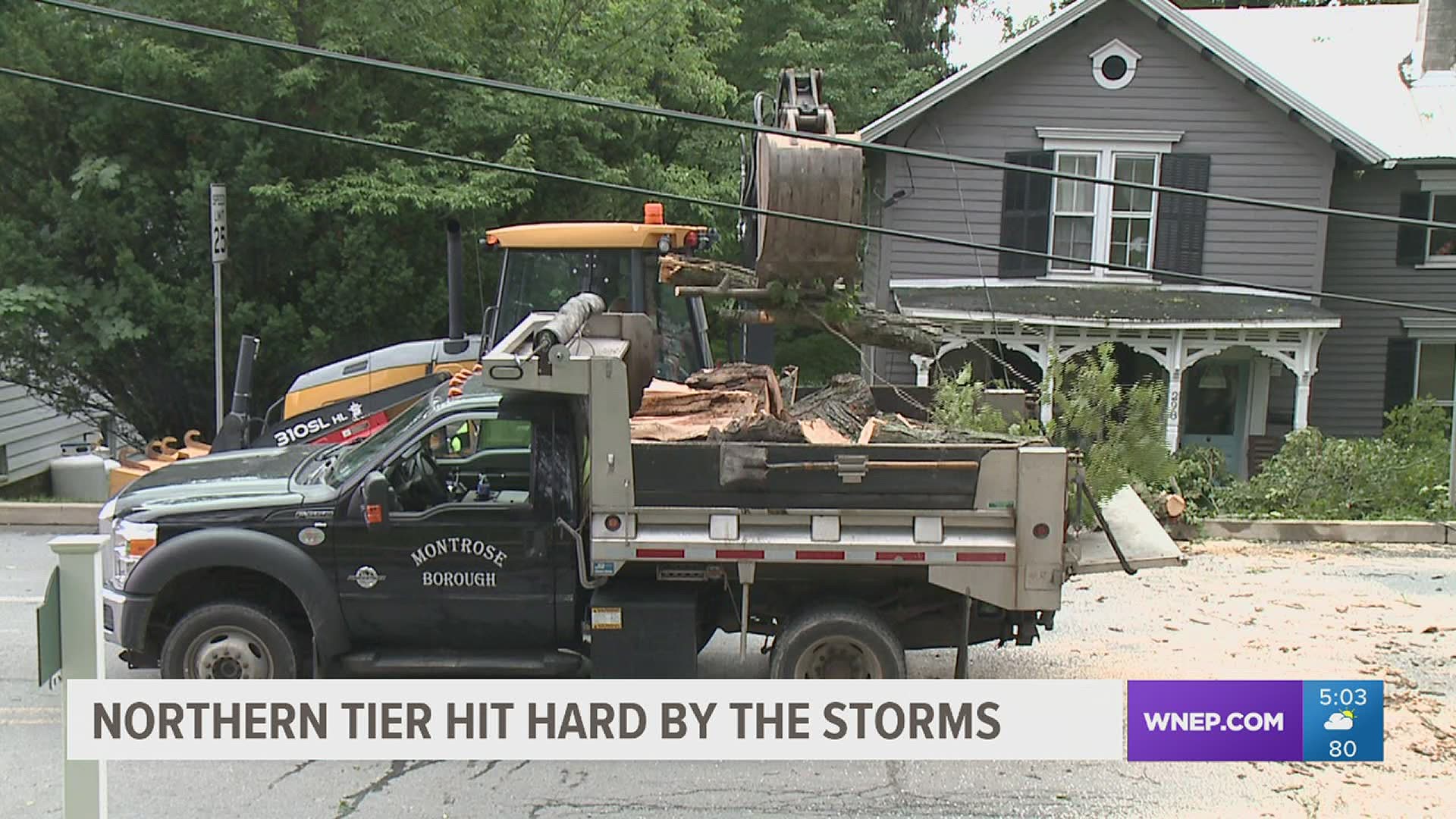 MONTROSE, Pa. — Many people are once again cleaning up after strong storms overnight.

A tree came down on wires on Grow Avenue in Montrose. People who live in this neighborhood say the storm moved through this part of Susquehanna County around 10:30 p.m. Wednesday and knocked out power.

As crews worked to restore power to many parts of Susquehanna County, those affected had a few concerns.

"We've got a freezer full of food, and what have you, and it's been over 12 hours now, so I don't know, we'll see," said Donna Herman.

The Hermans, who live along Grow Avenue in Montrose, had bigger problems facing them and their neighbors on Wednesday night.

"I called 911 and let them know what people were going through. The tree was high enough off the ground where it broke off where you could get underneath it if you drove underneath it. But there were power lines everywhere. I didn't know if they were alive; I wasn't going to get down on the road," explained Ed Herman.

"It sounded like a war zone. There was lightning in all different directions; it was cloud to cloud. I'm a retired Earth Science teacher, and it was cloud-to-cloud lightning, and it was nonstop for about an hour, and it really came down. It was nasty," added Dennis Holbrook, who lives nearby.

Aiden Yager, age 10, had a front-row seat to the storm and its aftermath.

"Just a big tree that hit our house. Our porch, our porch roof is not straight anymore; it's kind of like dented," Aiden explained.

Luckily, the damage was minimal, and no one was hurt, just a little shook up.

"Out of nowhere, when I was watching TV to go to bed, I just heard a 'thump,' and then out nowhere everything went out," said Aiden. "I feel lucky because it didn't hit and crash through our house. No glass was broken; it was only a little damage to the roof."

After that, it was just a waiting game as municipal workers, and power crews worked to clean things up and restore power.

"These power crews have been here since midnight trying to get the power lines out of the road. I've been down here with a couple people from the fire company trying to keep people from running down this street and running into them while they're trying to work," said Holbrook. "It's all over the county, and they're doing the best they can with the limited amount of personnel that they have." 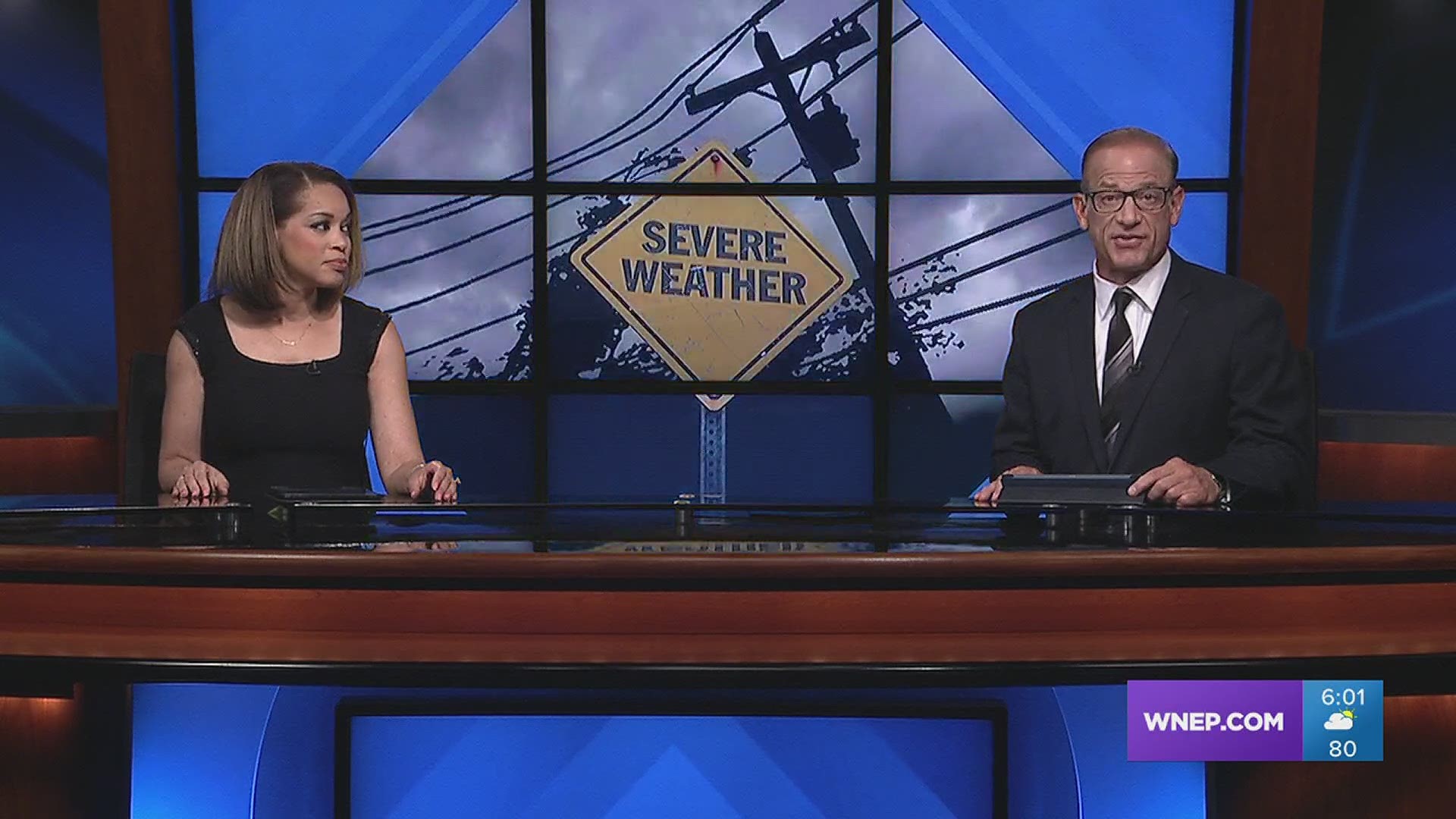 Click here to check on power outages in your area.

Get the latest Stormtracker 16 forecast here.