Elk Lake Band Director Kathleen Amabalie had a surprise for her students. 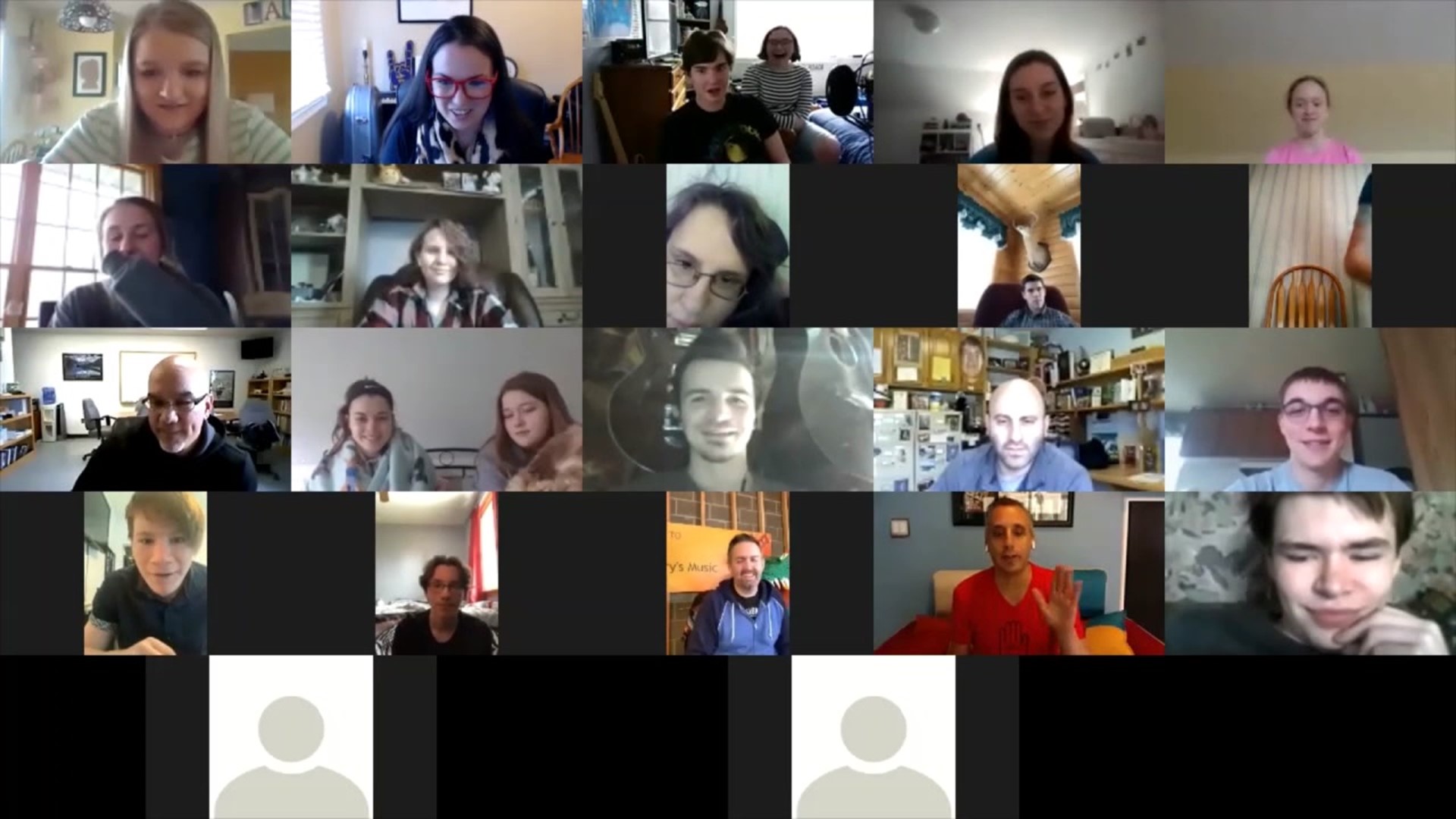 SPRINGVILLE, Pa. — Zoom calls with students and teachers have become a regular occurrence, including for members of the Elk Lake High School Marching Band in Susquehanna County.

Band Director Kathleen Amabalie has coordinated them so her students can talk music.

But this call would be a little different than others; she had a surprise for her students.

Joe Gatto is one of the stars of a show called "Impractical Jokers" on Tru TV.

On the show, Gatto and his co-stars travel around the country and play jokes on an unsuspecting public.

While the show is not filming during the pandemic, Gatto posted on social media that he wanted to crash some zoom calls.

Amabile applied, and the reaction of her students was exactly what she hoped for.

"And then I'm like, wait! Oh my gosh!" said Mario Mollo, senior. "Then the whole chat just exploded, and everyone started dying of laughter.  It was amazing! Truly a great experience! So funny."

Gatto chatted with the group and gave each student a short personal message.

He added that this was his favorite classroom crash so far.

After he left the call, the kids were still in shock.

"Our concert was supposed to be a couple days ago, and everything else has been canceled. This was such a nice thing for all of us to get together," explained Lizzy Rothwell, senior. "I think this is the biggest group call that we've had.  It was nice to see more and different faces then have someone come in that we had no idea who it was.  It was just so cool."

This was one moment these Elk Lake students and teachers will remember about their 2020 school year forever.