After a year off from the pandemic, the camp in Susquehanna County has special events planned to mark 100 years and campers feel the history. 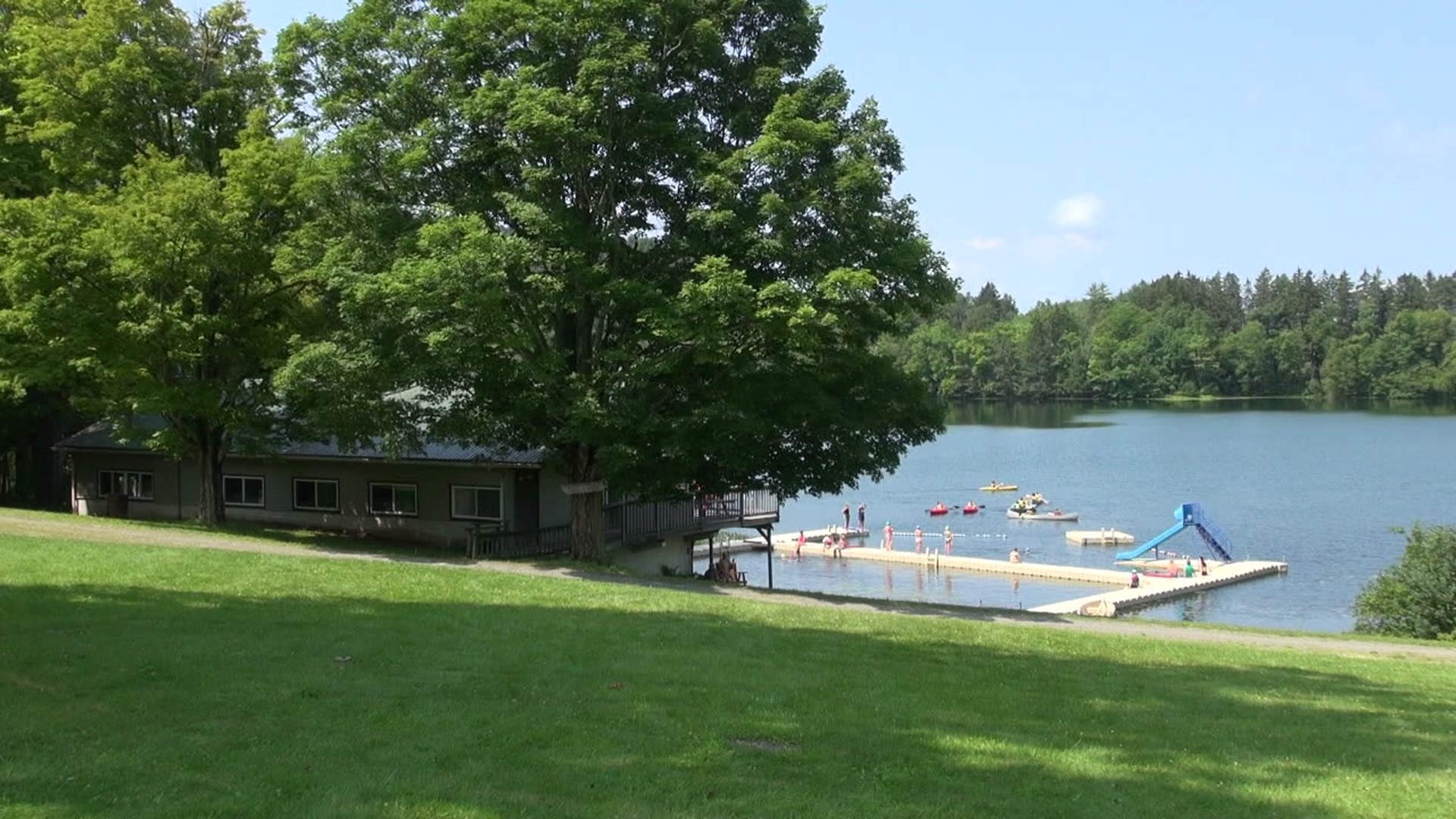 KINGSLEY, Pa. — Camp Archbald is a tradition for girl scouts each summer—learning new things, making new friends, seeing old ones, all while having fun.

Girl Scouts have returned to the camp outside Kingsley in Susquehanna County, which wasn't possible last year because of the pandemic.

Camp Director Jamie Puchalski says it took a lot of planning to be able to have campers come into a safe environment, but the reward for the work was priceless.

Camp Archbald is celebrating its 100th year of hosting Girl Scouts, and many former scouts like Gretchen Ludwig have returned as camp counselors to be a part of this special season.

"I really do you feel like I'm part of something bigger and part of a really monumental kind of event for it to be like the 100 years," Ludwig said.

Camp Archbald is the second-oldest Girl Scout camp in the country. Campers and staff alike know that this year they're part of something special.

"A bunch of Girl Scouts have walked here, and if you look on the walls of every single cabin, there's writings from years ago. We found one from the 1920s on a wall, and we read it, and it's such a nice one. It says, 'This is the greatest camp I've ever been to,'" said camper Charley O'Brien.

Along with regular camp activities, camp staff members are trying to work in some history to help commemorate the century of campers.

"Trying to bring back some of those traditions or some of those songs that were you know maybe not sung recently but were sung, you know, in the past and trying to integrate a little bit of that," Puchalski said.

A larger celebration planned for September to mark 100 years of Camp Archbald will include digging up the original time capsule and burying a new one for the next century.