LENOX TOWNSHIP, Pa. — Traffic cones and closed signs still sit along the bridge on Route 374 in Lenox Township. The bridge in Susquehanna County had been ... 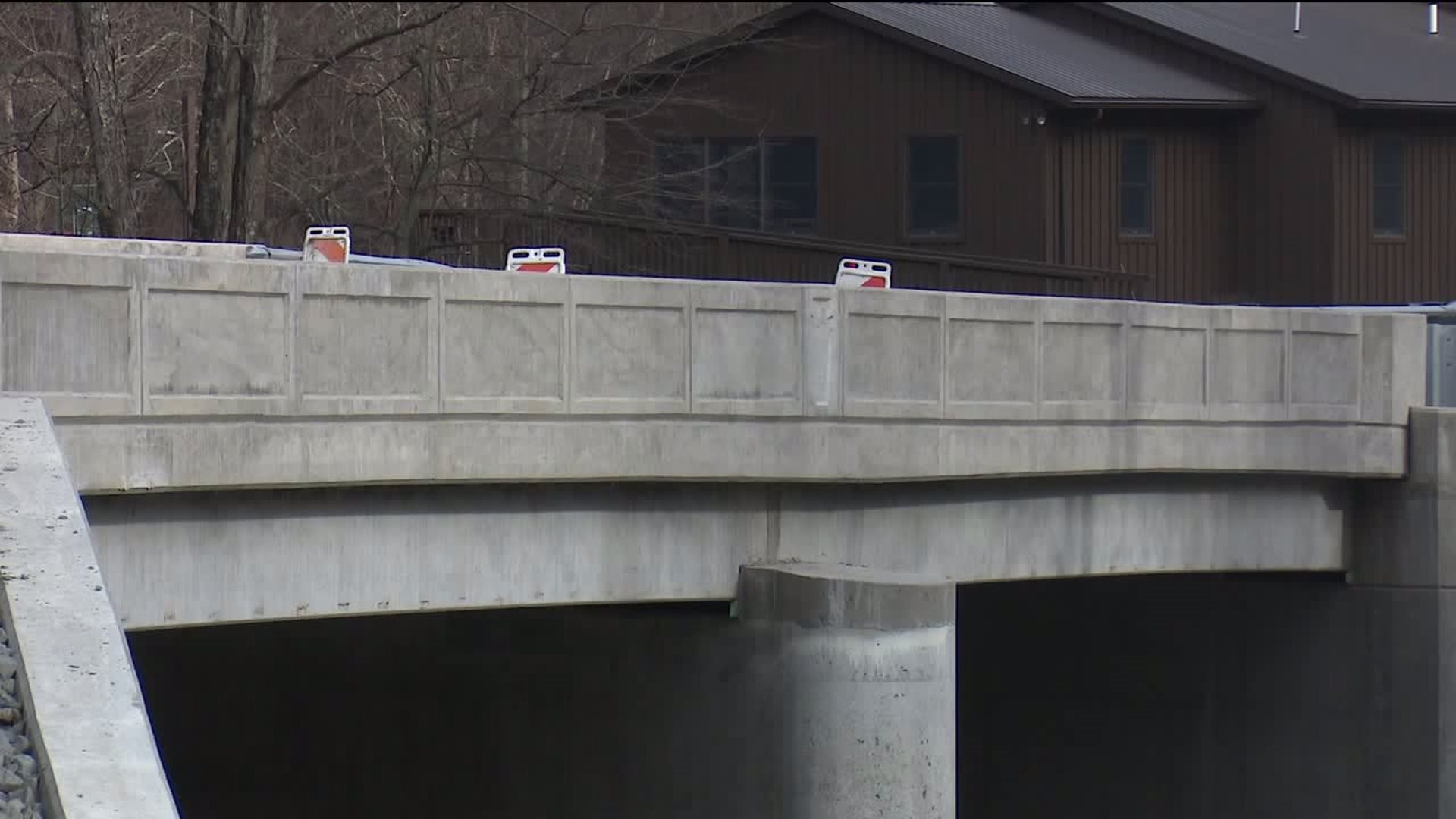 The bridge in Susquehanna County had been closed since June, but after several months of repairs, it is back open.

"Just saves a lot of time from having to go around as many months as it was out," said township resident Mark Urda.

Glenwood Tire Auto Center is less than a mile from the bridge. Owner Richard Pompei says the closed bridge made it much harder to sell and repair cars.

"Business sales have fallen off. roughly. We are 24 cars behind of what we would be for the year," said Pompei. "Trying to explain for somebody to get here and it's 10 to 15 miles out of your range. They got to drive one exit north then drive the back roads. It's been a very, very frustrating year."

This was one of 12 bridges in Susquehanna County that was part PennDOT's rapid bridge replacement project. Officials say the bridge was built in the late 1950s and needed some repairs.

"Our business has fallen off 30 to 40 percent, so we gotta plug along and hope we get by the next couple years," Pompei added.