NEW MILFORD TOWNSHIP, Pa. — A teenager from Susquehanna County was killed in a crash in New Jersey over the weekend as her family was returning from vacat... 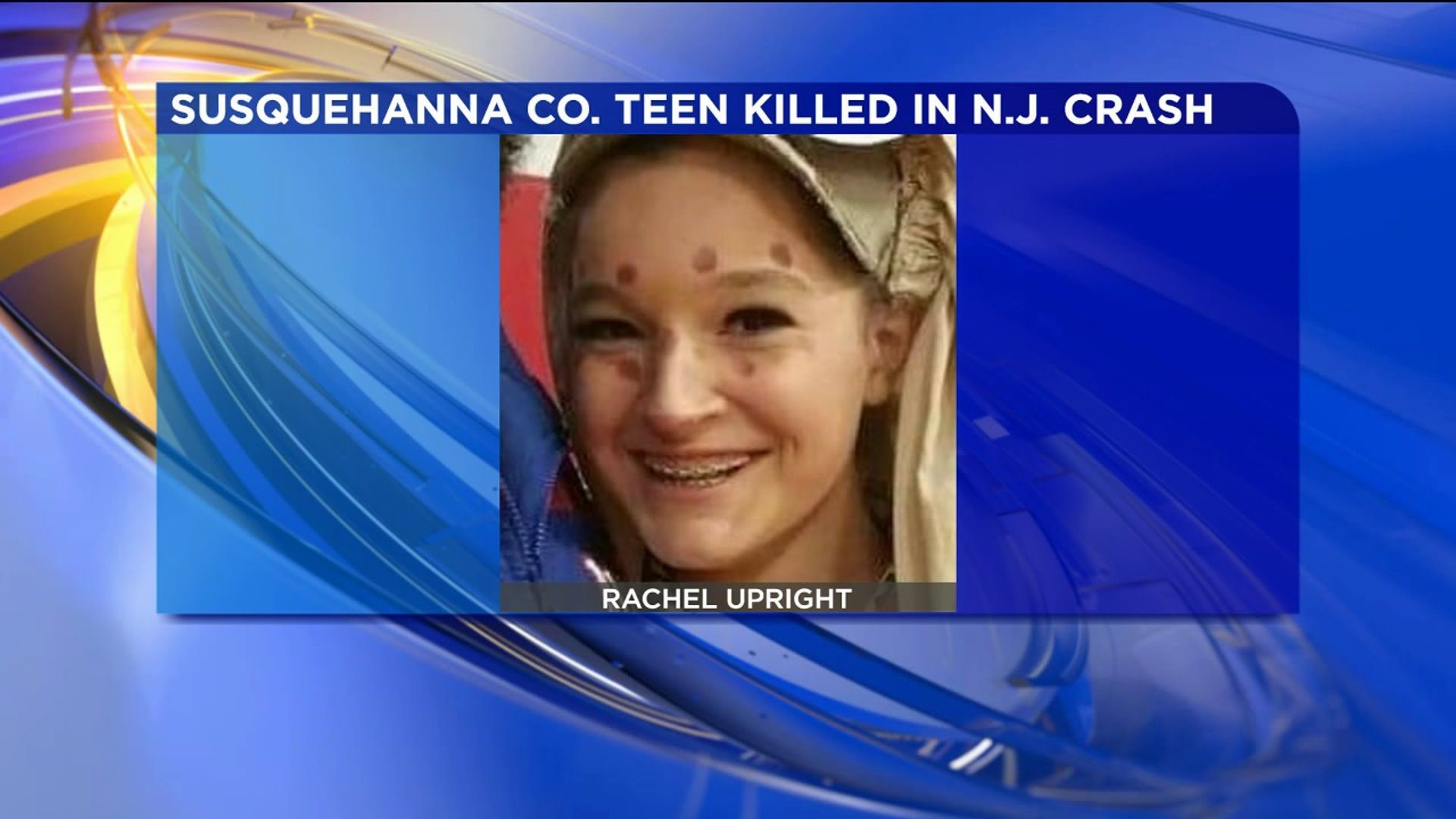 NEW MILFORD TOWNSHIP, Pa. -- A teenager from Susquehanna County was killed in a crash in New Jersey over the weekend as her family was returning from vacation.

Administrators from the Blue Ridge School District in Susquehanna County say they were together for a school event Sunday afternoon when they learned the devastating news that a high school student in the district had been killed the day before.

They say Rachel Upright, 15, of New Milford, was with her family when the deadly crash happened Saturday in New Jersey.

"You always fear the time when something would harm one of our students, and this is one of those times -- start of summer when kids should be enjoying the summer days off of school, and they're faced with a tragedy that just occurred," said Blue Ridge Superintendent Matthew Button.

Pictures from the Asbury Park Press show a deadly wreck on the Garden State Parkway near Bricktown, New Jersey. The wreck closed the northbound lanes for three hours Saturday evening.

Officials at the Blue Ridge School District say even though it is summer vacation, school counselors will be on hand all week for students and by appointment for the rest of the summer break.

Friends say Upright was with her family on their way home from a week at the beach.

New Jersey state troopers say the SUV she was in along with another SUV were both parked on the side of the highway when another driver hit the back of one of the SUVs, causing a chain-reaction crash.

School officials say the tragedy in New Jersey is being felt here.

"I knew her for many years. I was the elementary principal here and she went all through my building during her elementary years. She was a student that was involved in athletics, honor roll student, and just a student of high character," Button recalled.

New Jersey state troopers say one other person was hurt in the crash, but that person is expected to be OK.

The crash is under investigation.

A GoFundMe page has been set up to help the family.