HERRICK TOWNSHIP — It’s been a busy week on a farm in Susquehanna County between the blizzard and a bunch of baby goats born during it all. Now thos... 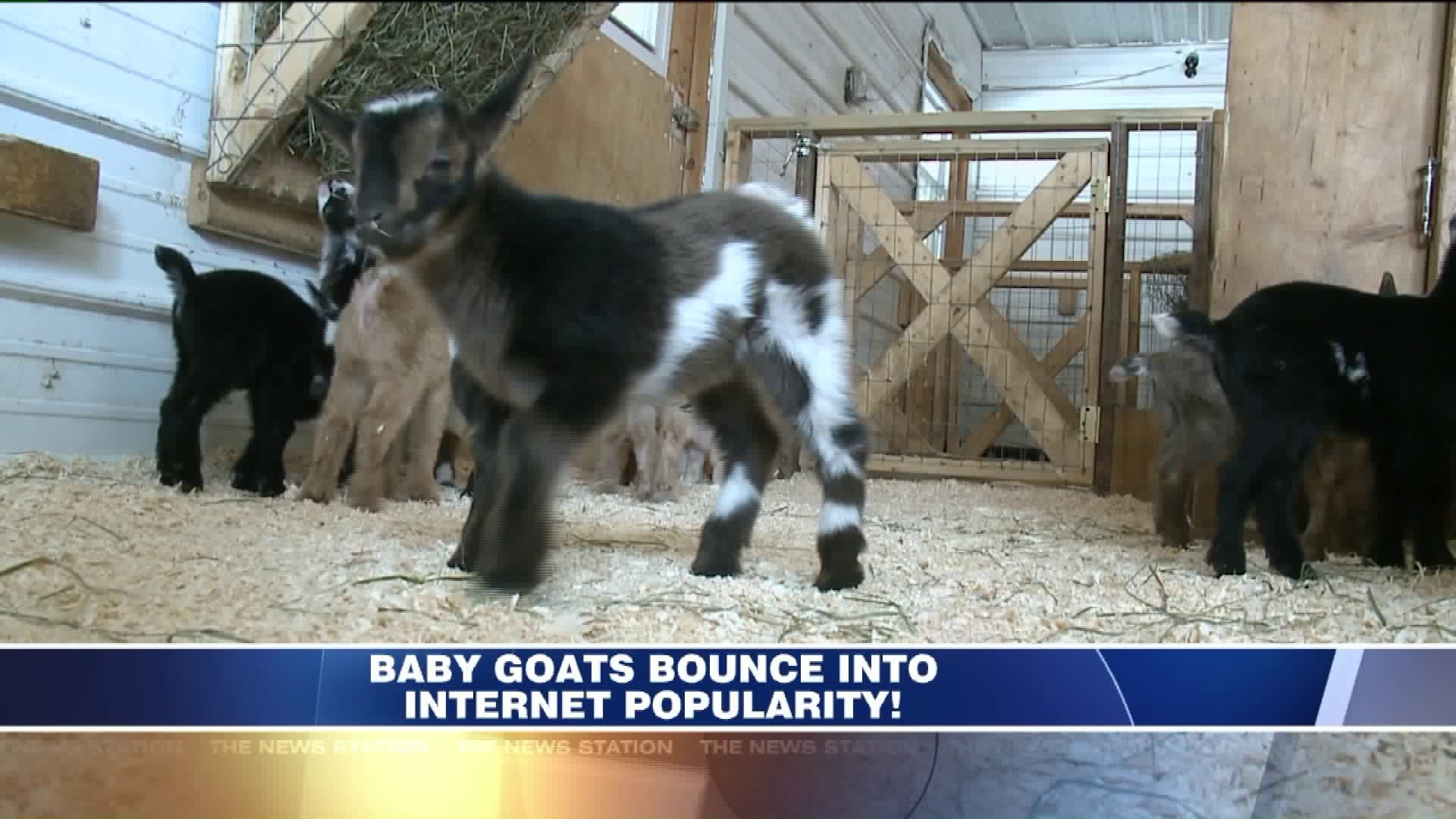 HERRICK TOWNSHIP -- It's been a busy week on a farm in Susquehanna County between the blizzard and a bunch of baby goats born during it all.

Now those kids are finding themselves a hit on the internet from coast to coast.

One way to be sure spring has sprung is two dozen four-legged kids bouncing up and down at DeHaven Family Farm near Union Dale.

"Lots of babies, yeah, lots of babies. This is the most amount of babies we've ever had," said Chris DeHaven, owner of the farm.

Chris and Jill DeHaven are surrounded by cuteness. Six straight days of births. The DeHavens' son, Cody, couldn't get enough of the dwarf goats which are smaller than the toddler but full of energy.

"They're great for pets. People get them for pets, for 4-H to show, and they're actually a dairy goat," added DeHaven.

Last week, the farm was one busy place outside with Chris plowing and shoveling and everyone else inside helping the bucklings and doelings come into the world.

"So I go out every so often and stay ahead of it and she's in here delivering babies by herself left and right," said DeHaven.

Just like she does each year, Jill posted a video of the newborns bopping around in their barn to Facebook. Before long, hundreds of thousands of people saw it. Then, Good Morning America showed it on WNEP-TV.

"We got contacted today by stations in Florida and California," said DeHaven. "It's going everywhere. It's crazy."

Two more of the DeHavens' goats have yet to give birth. Many of the kids are already taken but, believe it or not, some are still available for purchase.

What will never leave this farm, however, is the memory of how DeHaven Family Farm grew in the toughest of situations.

DeHaven Family Farm opens to the public in the fall with all sorts of animals to see up close, just without these signs of spring.