Kids prepare their animals for people to bid and buy starting Saturday. 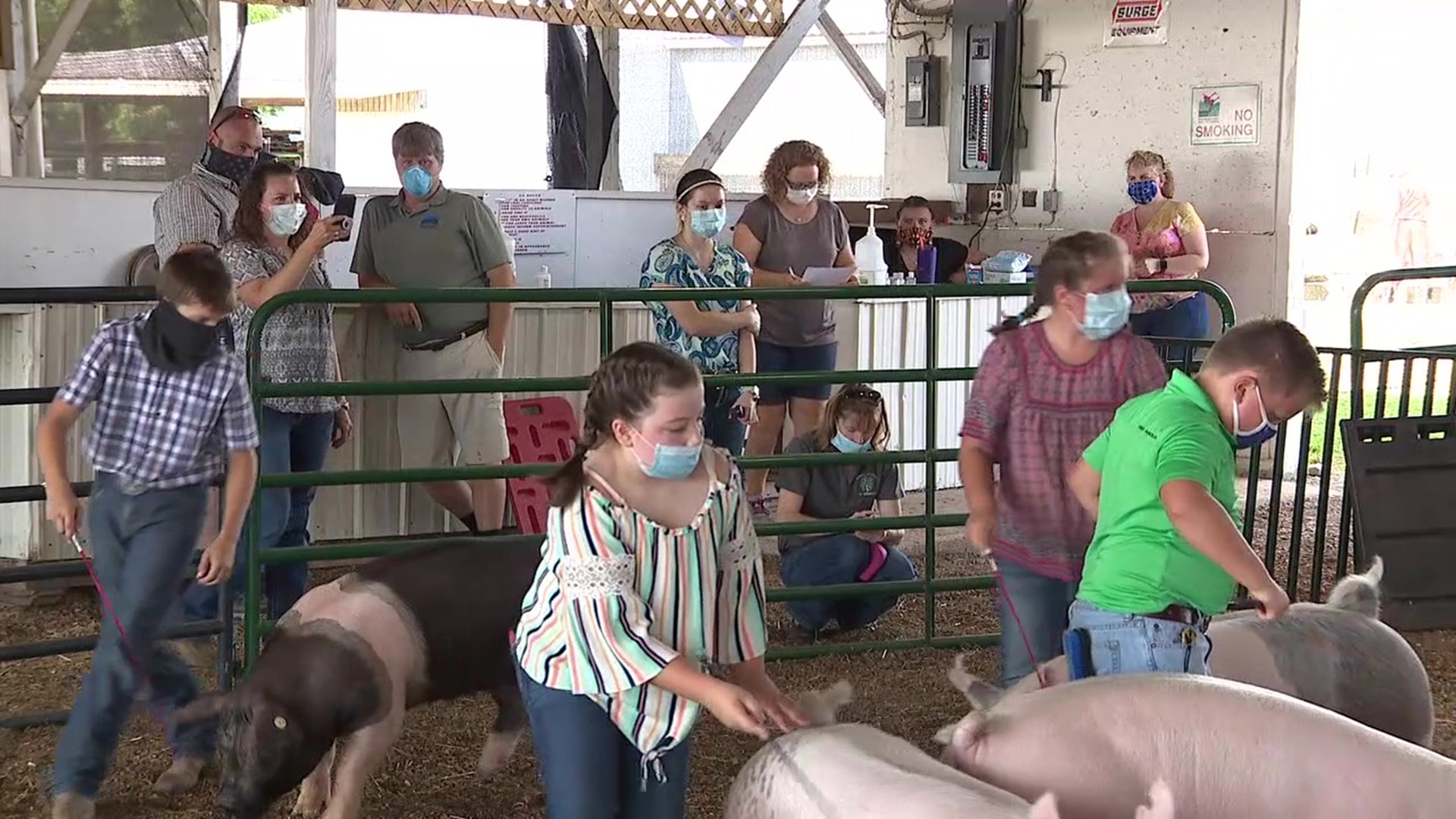 HARFORD, Pa. — The sights and sounds of animals at the Harford Fairgrounds almost made it feel like the fair was going on.

On July 7, the fair committee announced that there would be no fair this year due to the coronavirus and that meant no livestock auction for kids raising animals in 4H.

On short notice, volunteers and members of the Susqco Youth Ag Foundation stepped up and were able to put together a virtual auction for kids to be able to sell their animals.

"This event is due to them. We could not have raised the money. We couldn't have gotten the volunteers without all of our community pulling this together and that's what we had to do. Otherwise, we were going to have nothing," said Susqco Youth Ag Foundation Secretary Cathy Bewley.

"I was really excited. I was like, 'Wow, people do actually love doing this,' and I was really hoping that they'd do this for the kids and they did and it turned out amazing," said 4H membervMorgan Tweed.

Kids who chose to participate in the sale were able to bring their animals to the fairgrounds while following COVID-19 restrictions.

The animals were judged to set a fair starting bid for the auction.

There were fewer entries than there would normally be during fair week.

"Since our three cows that we do have are the only ones in the class, I knew out of the three I had the better one. I kind of thought I was a shoo-in and it turns out I got grand champion, so it was pretty cool," continued Tweed.

These kids have spent the last several months raising and working with these animals so leaving them is bittersweet, but they know that the reward at the end is what they're working towards.

"It's a great experience. We get to learn the economics of how we buy the animal, raise it up, and in our 4H book there's all kinds of budgeting stuff that we get to learn and it's very good for us," said 4H member Alex Empet.

If you'd like to check out or bid on the animals up for auction, you can find the link here.