16 To The Rescue: Mudflap 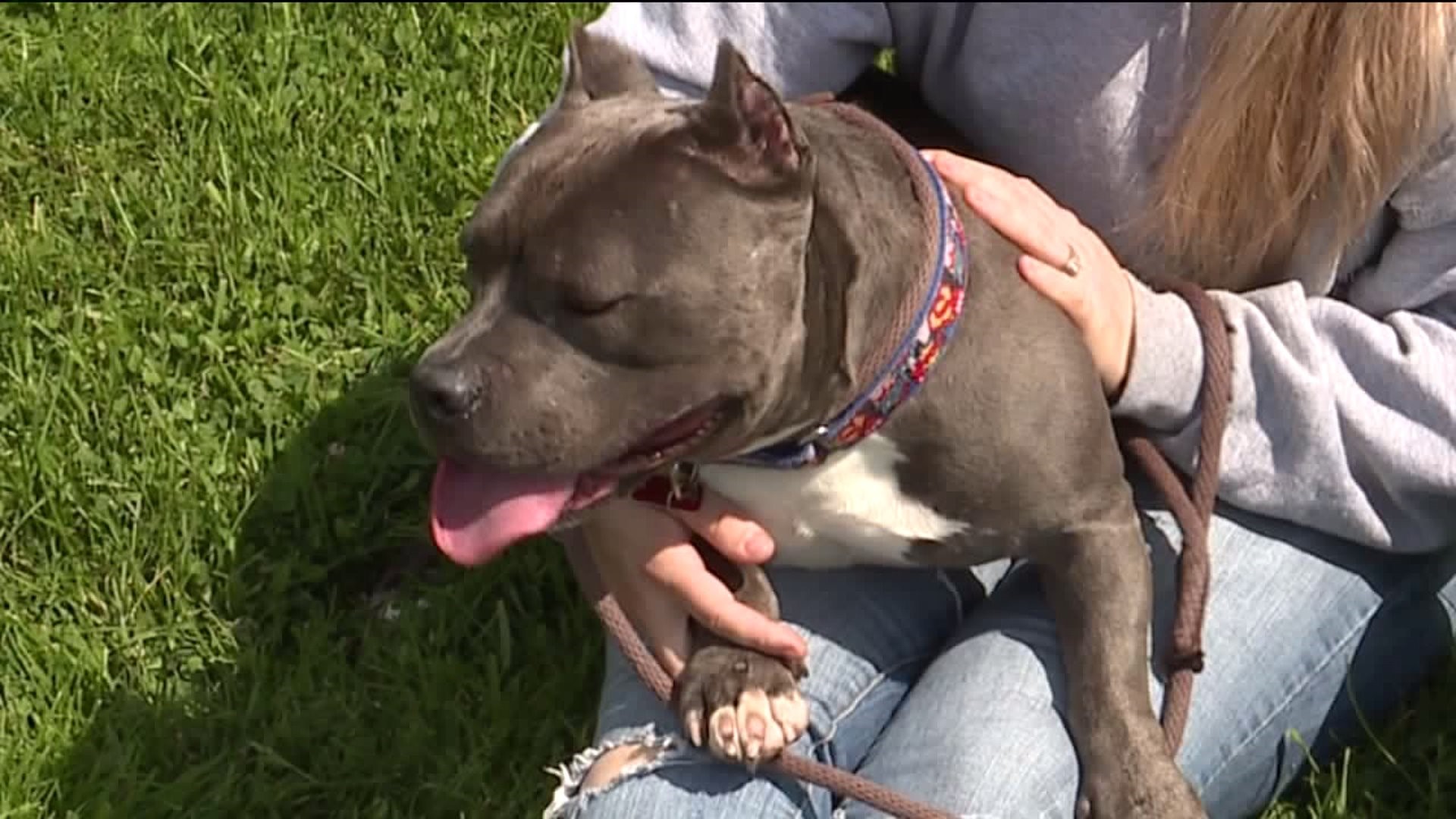 UPDATE: Mudflap has been adopted.

Mudflap is a lot smaller than other dogs his breed, due to dwarfism.

"He is kind of a special needs guy. He walks a little bit funny but it makes us love him more," said Marci Zeiler.

Workers say people are drawn to him and his tiny legs because he's cute -- but his cuteness comes at a cost.

"This is, unfortunately, bad breeding at its finest and he's going to have some struggles because of that. He is going to have a harder time getting around as he gets older."

Some of those struggles include not being able to do steps and scraping his front paws on walks.

"Because of the dwarfism, he does kind of drag his feet a little bit, so we try to keep him on the grass more than the pavement, so going for walks for him we have to keep it kind of short."

Mudflap makes up for his shortcomings with his big heart… and tongue.

"He loves people, he's good with kids, he's really great with everybody. He doesn't like other dogs or cats though, so he does have to be the only animal in the home but he's plenty," Zeiler said.

"Kind of a couch potato dog, this is all he really wants to do is just sit in your lap, that's about it."

Workers hope someone sees his story and wants him, no matter his size or struggles.

"He is going to require a little bit more than your average dog but he loves everybody and he's worth it, for sure, he's a good boy."

If you're interested in adopting Mudflap, get more information here.