CHERRY TOWNSHIP — The National Weather Service confirmed that a tornado touched down in both Bradford and Sullivan Counties. Some believe the same tornado... 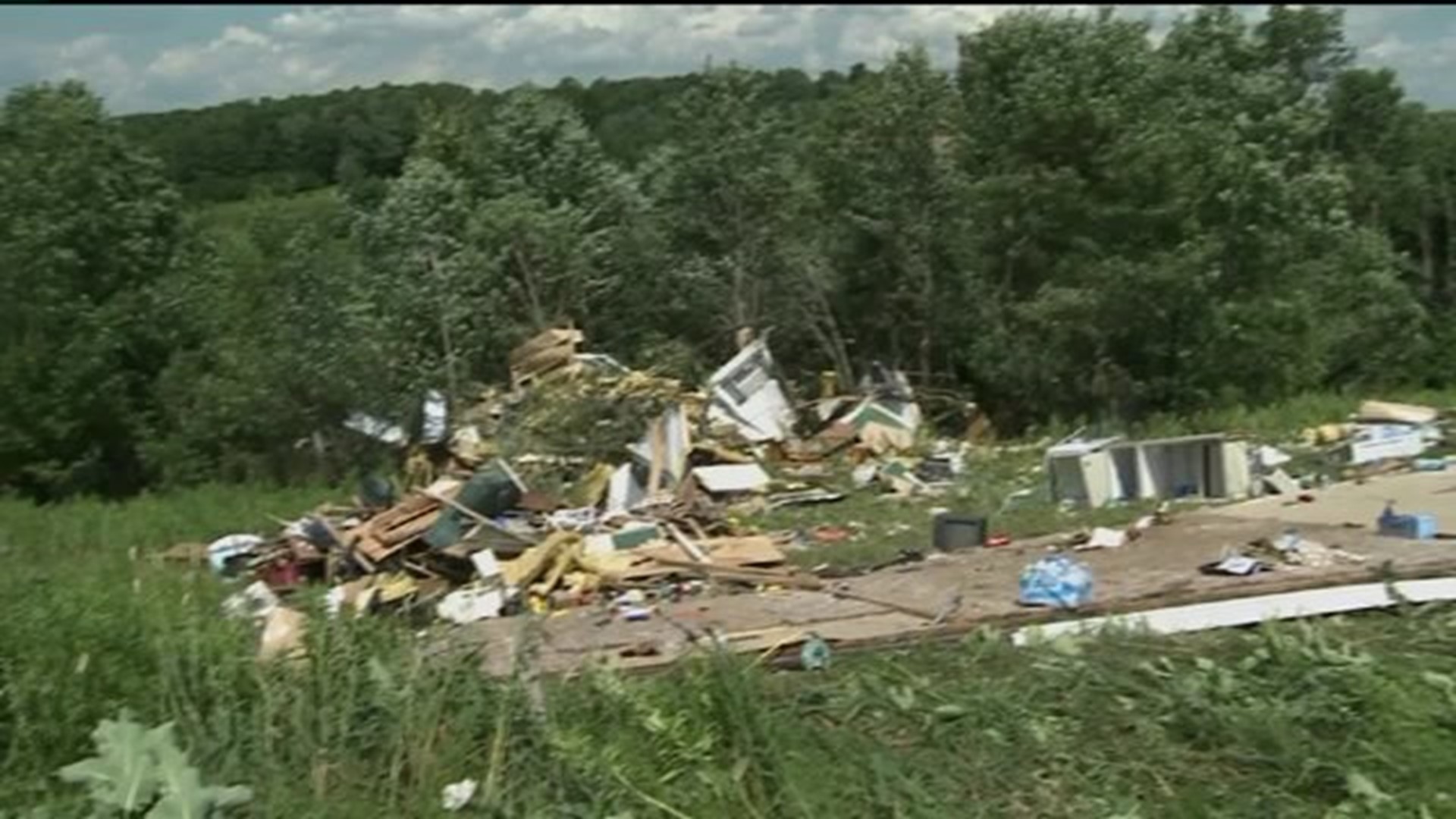 CHERRY TOWNSHIP -- The National Weather Service confirmed that a tornado touched down in both Bradford and Sullivan Counties.

Some believe the same tornado that hit Bradford County also touched down in Sullivan County and destroyed property and terrified homeowners.

The tornado destroyed one home and damaged several others in Cherry Township near Dushore.

One was torn apart by high winds. The family hid in the basement when the tornado blew through.

We spoke with them about surviving the storm.

"We heard a lot of stuff, a lot of debris, but we were together so it was good."

Sue Sclenka's home near Dushore is in pieces. The place on Elys Road was in the path of a tornado that touched down Tuesday night.

The tornado destroyed the attached garage and peeled away parts of the roof which were thrown yards away. The house has been condemned.

The Sclenka family collected what they could from their home.

"Finding the pictures and my daughter's pointe shoes that was laying out, just things like that I was able to collect," said Sue Scklenka.

Sclenka was there with her family when that storm passed through. She said she saw a funnel cloud coming their way.

"We weren't sure and then we were like, 'Oh, my God. It's coming right towards us' and we went inside."

Four family members spent about 15 minutes down stairs in the basement in the bathroom huddled together. Even their dog was down here. When they finally made their way back outside they couldn't believe what they saw.

"And it came through, we stayed there for a little while. We came up and everything was gone."

Up the road it looks like the same twister hit a family farm. The Harveys took cover in their basement.

"I got halfway down the steps, that's when glass started breaking, stuff started hitting the fan, bad," Joyce Harvey recalled.

The Harveys and their cows are unhurt but, a barn was ripped from its foundation. Trees were pulled from their roots. High winds broke windows and threw pieces of building all over.

"There is tin all the way over on the other side of that woods. It was harsh.

The tornado demolished a mobile home a family used as a summer home down the road from the farm. Luckily no one was there at the time

Back at Sue Sclenka's, she vowed to come back with her family.

When the danger cleared, the families that were hardest hit got help from hundreds of neighbors. Some helped put a tarp on what's left of the home.

They can stay with family and friends for now

Power is still out for some homes in the area but they still have a lot of cleanup and rebuilding to do near Dushore.