Earlier this month, he condemned the school's Gay Pride display. 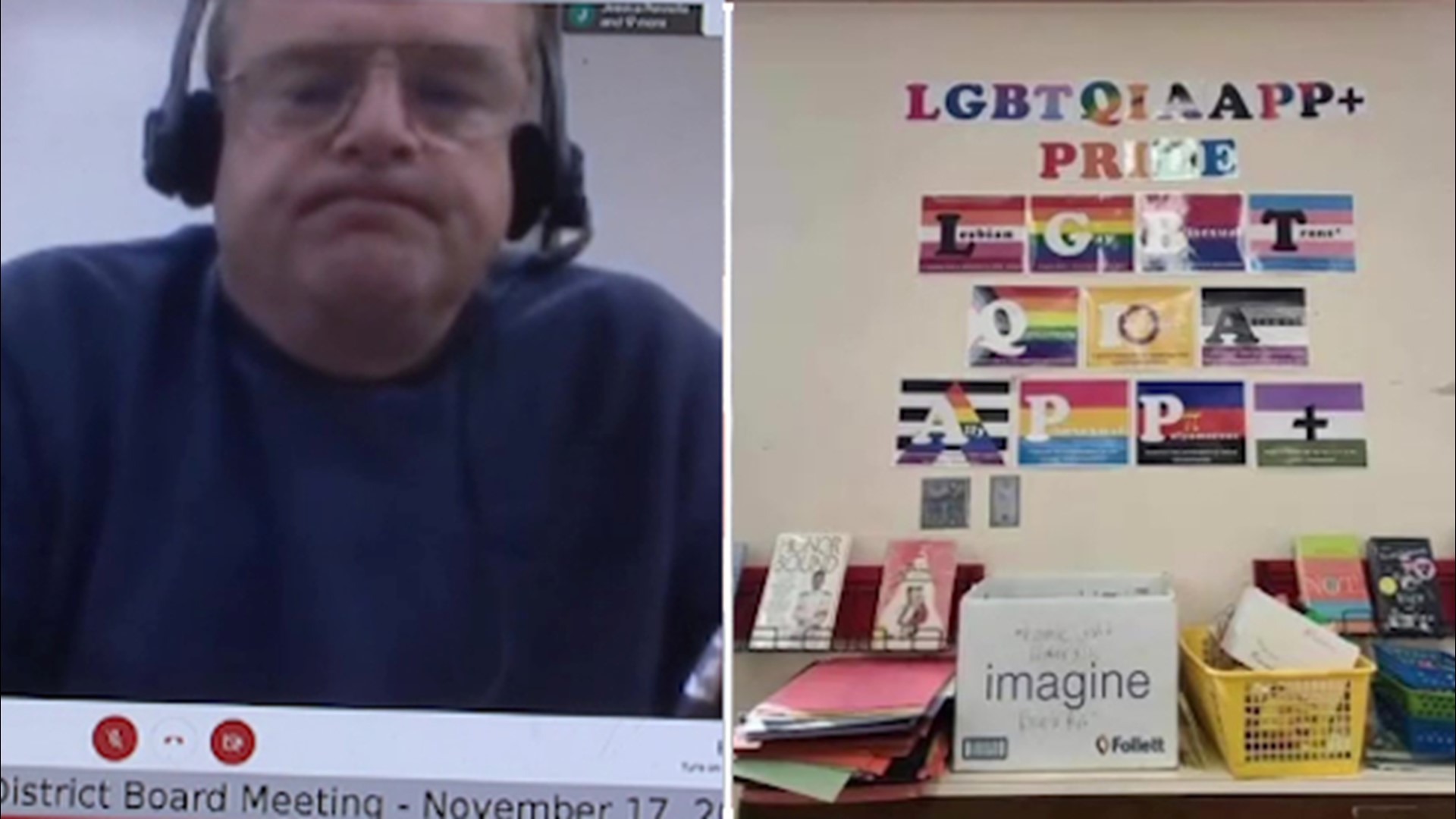 LAPORTE, Pa. — The Sullivan County School Board held its virtual meeting from the high school's library, the same room where the district's LGBTQ display is located.

Earlier this month, a school board member condemned the school's Gay Pride display.

District officials said the intention of the display was to educate and inform students.

Instead, the display was dropped into the center of controversy after school board member Tim Nitcznski equated it with the KKK at the board's meeting earlier this month, calling it a "rainbow in the library" and, "I am thankful that my kids and I have no grandkids attending that, but I feel it is being crammed down our throats, and I do not like that."

At this current meeting, Nitcznski apologized.

"My name's Tim Nitcznski, and I'd like to say that I'm sorry for the comments that I made at the committee meeting on November 10th. I did not mean to defend anyone or any group with my comments, thank you,” he said.

Nitcznski's words drew a harsh response from the community in Sullivan County.

During public comment, two of the callers just wanted Nitcznski to know how much his words hurt.

Both callers said they were graduates of Sullivan County High School.

One said he was gay and described a lifetime of struggling with who he was.

"Locking down my feelings and ultimately, who I truly was as a person led to mental health issues. I locked my feelings in a box that took 17 years to open. Imagine living a life not being able to be who you truly are for 17 years,” he said.

"Hate speech was spewed towards the LGBTQ community at the previous school board meeting. The same that causes the line of individuals to take their own lives or at the absolute very least, feel unloved, unwelcomed, and ostracized by a community that is meant to uplift them,” said the second caller, a woman.

All of the board members, including the board president, declined to comment as they came out to the meeting.