DUSHORE, Pa. –The damage in Dushore is severe after a powerful overnight storm. Massive trees were uprooted, debris was strewn all over roadways, utility ... 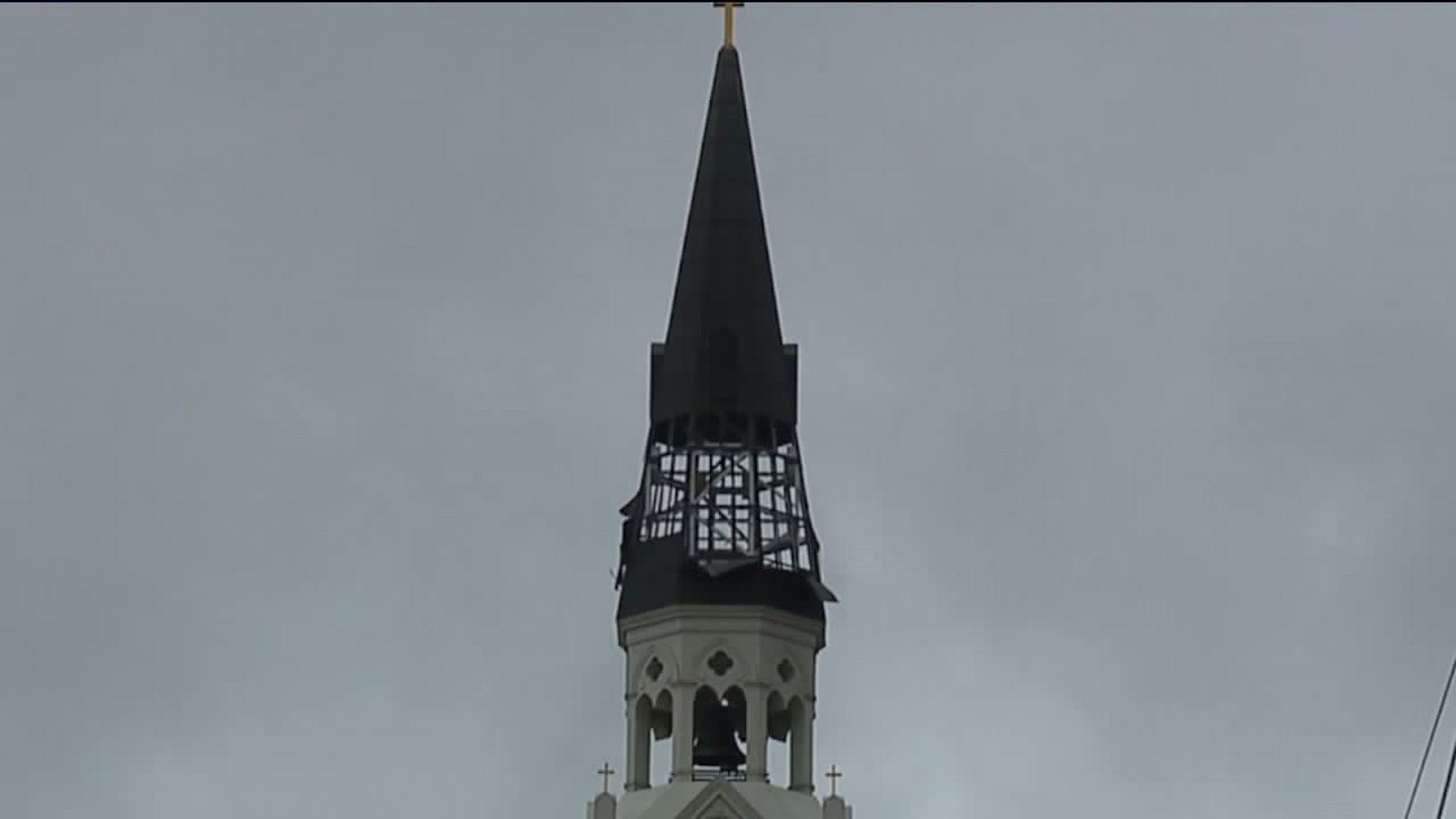 DUSHORE, Pa. --The damage in Dushore is severe after a powerful overnight storm.

Massive trees were uprooted, debris was strewn all over roadways, utility lines were down and power was out.

The steeple of a church in Dushore was damaged.

Roadsigns were knocked down.

A tree fell onto a Methodist church and the house next door.

John Shoemaker owns the house but does not live there. He was renovating the inside into an office space.

A large tree was left resting on the corner of Sullivan Terrace, a retirement community.

A trailer toppled into the water of Marsh Run. It was for sale, so no one inside.

Part of a nearby car wash collapsed.

The glass door of Acorn Market was smashed.

"The fire engines were everywhere, traffic was stopped, no power here and I was like 'Oh my gosh, what happened?' said Clarissa Yonkin of Cherry Township.

"It's kind of scary when you think about it," said Clara Finen of Dushore.

The powerful storm may have ripped apart properties, but Dushore Fire and Ambulance officials said no one was injured.

"We'll all come together and we'll help each other out. That's how we do it in Dushore," said Elicker. 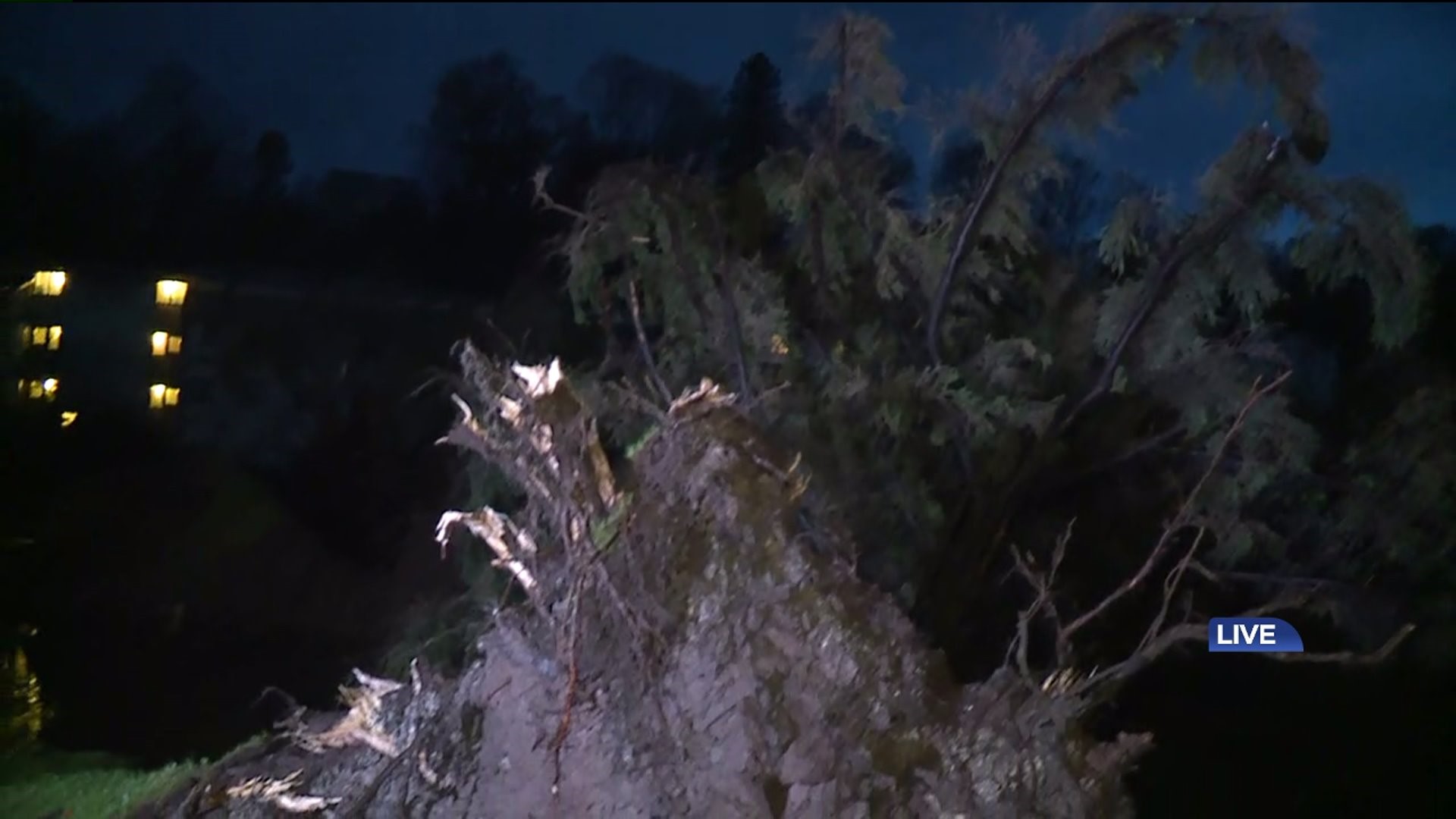 Schools are closing and delaying through the area. See if yours is on the list.

For the latest on the weather conditions, click here. 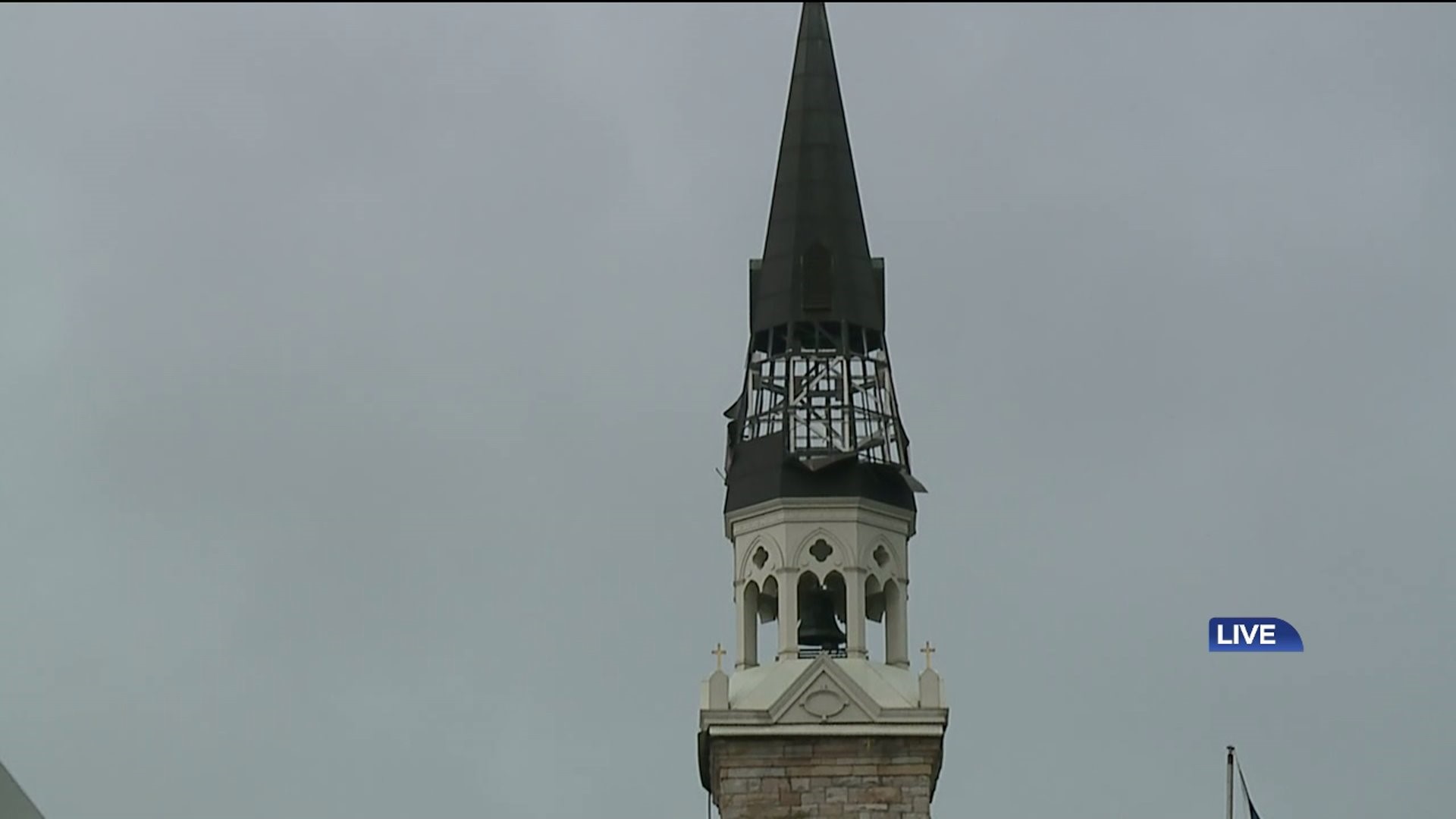