DUSHORE — In Sullivan County, it’s not so much the physical damage that’s affecting people. Power lines all across the county blew down Monday... 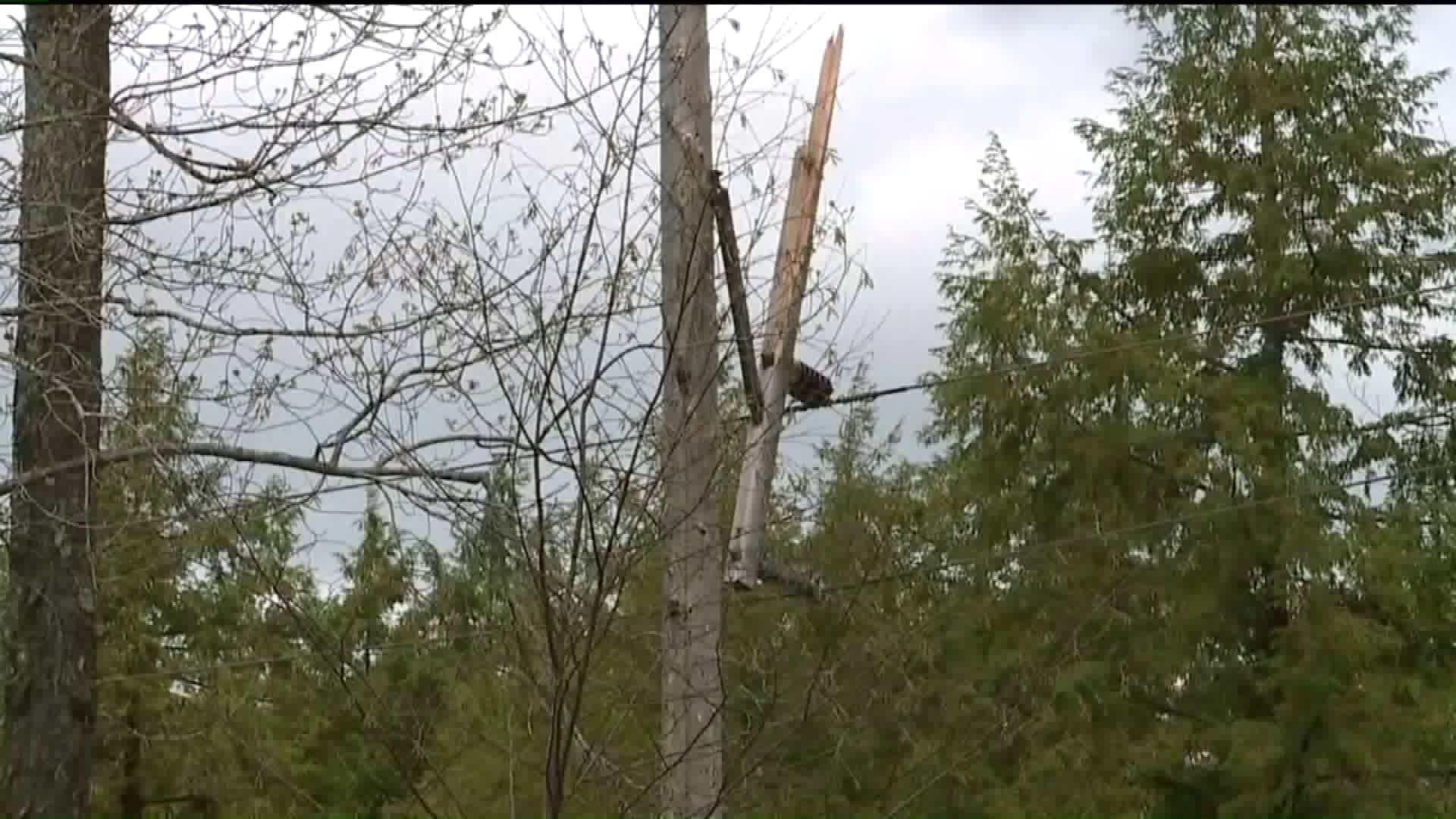 DUSHORE -- In Sullivan County, it's not so much the physical damage that's affecting people. Power lines all across the county blew down Monday night, causing widespread power outages. Some people have been told they won't have power back until Friday night.

We found trees down in Eagles Mere and many homes in this area were left without electricity.

"We haven't had any power since about 10 of eight Monday night," Bruce Rider said.

Many other people in Sullivan County are in the same boat. Crews were fixing power lines across the street from Bruce Rider's house near Dushore.

Crews from Penelec are restoring power as fast as they can, but the utility expects some parts of Sullivan County won't have electricity restored until Friday night because the damage is so widespread.

"I was a little afraid to go to sleep and have a tree crash through my window," Elizabeth Johnson said.

Johnson does not have a generator and doesn't have running water. She says there is a barn nearby where people can get water.

"I've been running down back and forth getting water for the toilets so we can flush them," Johnson said.

Over in Laporte, the usually busy Sullivan County Courthouse had "closed" signs up. No power. Same with the bank across the street.

But with the help of generators, the Laporte General Store is able to stay open and help people get what they need.

"A hot cup of coffee does wonders when you don't have electricity and things are down," Veronica Montero said.

Montero is making some sacrifices to help her customers.

"We've been spending the night here to make sure everything is up and running so that we can help the public as much as we can," Montero said.

People tell Newswatch 16 when things like this happen, the community supports each other.

"Some of us are getting together and cooking stuff in our freezers before everything melts and we are having community dinners," Johnson said.

Another way the community is helping each other is the Laporte Fire Company is hosting a free hot meal Wednesday at its firehouse until 7 p.m.

For the latest power outage info, check these links: