EAGLES MERE — Dead fish found at one of our area’s most pristine lakes has caught the attention of state officials. The Pennsylvania Fish and Boat c... 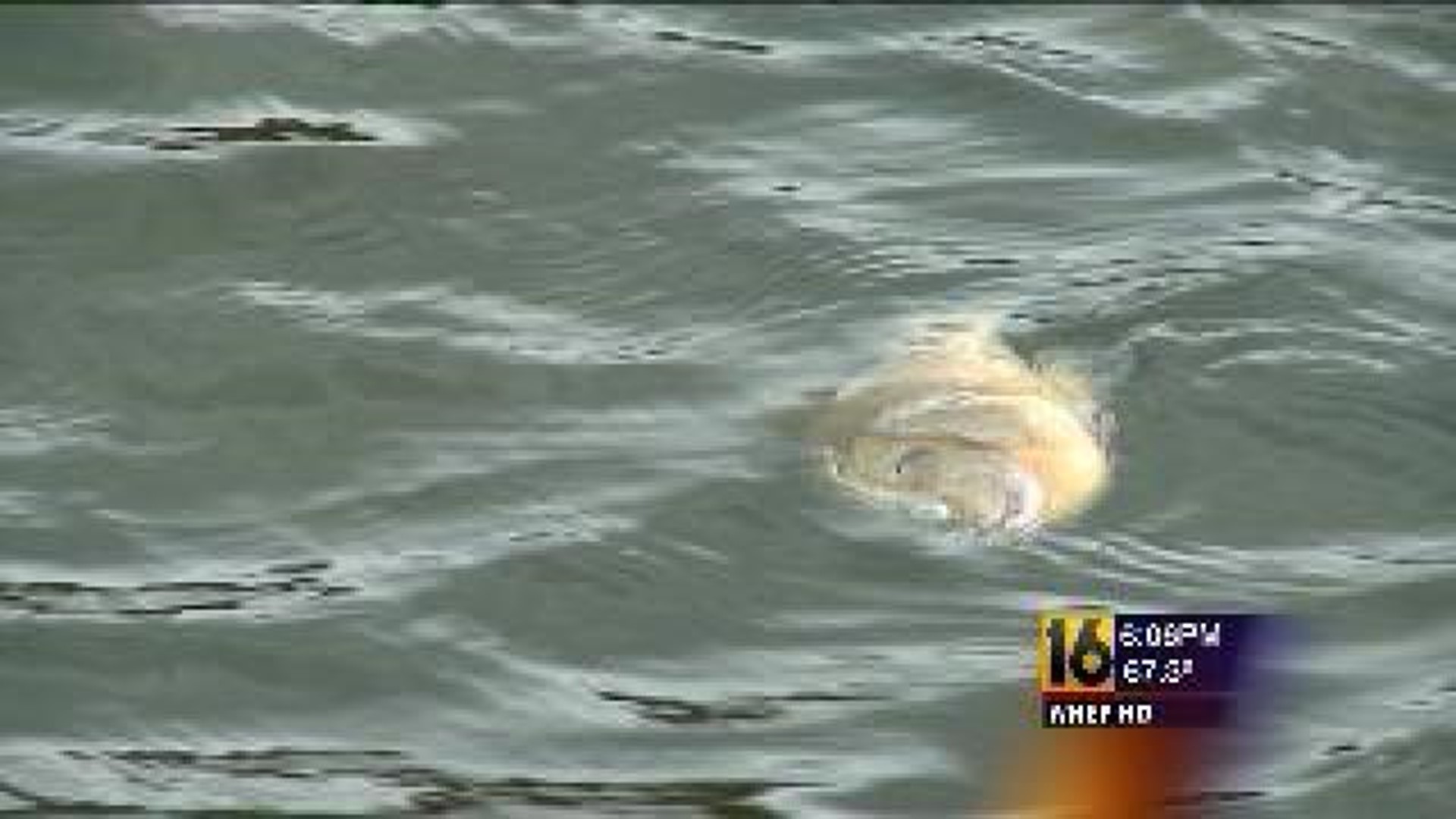 EAGLES MERE -- Dead fish found at one of our area's most pristine lakes has caught the attention of state officials. The Pennsylvania Fish and Boat commission is trying to find out what caused the dead fish to wash ashore at Eagles Mere Lake in Sullivan County.

In these clear blue waters in Sullivan County, dozens and dozens of dead fish have been floating to the surface. Mostly sunfish, trout and bass have been found dead. Some people who work in the Eagles Mere lake community say it's more than fishy.

"It`s scary because people fish out of there, there`s kids in here in the summertime," said Brittany Mapes of Forksville.

Doug Rider is a realtor in Eagles Mere and says he walked by the lake just this past week and didn't notice the dead fish. He isn't too concerned just yet.

"When I heard about it it was surprising to me, but I have heard in the past that after the lake turns, the ice melts that the oxygen level is a little low for the fish," said Rider.

Maintenance crews have been combing the beach and shallow waters for the dead fish and burying them a short distance away in the woods. They contacted the Fish and Boat Commission and the Pennsylvania Department of Environmental Protection (DEP).

Officials with the Fish and Boat Commission say they can`t say for certain what`s causing all of these dead fish to turn up here at Eagles Mere Lake, but they will be investigating.

DEP officials told Newswatch 16 "The department has been told that there were about 40 dead fish found today, many of which were sunfish, in Eagles Mere Lake. At this point, we have no reason to believe the kill was caused by any pollution entering the lake."

The Fish and Boat Commission does not think the dead fish were caused by low oxygen levels in the lake. The commission is now asking to do more tests on the lake water.

"Hopefully it is something that can be fixed very soon and that it is just the fish and not anything else," said Mapes.

Whatever the cause, residents are sure this lake-based community will move quick to fix any problems.

"And it`s something that we would definitely look at and move forward and rectify if there is any situation," said Rider.

Officials with the Fish and Boat Commission say they'll be having one of the dead fish from Eagles Mere Lake analyzed to help determine the cause.