A frost advisory is in effect for several counties in PA. That includes Sullivan County, home to what is generally regarded as the coldest community in these parts. 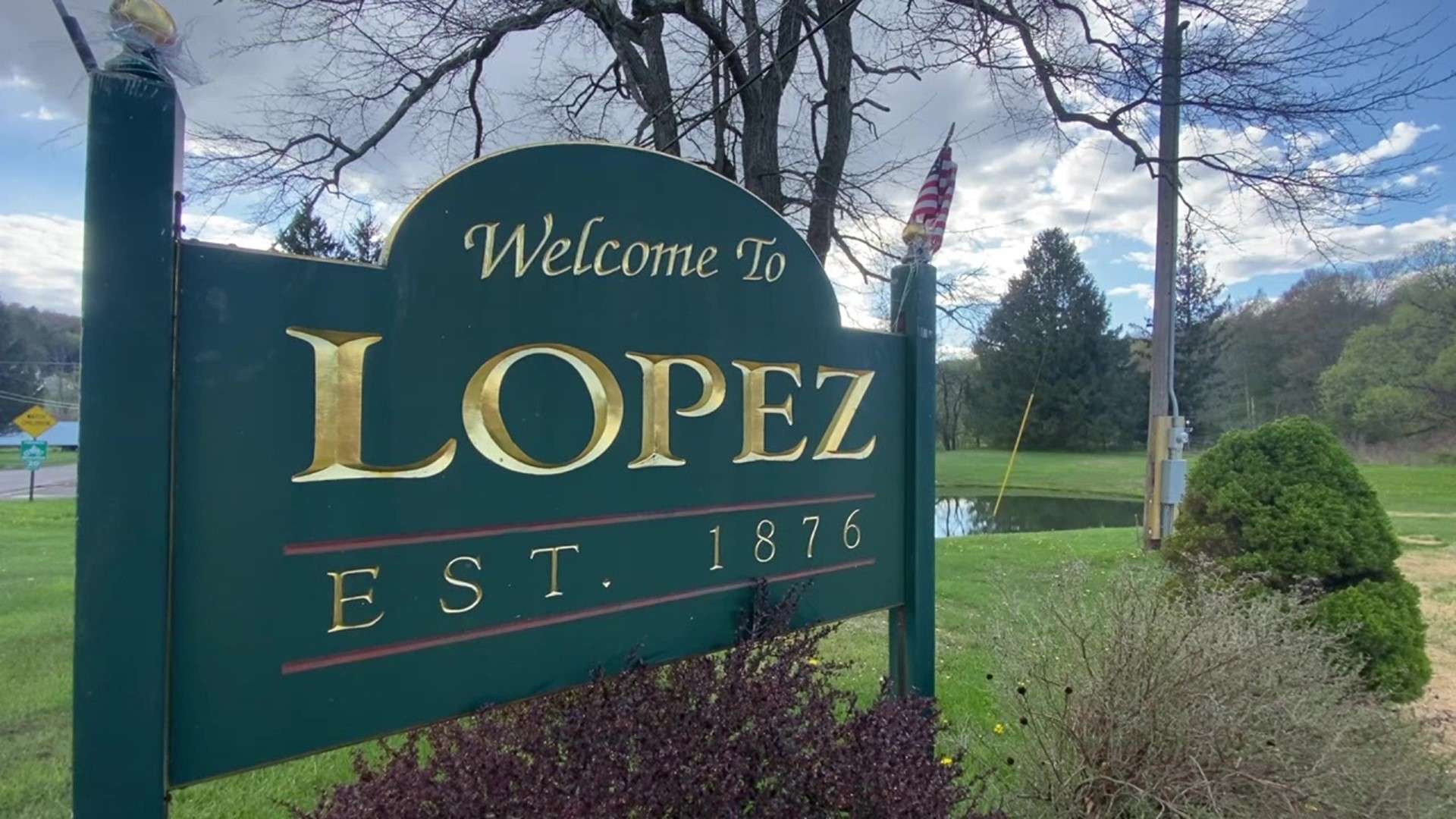 LOPEZ, Pa. — People say having to deal with frost advisories while heading into the second week of May is a bit much, even by Lopez's standards.

“We are in Lopez, the coldest place around,” said Kim Williams of Lopez.

For the people here in Lopez, that phrase could almost be a joke if it wasn't so true.

It will be another chilly night in the community as a frost advisory was issued for Sullivan County.

Diane Vidal says hearing that temperatures will be dipping into the 30s overnight, she knows it's another night they'll be running their coal stove.

“At night it drops down really cold and yeah the water freezes,” said Diane Vidal. “The pipes freeze so we'll wake up in the morning to shower and sometimes there's no hot water.”

Kim Williams was in his front yard, checking on his maple trees, knowing a frost advisory was in the forecast.

“If the buds open up and the flowers start to get exposed a little bit, the frost comes and if it gets below 32 degrees at night, the moisture hurts them,” said Williams. “If the buds are there and they haven't opened up yet, you're still in good shape.”

Ron Patson worries that his apple tree may not make it through another frigid night as it had a near miss earlier this week.

“On Sunday, Mother's Day, we had 27 degrees here. And I said that's going to kill them blossoms. Not bothering them yet,” said Patson.

People say having to deal with frost advisories while heading into the second week of May is a bit much, even by Lopez's standards.

“Ah yeah, it's terrible. This year's terrible. I've never seen it like this. I mean Lopez is bad but it isn't that bad,” said Patson, laughing.