SULLIVAN COUNTY, Pa. — The search for an 84-year-old hunter in Sullivan County has intensified. More specialized teams have joined the many volunteers alr... 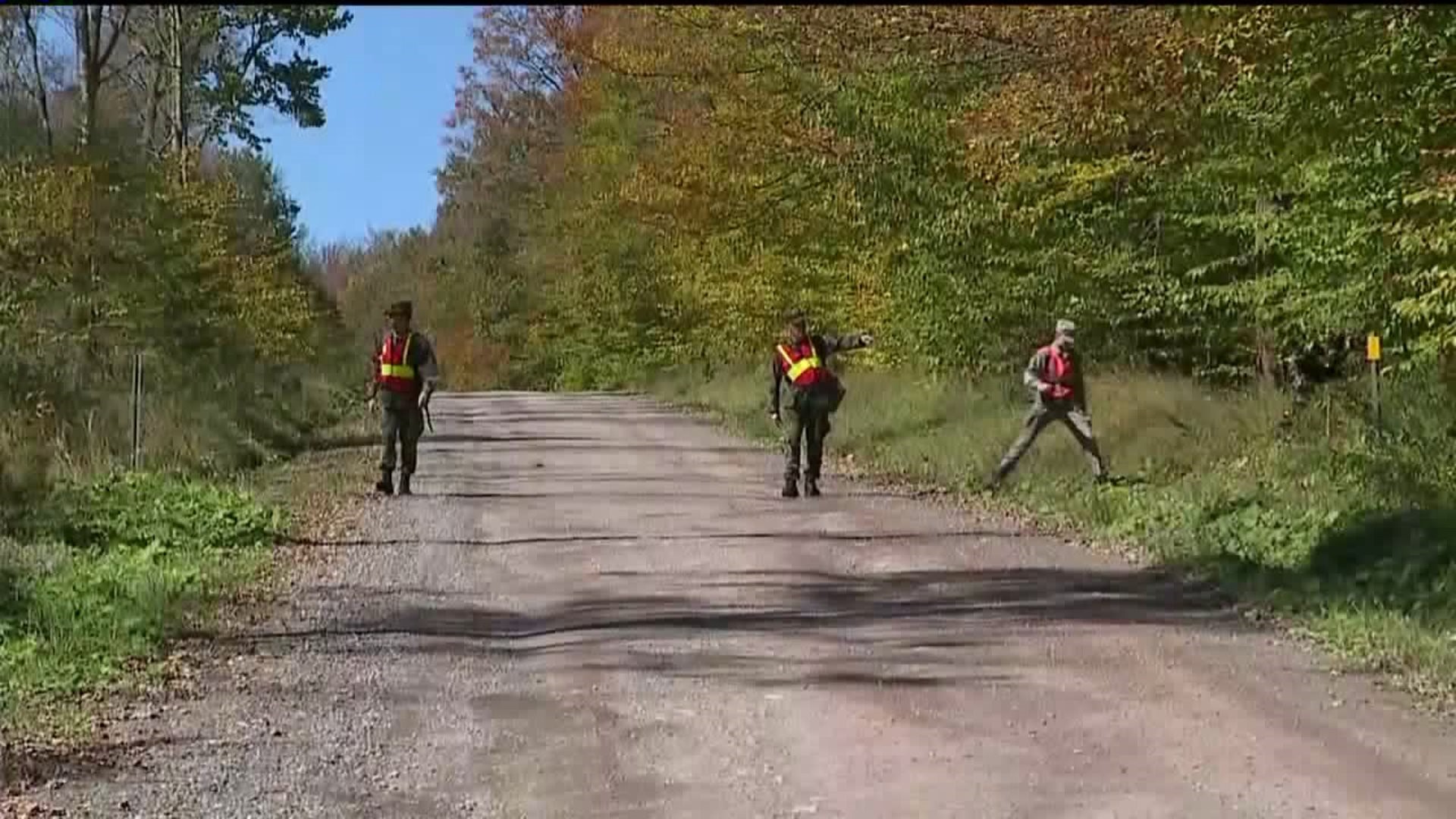 SULLIVAN COUNTY, Pa. -- The search for an 84-year-old hunter in Sullivan County has intensified.

Members of the Civil Air Patrol are experts in search and rescue missions. They spent hours along with volunteers from Sullivan County looking for 84-year-old Walter Booth.

Crews are combing through the woods in a grid pattern and suited up for the rough terrain on the state game lands in Sullivan County.

"We train in this, so we're used to it. We work to be able to do this kind of thing so it's not arduous when we get out here," Civil Air Patrol member Matt Chirik.

Civil Air Patrol crews began their day early in the morning and they're looking for any clues that might help.

Booth went missing on State Game Lands Tuesday night. Rescue crews believe he got caught in the severe weather that swept through our area.

Hundreds of volunteers from our area and crews from the Civil Air Patrol have covered more than 600 acres of land searching for Booth.

"It's interesting to see when things happen like this how people turn and help each other. It keeps the morale up for everybody," search incident commander John Yonkin said.

Officials say Booth was an experienced hunter with more than 30 years under his belt. Crews have two points of interest where his car was found and where he set up to hunt.

"It's tough to maintain those lines to go through and prosecute that search and make sure you're not missing anything and these kids are dedicated," said civil air patrol member James Weller.