LAPORTE, Pa. — Parents in the Sullivan County School District packed into St. Francis’s Church hall near Dushore for a meeting with district officia... 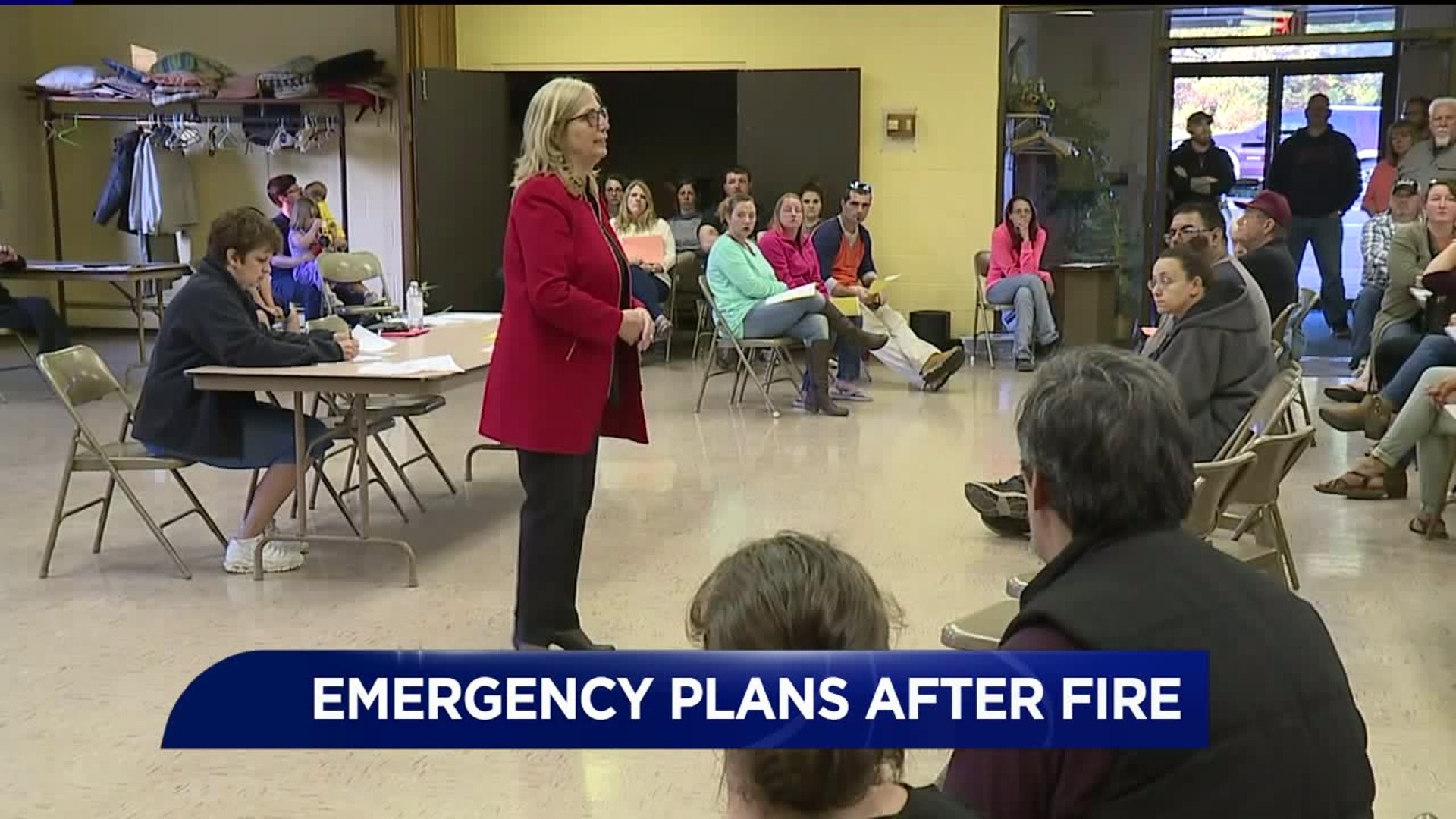 LAPORTE, Pa. -- Parents in the Sullivan County School District packed into St. Francis's Church hall near Dushore for a meeting with district officials over the fate of the rest of the school year.

An electrical fire broke out around 6:15 a.m. on Wednesday forcing the closure of the K through 12 building.

Due to the amount of smoke and soot students won't be able to finish this last week of school there.

The district met with teachers to make sure they will have a final grade for their students by the deadline this Thursday morning.

"Where are you with the kids? What can we do, are you capable to give them a grade," said Superintendent Patti Cross, speaking about teachers.

Superintendent Patti Cross says most testing, including finals, have already been taken but if students need to take a test or meet with teachers several locations are available where they can do so including the Dushore Library.

"Where can we take kids and I can do a schedule for Tuesday and Wednesday so kids can do a final grade," said Cross.

"My kids, they still had a couple tests and they were worried about not getting it but now they know that it's going to be okay," said Janelle Day.

Parents were also asked to fill out forms so that items left in their child's locker can be retrieved.

"My main concern was just getting stuff out of my son's locker. There's rumors but everything was taken care of tonight and there's no problems," said David Metzger.

The district also says it will not have to make up these school days lost to the fire.