CHERRY TOWNSHIP, Pa. — Crews spent the morning putting up guide rails and putting the finishing touches on a bridge on Route 220 just outside Dushore. The... 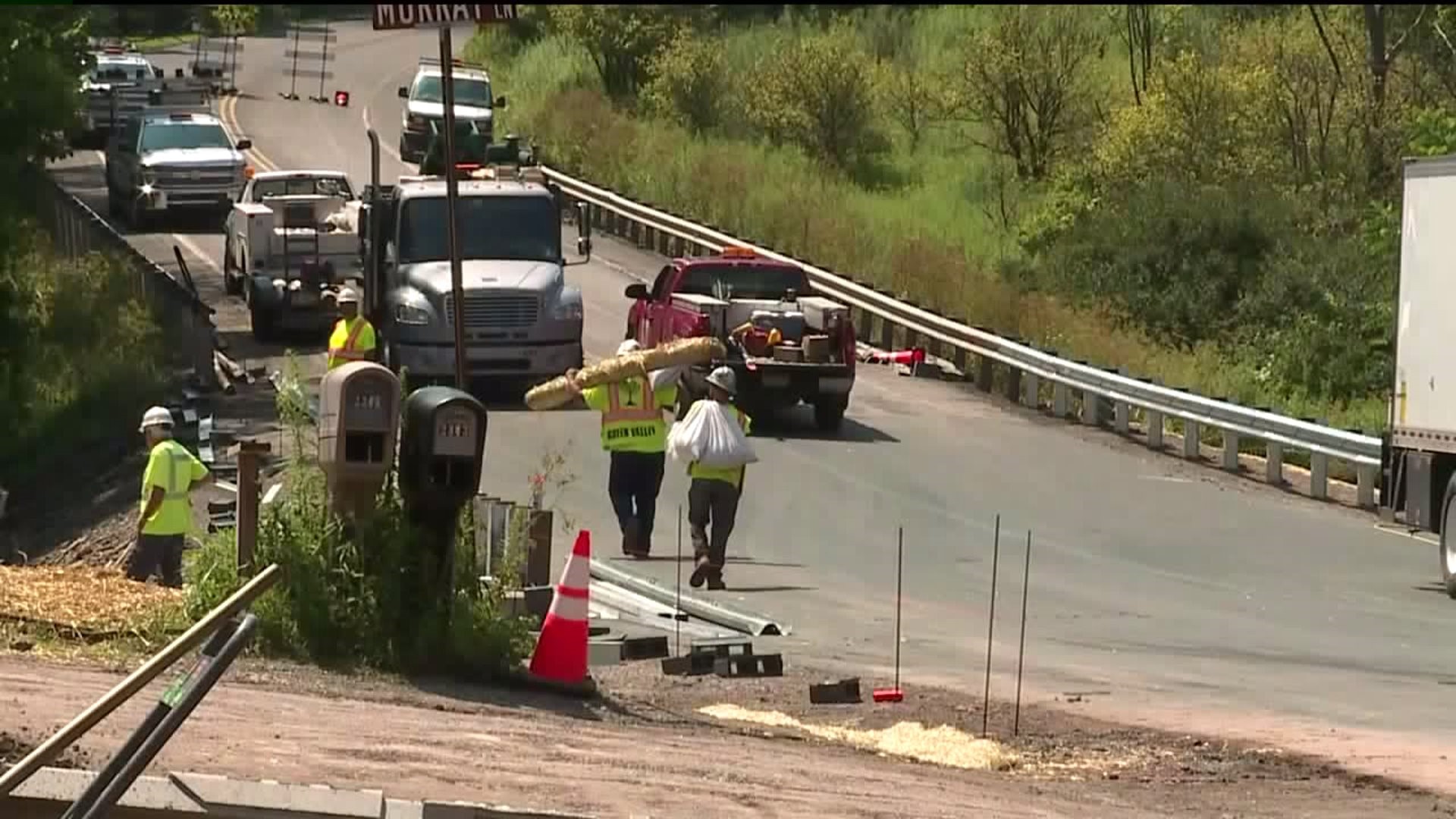 CHERRY TOWNSHIP, Pa. -- Crews spent the morning putting up guide rails and putting the finishing touches on a bridge on Route 220 just outside Dushore. The bridge has been closed since mid-June. That's led to a three-mile detour and many lost drivers.

"The detour is challenging. It's not exactly the most convenient. When I'm pulling my horse trailer, it's definitely not the easiest," Frank Kulick said.

"Detour kind of takes me different ways on different days, but it's been a pain," Christopher Lang said.

The project started last month to replace the heavily traveled bridge. As Newswatch 16 showed you last month, the detour is especially tough for tractor-trailer drivers. State police have had to redirect many lost drivers and give out citations.

The project was supposed to wrap up in mid-August, but crews finished two and a half weeks early.

"That would be nice. We want to bring our camper up for the weekend and stuff, and we usually don't come this way. We take the detour. It takes a while," Ken Leber said.

People who drive on Route 220 tell Newswatch 16 they're happy the bridge will be open.

"I love it. That's the first thing that's ever happened early," Leber said.

"That's awesome because I was told October," Kulick said.

Route 220 is expected to be open by Monday evening.