CHERRY TOWNSHIP, Pa. — A bridge replacement project is causing problems for some truckers in Sullivan County. Several tractor-trailer drivers have had tro... 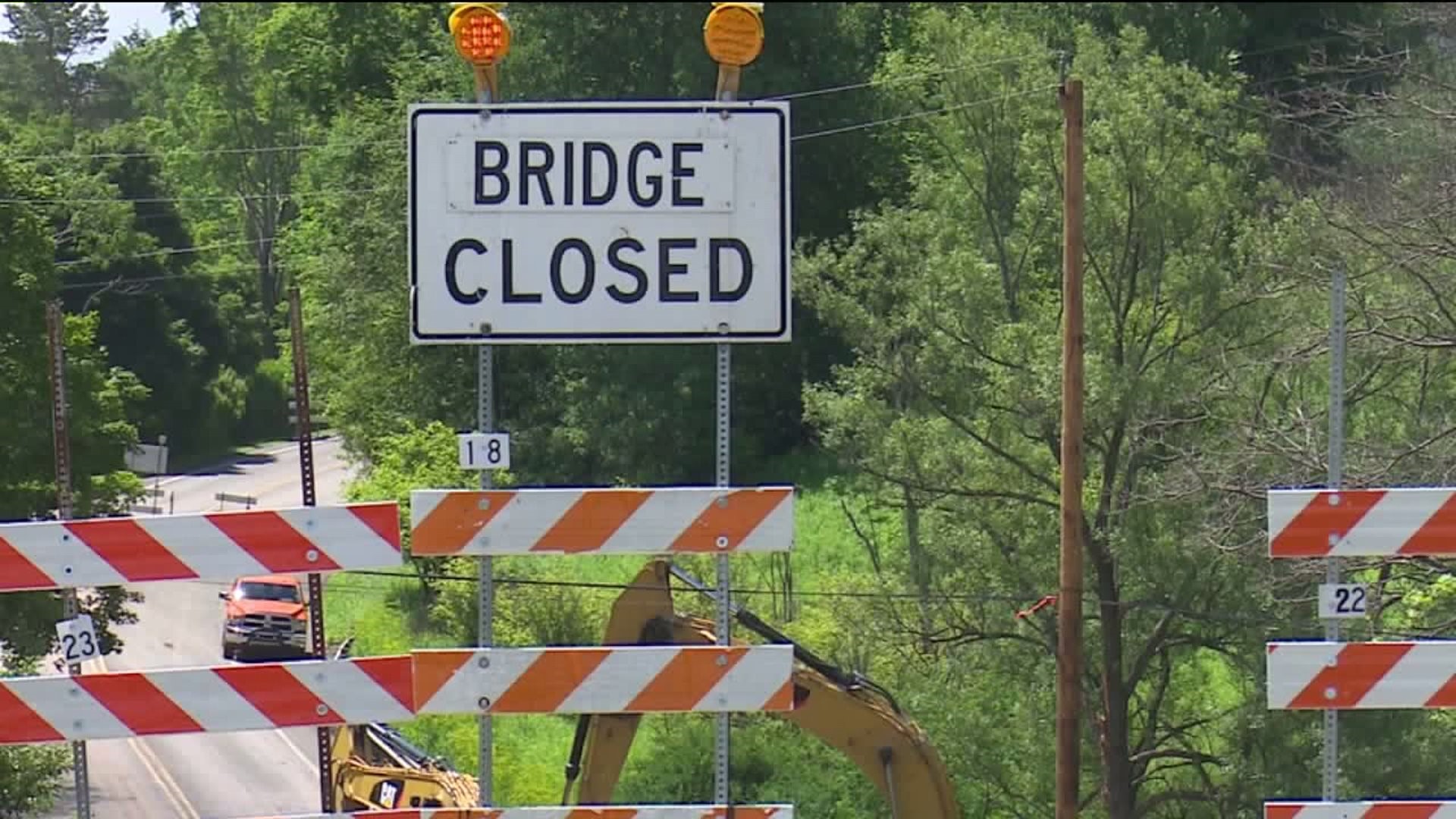 CHERRY TOWNSHIP, Pa. -- A bridge replacement project is causing problems for some truckers in Sullivan County.

Several tractor-trailer drivers have had trouble navigating through detours leading to backed-up traffic on a road they shouldn't be on in the first place.

Officials from PennDOT tell Newswatch 16 the project started last week and already state police have had to redirect dozens of lost drivers and have given out a citation.

There is an easy way for cars to get around the detour on Route 220 outside of Dushore, but tractor-trailer drivers have to take a three-mile detour around PennDOT's construction project in Sullivan County.

PennDOT started the work earlier this month and since then closed down the road.

Cars can take Kramer Road which runs alongside Route 220. The road features a one-lane bridge too small for heavy, large trucks.

"The roads are skinny. They are trying to turn around because the only place to turn around is right at the Ford garage or the Cherry Township building because after that, God, I don't even know where," Trapani said.

The road has been closed since last week, and since then, state police have been called to this area outside of Dushore 10 times, giving out one citation.

We didn't see any trucks get stuck, but those who have, like Trapani, say the bridge construction project won't end soon enough.

"I think they said a good three months so that is September or October, so they will have it done before school, I guess. It has really screwed the town up."

Officials from PennDOT believe the bridge project will be wrapped up by the middle of August.