Along for the Ride with ‘Fast Eddie’ 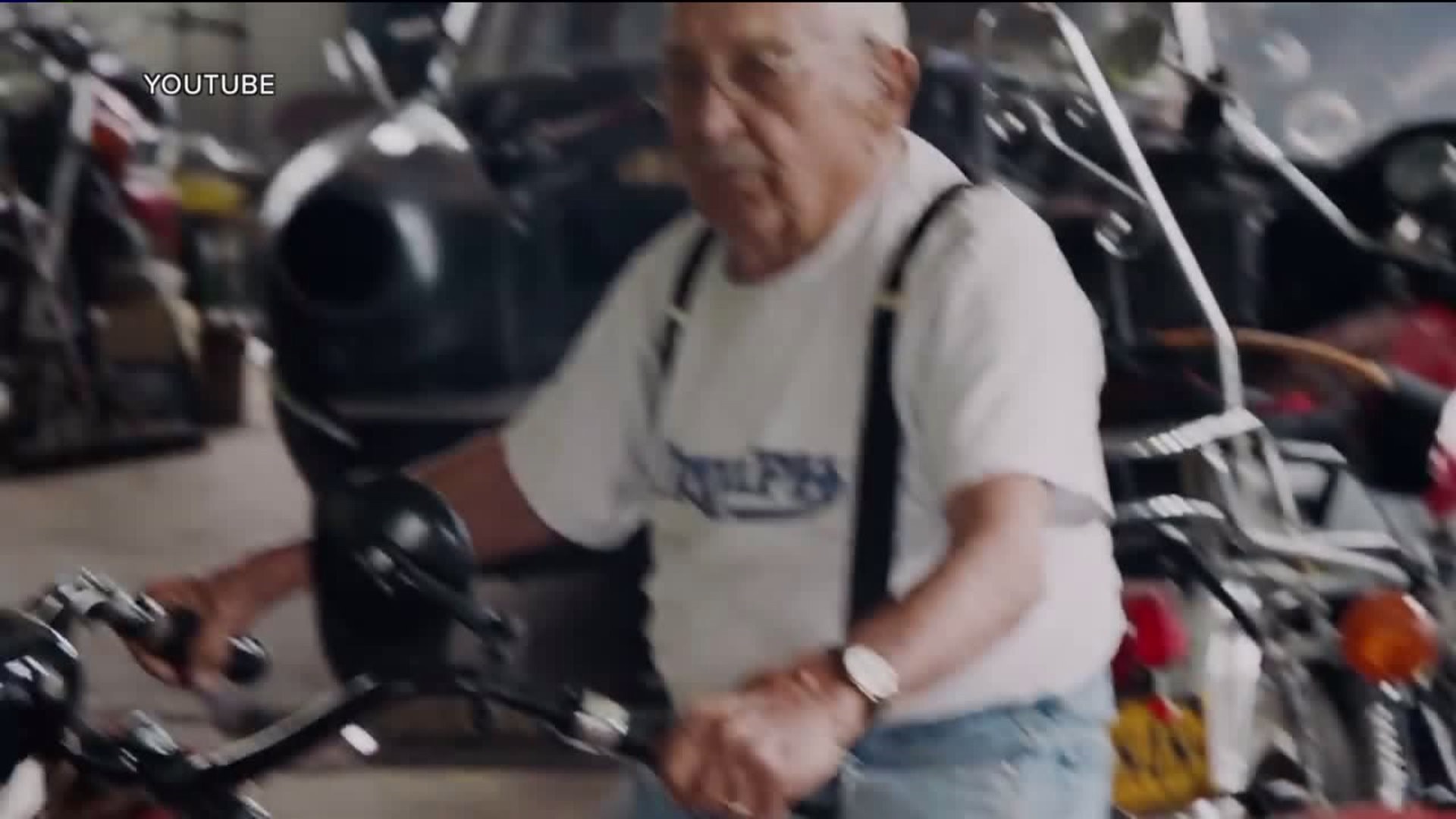 FOX TOWNSHIP, Pa. -- A short film about a Sullivan County man's love for racing motorcycles was recently released on YouTube.

"Fast Eddie" tells the story of what motorcycle racing life was like in the 1950s.

Fisher was born in Lancaster County in 1925, and he loves to ride motorcycles. If you give Fisher two wheels, handlebars, and an open road, he will fly right on by. Fisher brought his first motorcycle, an Indian Scout Pony, in 1941 and hasn't looked back.

After just celebrating his 94th birthday, the man from Shunk still loves to ride his bike in Sullivan County and beyond.

"You are out in the open. You see your surroundings much better, and normally it is nice fresh air," said Fisher.

"Fast Eddie" is a documentary on YouTube that focuses on Fisher's racing days in the 1950s. One of biggest wins of Fisher's career was the 1953 Laconia 100-mile National Championship in New Hampshire.

"And you went off blacktop onto the sand, then sand onto the blacktop onto a 90-degree turn which got pretty slippery. If you learned to maneuver that good, that is how you make good time."

Fisher eventually stopped racing professionally in 1957 and was voted into the American Motorcyclist Assocation Hall of Fame in 2002.

"You can't say I think I have done something better than everybody else, but just being recognized as being one of the top competitors in your day. (It means a lot?) Yeah, yeah."

Fisher says he will continue to ride his motorcycles until he can't.