Students wear masks for the love of the game

Athletes are doing whatever it takes to compete in their beloved sports, even if that means wearing a mask. 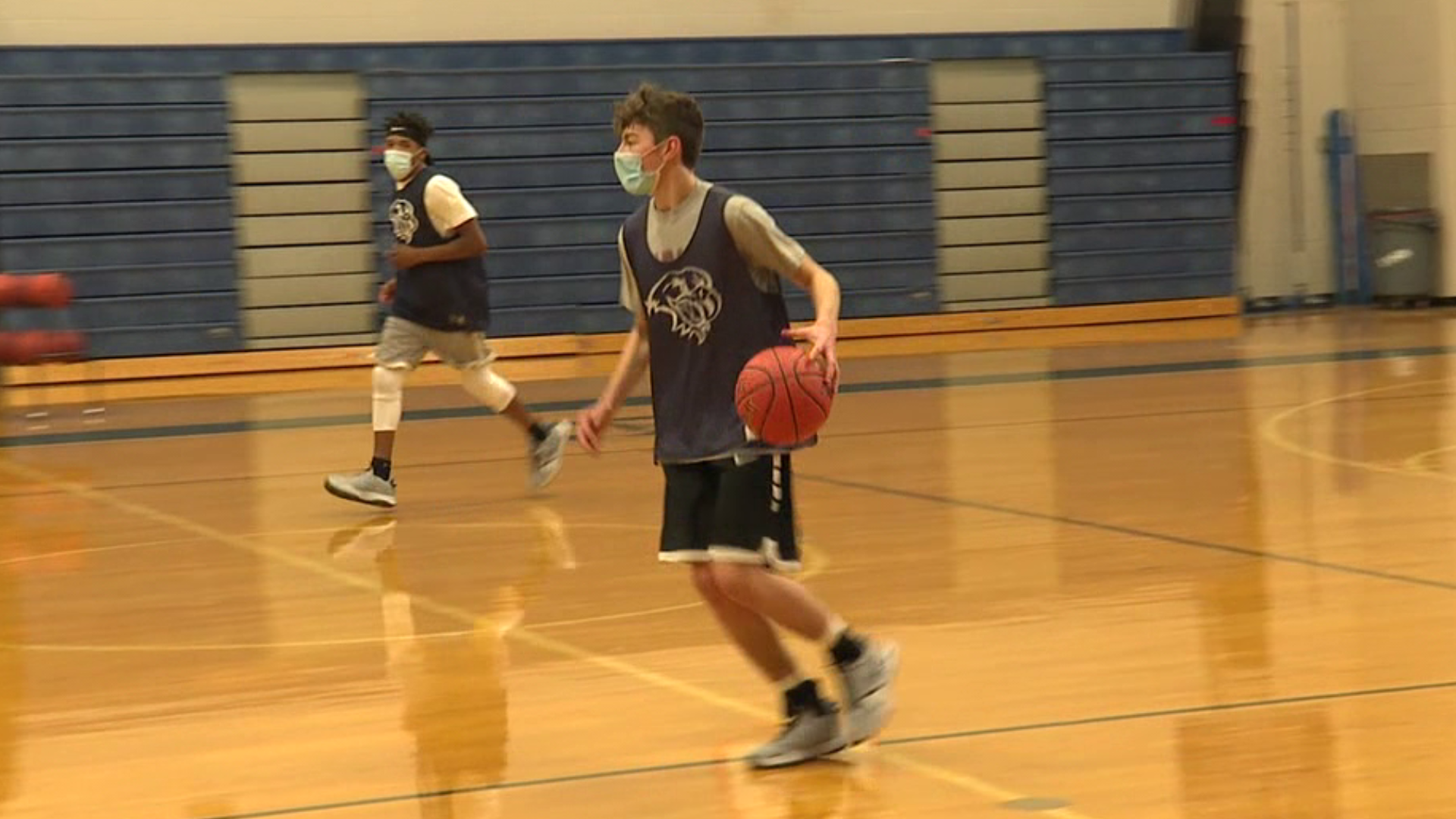 SCHUYLKILL COUNTY, Pa. — The game of basketball is pretty simple. All you need is a hoop and ball, but getting on the court this year as opposed to previous seasons is a little more complex.

"We really were going to do anything to play, and this is just one of the things we had to do," said Nathan Gregoyre, a junior at Tamaqua.

High school basketball is being played across the state, but players are required to wear masks at all times, even during the game.

"It's going to be like, man, I can't believe we actually had to go through that, but then again, when I look back it, it's going to be like, hey, at least we had the chance to play. If this is what we need to do, then we'll step up and do it," said Tamaqua's head coach, Jim Barron.

"Nobody likes them, but we live through it because we just want to play basketball."

That's what the Tamaqua Blue Raiders have done, despite some of the daily challenges.

Players and coaches say they're just happy to be on the court, especially considering their season last year was cut short when the pandemic first started.

Senior player at Tamaqua, Luke Verta, said "Sitting in school for seven hours a day, just sitting in the same spot is tiring. It's stressful with all your hard classes. To be able to play basketball, get exercise, and work out, it's really good for you physically and mentally."

"For a long time there, it looked like we weren't going to be able to step back on the court. But for us to be here and to be in the gym and kind of do it quasi-normal, it's great. It's great for the kids and for us as coaches," said Barron.

At the end of the day, whatever it takes, for love of the game.