SCRANTON — There’s a club out there for just about anything you can think of. One University of Scranton student made it her mission to start one on... 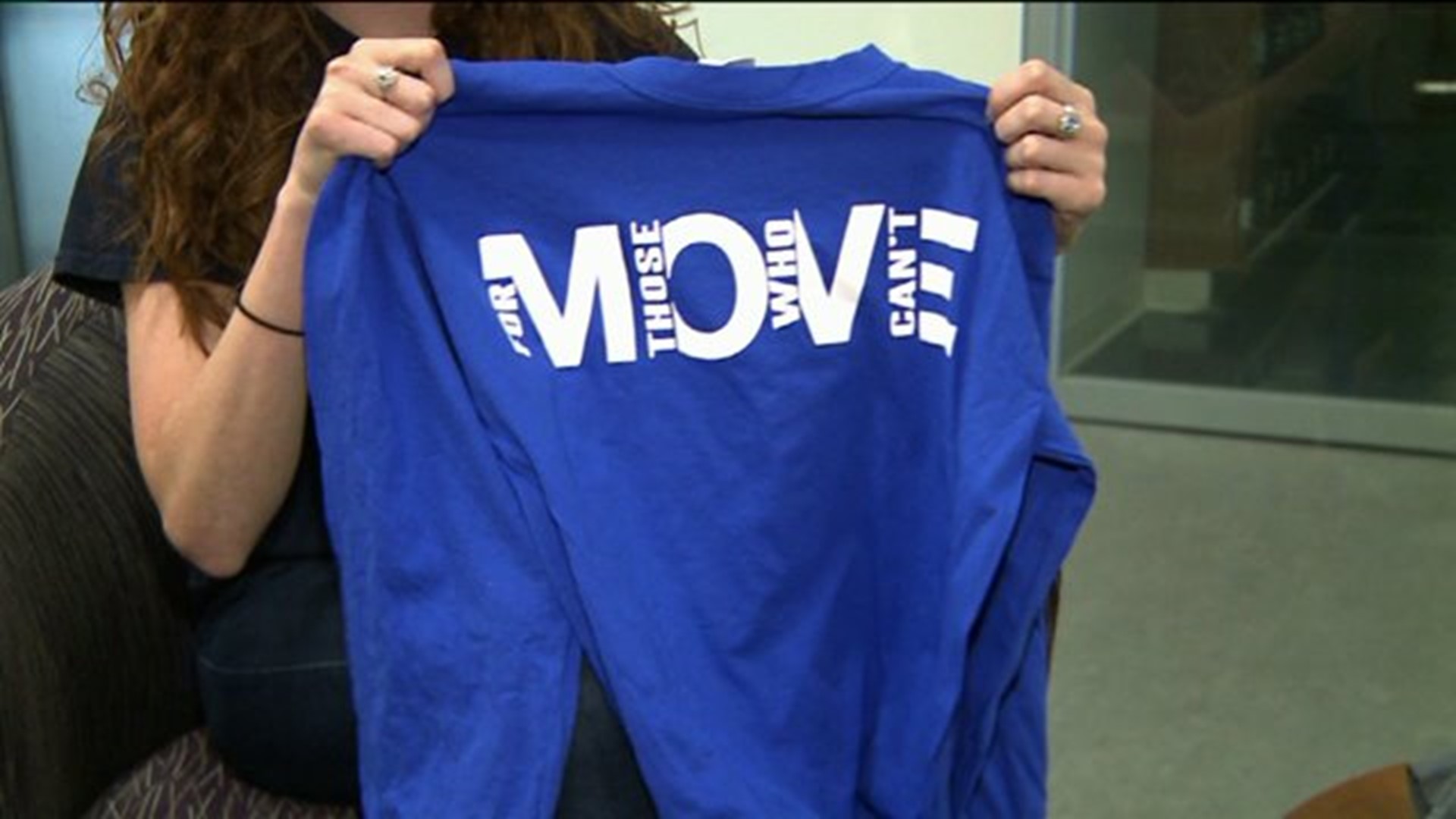 SCRANTON -- There's a club out there for just about anything you can think of.

One University of Scranton student made it her mission to start one on campus about ALS, or Lou Gehrig's Disease, something that's always been close to her heart.

For years, scientists have been working to discover a cure for ALS, or Amyotrophic Lateral Sclerosis, also known as Lou Gehrig's Disease.

University of Scranton senior Christie Garrecht will do whatever she can to make sure they're funded, all because of some people she met in high school.

"I got to know these patients. It became a real, personal disease, and it really helped me grow as a person. They taught me a lot. They're very, very inspiring people," Christie says.

Christie's an occupational therapy major who started an official, university-sanctioned club called "Move for Those Who Can't.

About 25 members strong, the group is dedicated to raising money for ALS research, something Christie's been doing since high school.

The club has organized t-shirt sales, baseball cap sales, a zumbathon, and the sale of nail decorating stickers from a company called Jamberry Nails. Ten percent of the sales now go to the "Move for Those Who Can't" club.

We have a lot of staff and students who have a connection to ALS," Christie says, "so it kind of shows that there's something being done."

Christie says they've even teamed up with the Packard Center for ALS Research at Johns Hopkins in Baltimore. The money raised from here on out will go to help research there.

Christie says she knows the school year is ending, but she wants people to be thinking over the summer about ways they might be able to help so the University of Scranton can be part of fundraising for ALS research again this fall.