It's common sense to help prevent the spread of germs to not touch public surfaces THEN touch your face. But at one time or another.. we've all done it. 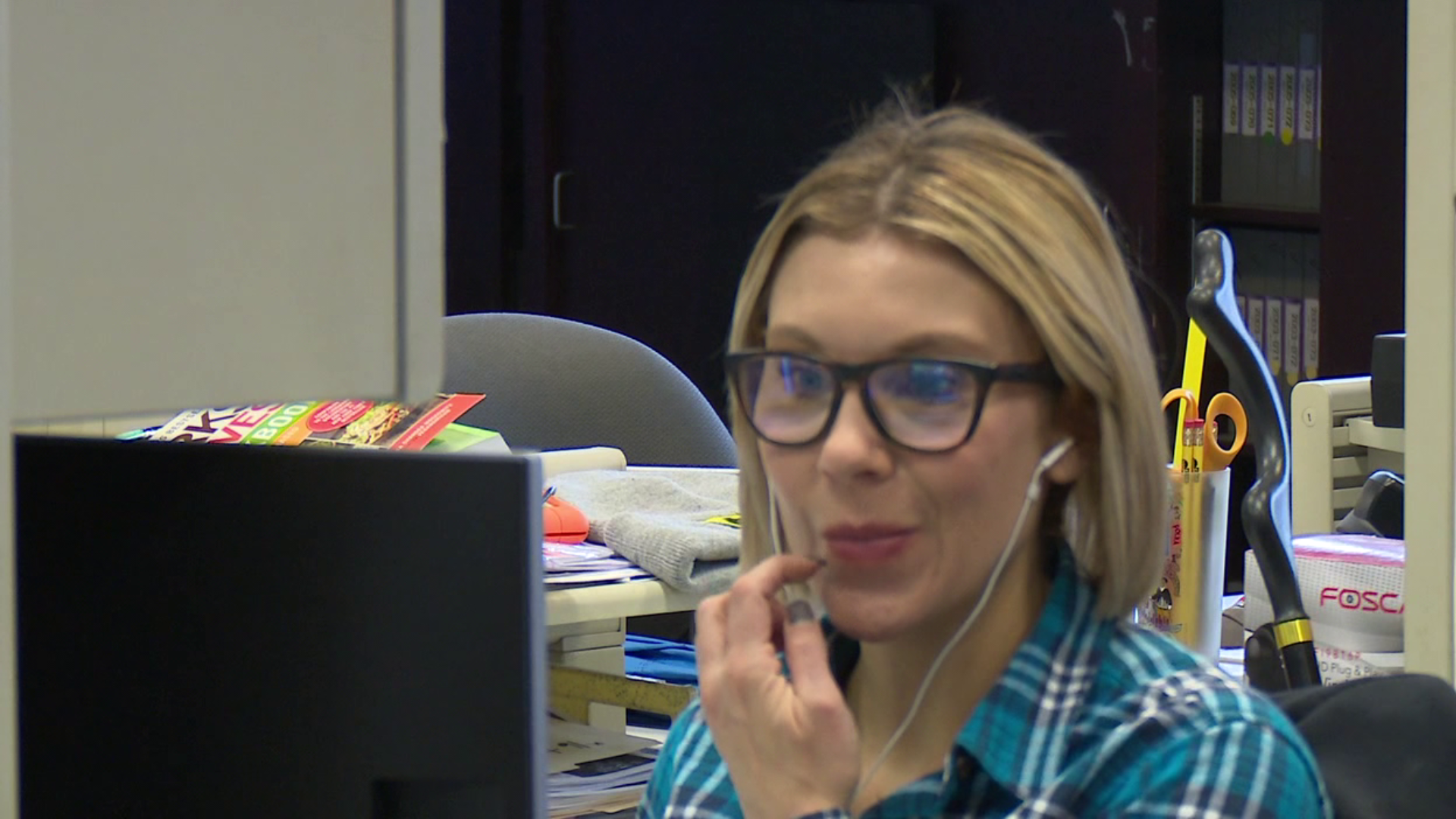 The CDC has recommended that people take extra precautions to prevent the spread of germs by keeping your hands clean and not touching your face, among other things.  So we decided to conduct an experiment right here at WNEP to see how often people use community surfaces and then touch their face. Extra hand sanitizer and cleaning supplies have been added to desks in the newsroom to help keep hands and work surfaces clean but do old habits die hard?  We set up some cameras in the newsroom to observe some of our staff to see when and if they'd touch their faces. We let the cameras roll from ten to thirty minutes depending on our subjects. First up,  Ally Gallo!  She was recorded for 30 minutes and was caught touching her face only three times. Sarah Buynovsky also agreed to be a guinea pig. We counted Sarah touching her face 11 times while she worked on her story for the morning show. Kerry Kearns was recorded for 15 minutes and even though she was aware we were rolling, she caught herself several times touching her face. Kerry even got tricky using a pencil instead of her fingers at one point!

"Oh! Haha I used a pencil. Hahaha I'm sure there are germs all on that pencil too I just put on my face. I think it's one of those natural things like 'I'm going to brush my hair back, I'm going to scratch an itch on my face' and then you don't realize the kind of germs you're transferring back and forth.  Touching your keyboard, touching your desk," says Kearns.

Even I took part... I was recorded for 30 minutes while I wrote a story last week.  Even knowing what was happening,  I was caught red handed, fifteen times... oops! The cameras set up in places out of sight in the newsroom had better luck of observing producers and some anchors because they weren't set up so closely like our other subjects.

Tanya Cleary, one of our Producers, says "I know you're not supposed to, but it's out of habit.  I was just about to touch my face as I'm watching myself touch my face."

The bottom line is be mindful of your habits. Lots of places have added extra hand sanitizing stations like these if you don't have immediate access to soap and water.  When you do, wash your hands for twenty seconds.  You can sing songs like Twinkle, Twinkle Little Star or Happy Birthday two times. I'm sure there's also plenty of other songs out there with twenty second choruses that you can dig up on the internet.