MONROE TOWNSHIP, Pa. — He’s 99 years old, but Robert Wagner still knows how to carry a tune on the harmonica. Wagner has a lot to be happy about. Th... 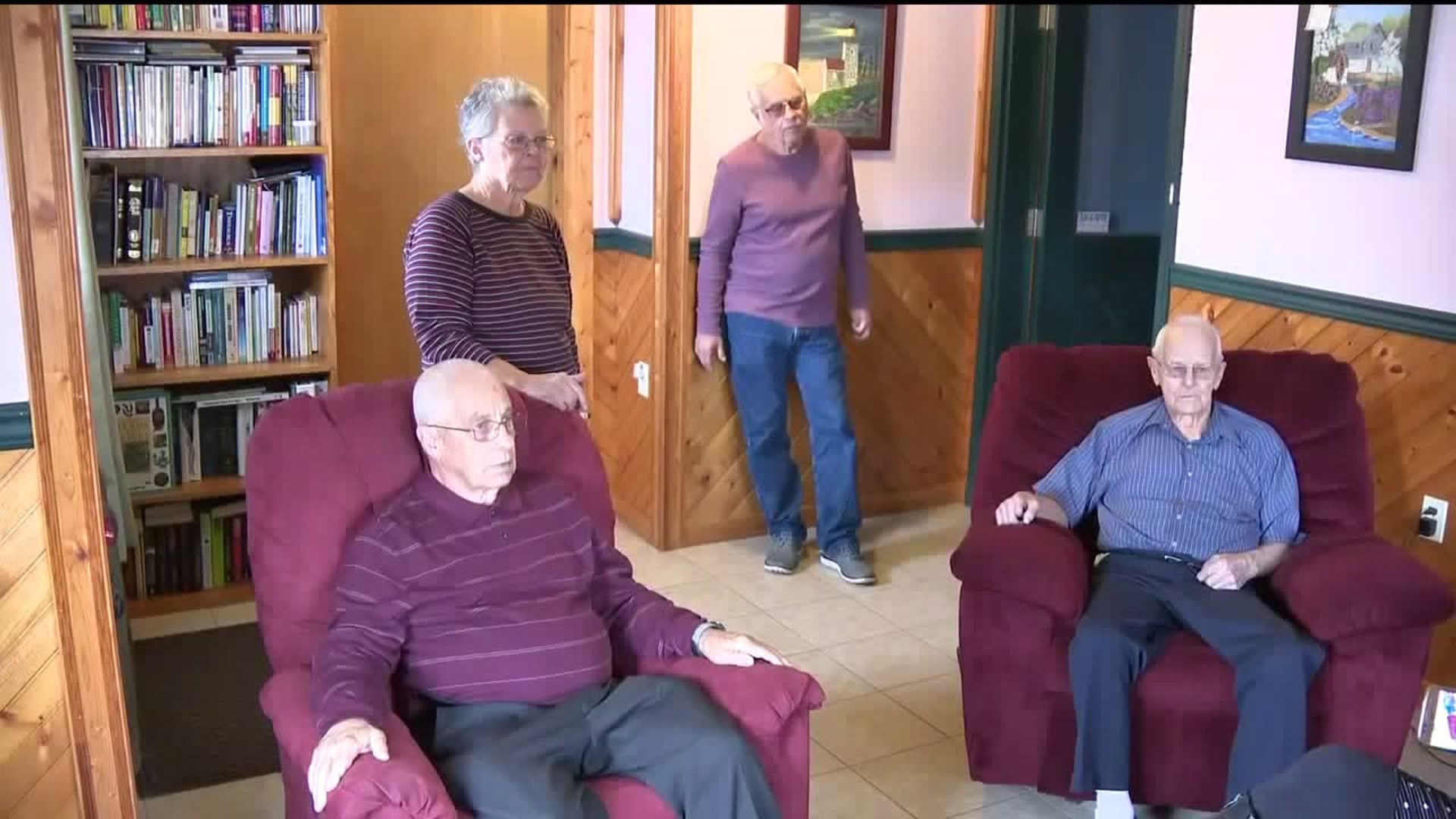 MONROE TOWNSHIP, Pa. -- He's 99 years old, but Robert Wagner still knows how to carry a tune on the harmonica. Wagner has a lot to be happy about.

The World War II vet turns 100 next week. He grew up in the Beaver Springs area of Snyder County and enlisted in the Army at the age of 23.

"I remember when the Bulge was. We went about 50 miles back around to help head them off," Cpl. Robert Wagner said.

Wagner was a radio operator during the Battle of the Bulge and the Normandy Invasions. He remembers a close call.

"They zeroed on the radio that I had talked, and they missed us, or we would have been done for," Wagner said.

After the war, Robert worked at his brother's machine shop in Beaver Springs for 35 years.

At the age of 65, when many people choose to retire, Robert started a job at Middleswarth Chip Factory. He worked here until he was 93.

"It was always dark when he came home or getting close to dark," Donald Wagner said.

Robert lives with his daughter Shelva and his sons Gary and Donald live nearby in Snyder County. Earlier this month, they threw him a 100th birthday party.

"To me, this was a milestone in his life and ours," Donald said.

Robert wore his original Army uniform jacket and enjoyed the day with family and friends. His actual birthday is November 19, and Robert looks forward to a quiet day with family, and maybe even a little harmonica.