PENN TOWNSHIP, Pa. — The beekeepers club at Susquehanna University is looking for the thief who broke into beehives and stole honey. The suspect: a bear t... 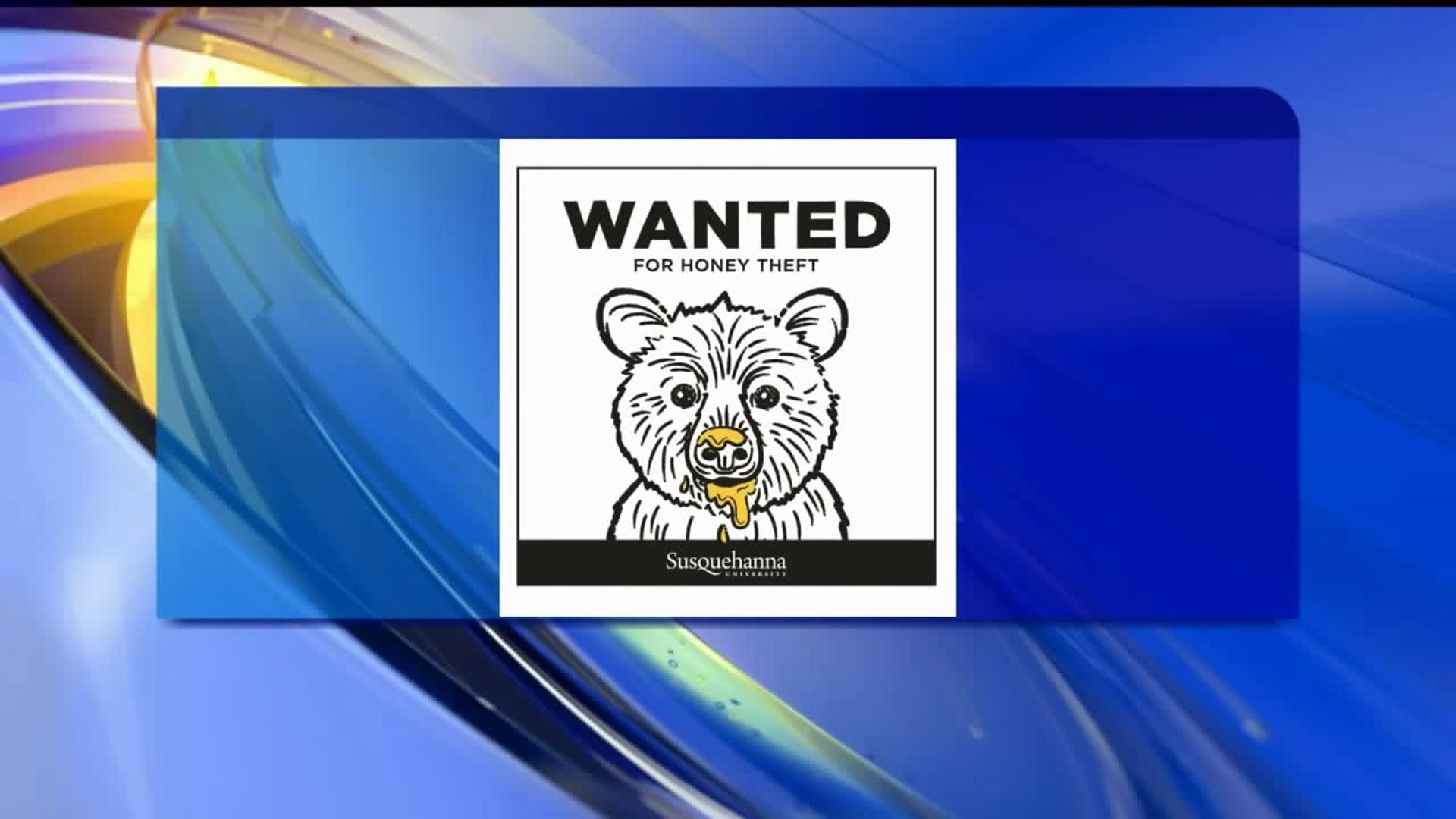 PENN TOWNSHIP, Pa. -- The beekeepers club at Susquehanna University is looking for the thief who broke into beehives and stole honey.

The suspect: a bear that just came out of hibernation.

Susquehanna University has a relatively small beekeeping operation. That's why it stung so hard when a bear damaged one of the hives. Some of the bees died and the club lost a lot of honey. Now club members are looking for the bear that did all the damage.

When it comes to bees, members of the Susquehanna University beekeeping club know all the buzz. They keep three hives outside the Center for Earth and Environmental Research near Selinsgrove.

On Sunday, advisor Derek Straub got a call that something got into the hives.

Though there were no witnesses, Susquehanna University posted a wanted sketch, believing the suspect is a black bear, a hungry one.

The bear not only damaged the hives and ate the honey, but quite a few bees died.

"There were bees probably up in the feeders which got knocked off. They were stranded outside the hives overnight and that night it was in the 20s," Straub said.

Now club members are concerned about honey production this spring.

"We were hoping in the fall that we might be able to get a second harvest in the spring, but we aren't too sure now. We're sure they lost a lot of honey in the bear attack," said junior Lucas Winner.

The bear came back the following night so the bees were moved off campus into protective custody.

The next step is to put protective electric fencing around the hives to keep predators away from the bees.

The Pennsylvania Game Commission set up a bear trap with donuts to lure the suspect.

"We're crossing our fingers that hopefully everything will work out and our bees will be healthy again within a month or two," Straub added.

The bear trap has been set up for three days, but so far, but the bear has not come back. The plan is to trap the bear and move it to a location with fewer people and fewer things to get into.