A Middleburg man found the kitten hiding in the truck he rented to drive to Indiana. 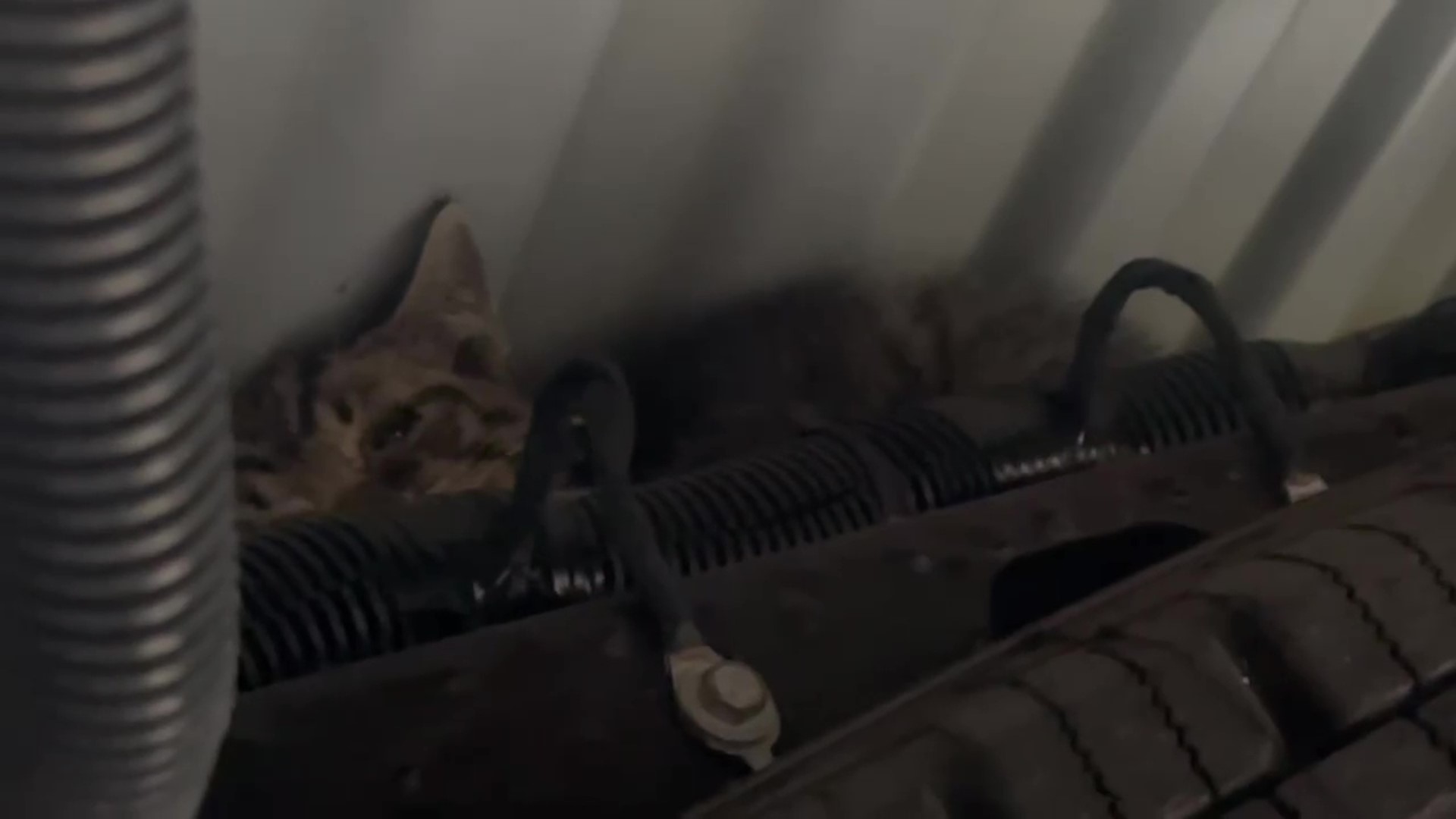 MIDDLEBURG, Pa. — A man from Snyder County got more than he expected when picking up a U-Haul truck over the weekend.

A stowaway kitten hiding inside the truck somehow squeezed its way into the dashboard.

The man and kitten made a 20-hour roundtrip drive to Indiana and back together.

A quick glance at Stephen Lang's T-shirt, you can tell he's a cat lover.

The man from Middleburg fosters several cats for the Animal Resource Center of Millville.

But the way he came to have one particular little kitten is a bit unique.

He found it hiding in a U-Haul truck he'd rented on Sunday night for a trip to Indiana to pick up work supplies.

He and his fiancée and baby had stopped at a Dollar General around 9 p.m. before he headed west.

“We found her at the Dollar General just meowing like crazy for her life. It was such a sad, sad thing to see,” said Lang.

The cat jumped out of the truck, and Lang spent three hours trying to catch her, finally bringing her into the truck's cab.

“Wiggled her way loose, got under the dashboard, and went right up underneath like a mouse,” said Lang, explaining it happen so fast.

Lang still needed to get to Indianapolis, so he did, with the kitten crying from beneath the dashboard on the 20-hour roundtrip trek.

He found sounds of a mother cat calling for her litter on YouTube and played it to calm her down.

“She was talking like it was her mom outside the dashboard,” said Lang.

Lang says it was the last five hours of his trip back home when things got really interesting.

“She decided to urinate inside the vents, which that's where they pull the air from for the air conditioning,” said Lang, laughing.

After breathing that smell for hours, his connections at the rescue shelter got him set up with Chevrolet Cadillac of Bloomsburg, where mechanic Nathan Coulvert took apart the dashboard and got the kitten out.

He even gave it a nickname he felt was the right fit.