A wildlife refuge in Snyder County recently got some new residents, including a bald eagle. 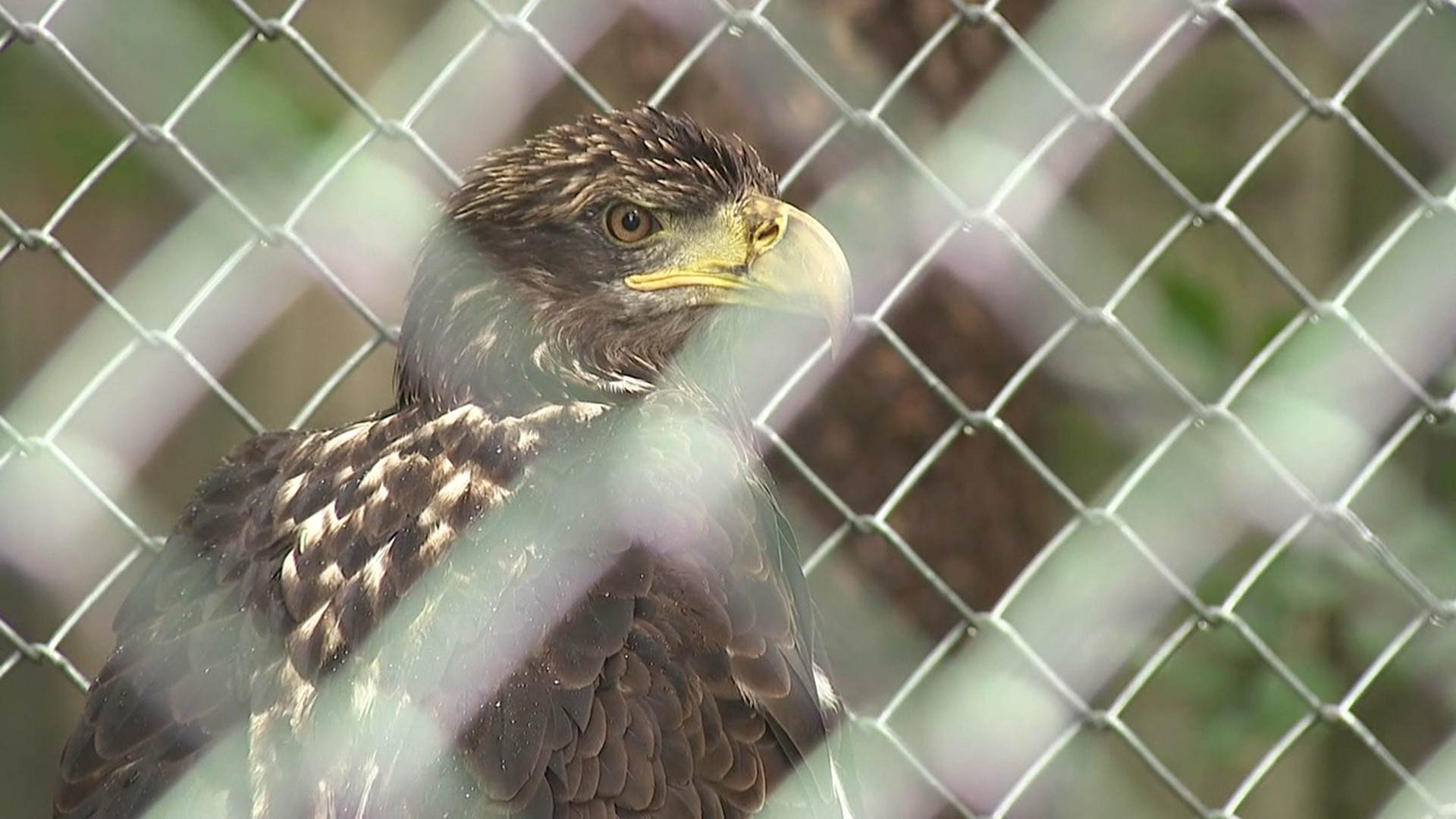 PENNS CREEK, Pa. — When you go to T&D's Cats of the World near Middleburg, you expect to see tigers, lions, even bears.

What you may not expect to see is a bald eagle. But Liberty is the newest resident at the wildlife refuge.

"It takes about four, five years to get their white head and tail feathers, and this one is just starting to get the white tail feathers, so it's probably right around 4 years old," Jennifer Mattive said.

Liberty is missing part of its wing and can't fly, so he or she cannot be released back into the wild. Mattive and her family own T&D's and says they sent some of Liberty's feathers for DNA testing, so they will find out the bird's sex next week.

T&D's other new resident is also the only one of its kind here. The Eurasian eagle-owl was hatched in captivity.

"It's the largest owl by wingspan, and their wingspan can be six feet long, which is huge for an owl," Mattive said.

Both birds will get a second chance at life here.

"We take in animals that either were confiscated by different government agencies, mostly illegally owned animals. We also receive animals from zoos and other rescue facilities and also native Pennsylvania wildlife that can't be returned to the wild," Mattive said.

If you'd like to spend your Fourth of July weekend with a bald eagle, T&D's Cats of the World is open Saturday and Sunday from noon to 6 p.m.