Power To Save: Sheep Lawnmowers

PENN TOWNSHIP, Pa. — Since flipping the switch on its 14-acre solar array in October, Susquehanna University has been saving money on electricity. “... 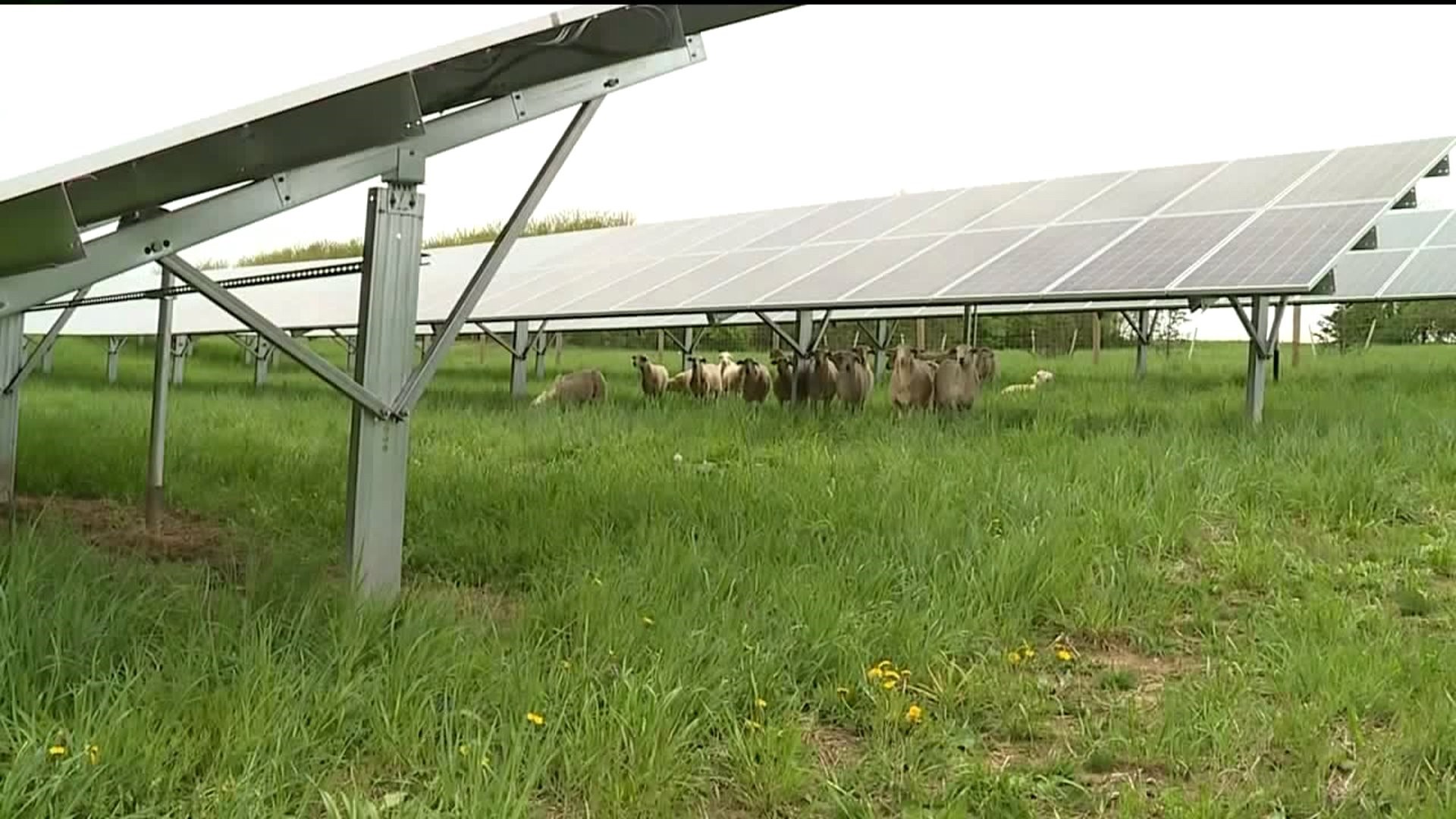 PENN TOWNSHIP, Pa. -- Since flipping the switch on its 14-acre solar array in October, Susquehanna University has been saving money on electricity.

"I'm told this is the equivalent of having provided the electricity for all of our residence halls for over 2,000 students during the time it's been operational," said Susquehanna University President Johnathan Green.

And now with the addition of nearly two dozen sheep, Susquehanna University will save even more. The university welcomed the sheep which will serve as the solar array's lawnmowers.

Preschoolers from Summit Early Learning in Selinsgrove welcomed the sheep with a song.

"We have electric strips that are confining them to one area so they can eat it evenly, then they can go on to the next area and the first one recovers and we just keep doing that, keep rotating all summer," said Caroline Owens.

The sheep are owned by David and Caroline Owens who have a farm outside Sunbury. Owens says these sheep were born and raised for Susquehanna University.

"They have grass, water, they have mineral supplements, and they have plenty of shelter."

The sheep will stay at the solar array until November then go back to the Owens farm for the winter.