LEWIS TOWNSHIP, Pa. — A former patrol K-9 handler who worked alongside soldiers in Afghanistan was reunited with his partner. With so much energy, most wh... 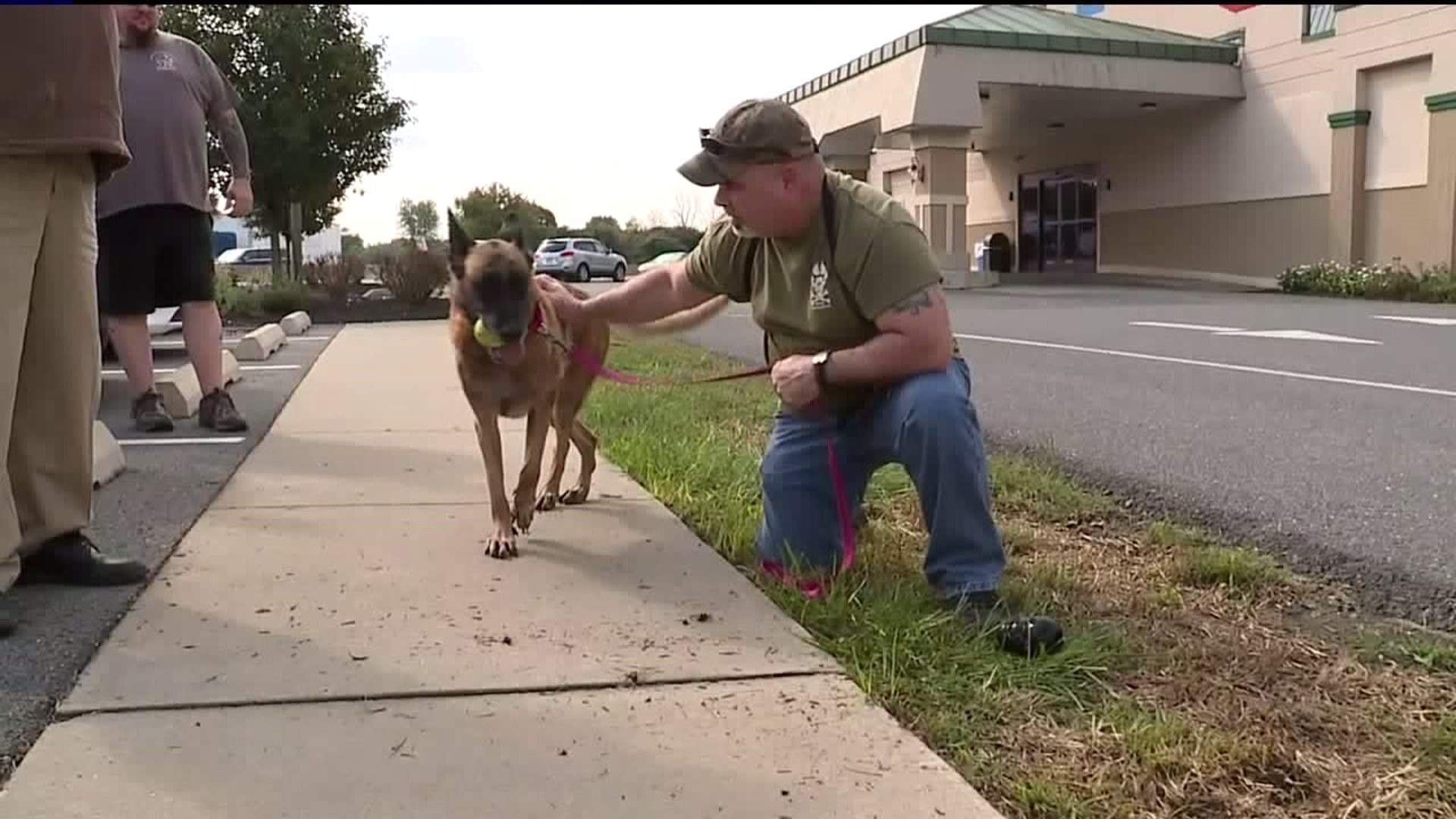 LEWIS TOWNSHIP, Pa. -- A former patrol K-9 handler who worked alongside soldiers in Afghanistan was reunited with his partner.

With so much energy, most who have cared for Kelly the Belgian Malinois will tell you it's normal. This 9-year-old dog just won't sit still.

But Wednesday morning, Robert William Nacy found himself pacing around, too.

"When I got the last text saying you guys were all, I almost lost my mind walking around the hotel," Nacy said.

Back in 2010, Nacy worked alongside soldiers in Afghanistan. He was a bomb-sniffing dog handler. His K-9 partner was Kelly.

"We lost a few dogs over there and a few handlers that unfortunately got hurt, but we were lucky to have her and all the explosive K-9s out there. They are doing some amazing work," said Nacy.

Nacy left Afghanistan in 2011, but Kelly stayed. After more than six years of service, Kelly officially retired and was brought back to the United States. She has been staying with Anne Gibbs at nonprofit Canine Hero Haven near Sunbury.

"It's just so exciting to see these dogs retire and actually start enjoying life," Gibbs said.

Then came the moment Nacy was officially reunited with his newly adopted pet Kelly.

"It took my breath away. It's been a long time," Nacy said.

Nacy traveled from Arizona to pick her up in Selinsgrove.

After the years working over in Afghanistan, he thinks it's about time this dog has a well-deserved retirement.

"First meal on the agenda is a nice T-bone, so I'm going to sit her at the table. We'll both have one, and we'll call it retirement."