KKK Hood, Robe Up for Auction in Snyder County

SPRING TOWNSHIP, Pa. — An auction house in our area is facing backlash for its top ticket item up for grabs on Saturday. Beaver Springs Auction Center in ... 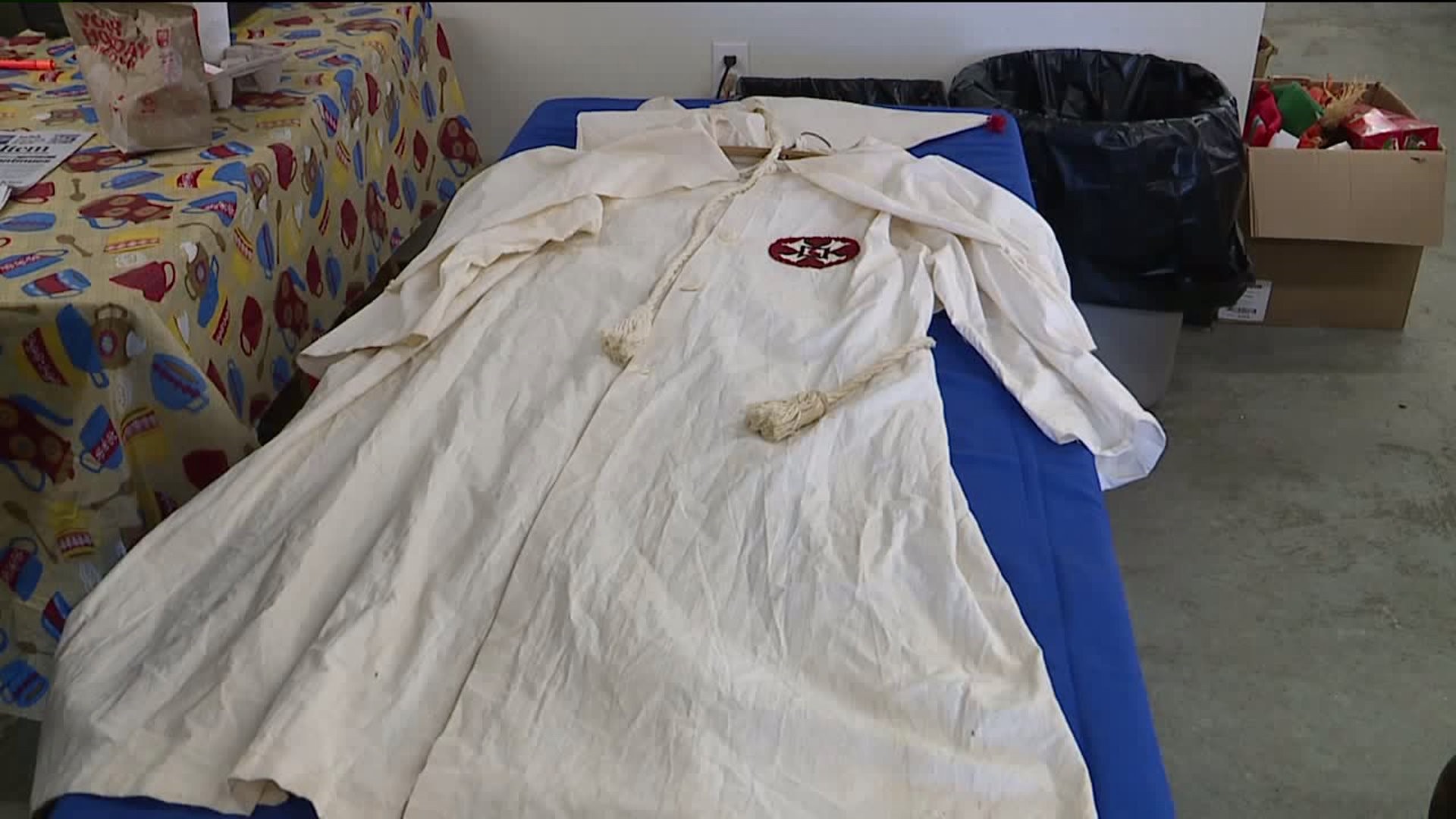 SPRING TOWNSHIP, Pa. -- An auction house in our area is facing backlash for its top ticket item up for grabs on Saturday.

Beaver Springs Auction Center in Snyder County will have what it's calling an authentic Ku Klux Klan robe and hood.

Dawn Miller is the auctioneer at the Beaver Springs Auction Center. She says someone came to her asking to sell the Ku Klux Klan robe and she agreed. She says she never expected negative reactions from church leaders and community members for putting it up for bid.

Many people wouldn't bat an eye at some of the items that come and go through the Beaver Springs Auction Center in Snyder County, but this week, all eyes are on auctioneer Dawn Miller for the item at the top of Saturday's advertisement.

"The main ticket item would be the Ku Klux Klan robe. We accept consignments at the auction and we had a gentleman contact us and said he had several items, would we accept them for consignment and of course I said yes," Miller said.

Miller says she has received negative feedback about the item, including a phone call from a local pastor saying it's inappropriate. But the robe and hood will still go up on the auction block.

"My reasoning is it's a historical item. They're very valuable and they're very collectible and it is strictly historical," said Miller.

Some folks who live in the Beaver Springs area are also upset over the sale.

"There are supporters of that who still, you know, exist and believe in it and act on it and so it's not that historical. It's not a historical treasure. It's more of a threatening image to me," said Joanne Landis of Troxelville.

Miller tells Newswatch 16 she's been holding auctions here on Route 522 in Beaver Springs for about two years, but she's had her auctioneer's license since 1979. This is the first time she's ever had controversy over an auction item.

Neighbors say they don't think this is an item that should be collected or sold for profit.

"it makes me angry," said Dez Ewig of McClure. "To me, the message it spreads is hatred and I wouldn't want anybody to make any profit off of it. No offense to anybody at the auction house. I know them I like them but it's just something that should not be sold."

The auction is set for Saturday at 2 p.m. at the Beaver Springs Auction Center.

Miller says she hopes not to have any trouble, but plans to have security and has notified police about the auction.