UPDATE: Police say John Wendt, 66, of Selinsgrove, was the man killed in the crash Tuesday morning. Wendt was stopped behind a tractor-trailer at a red light wh... 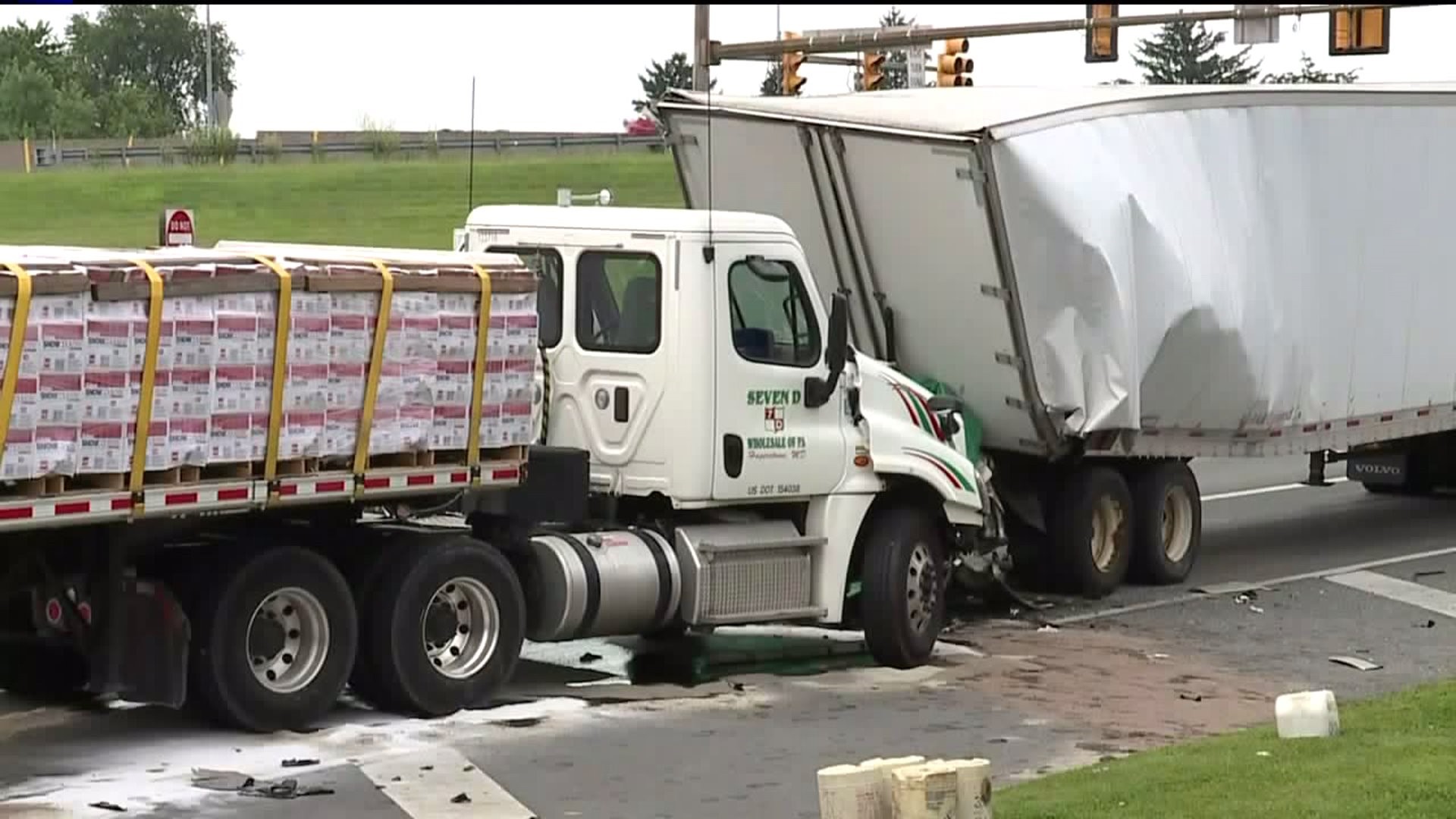 UPDATE: Police say John Wendt, 66, of Selinsgrove, was the man killed in the crash Tuesday morning.

Wendt was stopped behind a tractor-trailer at a red light when a second tractor-trailer hit Wendt's vehicle from behind causing it to collide with trailer in front of him.

Meeks and Bussard were treated for minor injuries. Wendt was pronounced dead at the scene.

Police say the investigation is still ongoing and no charges have been filed at this point.

SHAMOKIN DAM, Pa. – At least one person is dead after a crash involving two tractor-trailers and a car Tuesday morning in Shamokin Dam.

The coroner is at the scene of this deadly crash on Routes 11/15 in Shamokin Dam. Traffic is backed up for several miles. @WNEP pic.twitter.com/P2a90Mo6zs

According to emergency officials, the first tractor-trailer was stopped at the light at the intersection of Baldwin Boulevard and Susquehanna Trail around 9 a.m. Investigators are trying to figure out if the car was also stopped or if that car crashed into the tractor-trailer.

Police believe the second tractor-trailer crashed into the car, crushing that vehicle.

"We heard the accident. We thought it was thunder. It sounded like rolling thunder. We looked outside and saw all the commotion and saw what looked like a car that was squished," said Dr. David Nicholas Hartranft, Merit Dental.

State police are reconstructing the scene and have not figured out who was inside that car. Both tractor-trailer drivers were taken to the hospital to be checked out.

Traffic was backed up most of the day as the southbound lanes of Routes 11/15 were closed and the northbound side was down to one lane.

The road reopened just before 3 p.m.

This was already a heavily congested area because this section of roadway is part of a detour for PennDOT's Duke Street reconstruction project in Northumberland. This is the only way into Sunbury from Northumberland.

The Snyder County coroner is trying to identify who was inside the car.

There is no word if charges will be filed against the driver of the second tractor-trailer.