MONROE TOWNSHIP, Pa. — What one person views as a small act of kindness can go a long way for someone else. A man from Selinsgrove learned that over the w... 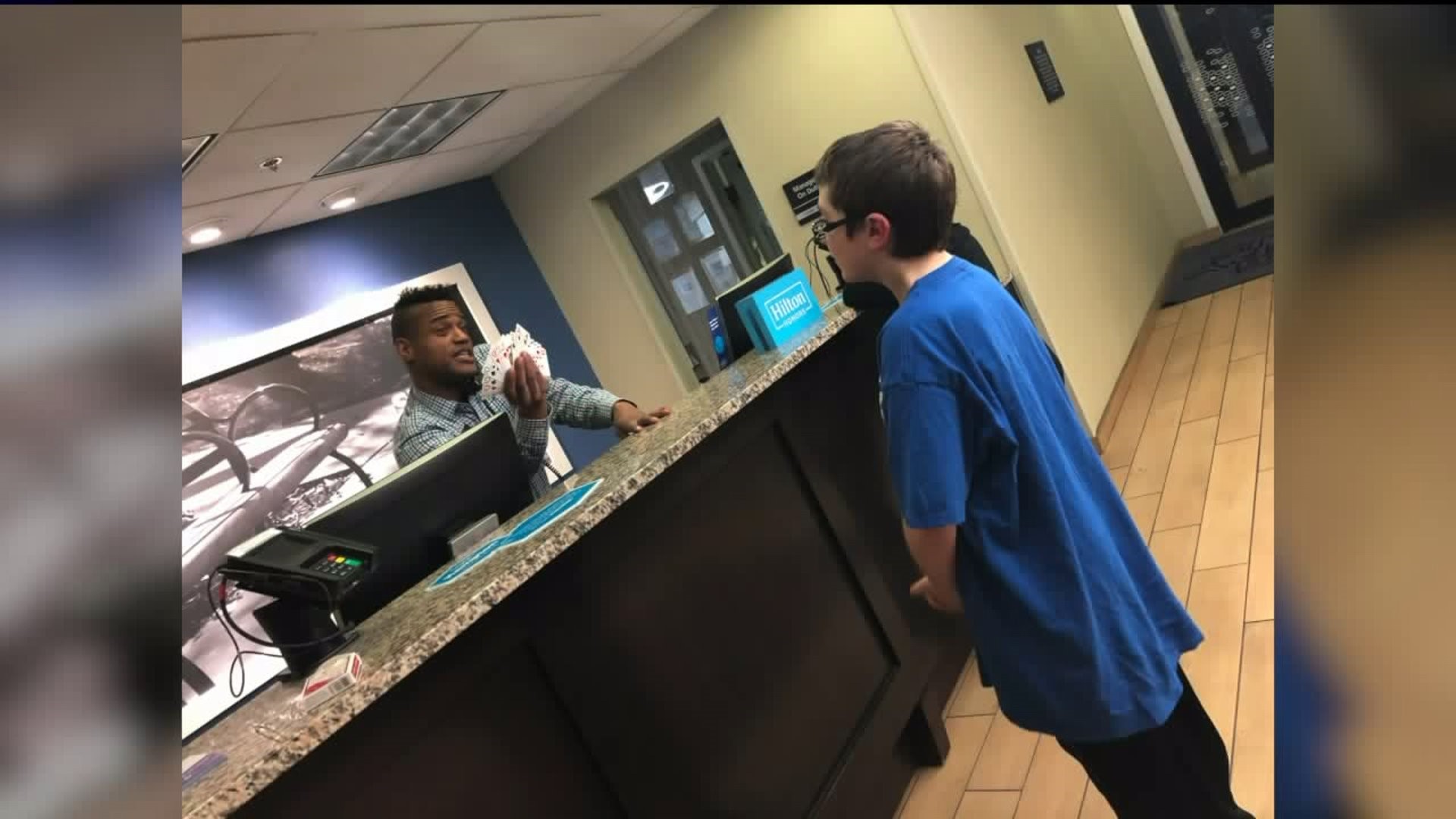 MONROE TOWNSHIP, Pa. -- What one person views as a small act of kindness can go a long way for someone else.

A man from Selinsgrove learned that over the weekend after a Facebook post about him went viral.

Kahlief Hill is a manager at the Hampton Inn near Selinsgrove. On Friday night, he was working at the front desk when a teenage boy asked if he could show him a card trick. The two became fast friends and the rest played out on social media.

Kahlief Hill meets a lot of people as a manager of the Hampton Inn near Selinsgrove. Over the weekend, he was checking in the Haas family from Frackville. Kahlief was on the phone when 13-year-old Colin Haas asked if he could show him a card trick.

Colin and Kahlief exchanged card tricks for the next half hour.

"The next night they came in from dinner. I said, 'Hello, how are you?' I said, 'How are you doing with the magic trick I showed you yesterday?' He said, 'I can't remember.' I said, 'Come back out, I'll show you again.'"

After Colin went to bed, his mom thanked Kahlief and said people are usually quick to dismiss her son, who has autism. Colin's father passed away a few years ago, and he does not have a strong male role model in his life.

Megan Haas posted about the act of kindness on Facebook and Kahlief woke up the next morning to nearly 900 friend requests.

"That post popped up, and I was like, 'Oh, my God,' and I instantly started crying," Kahlief said.

The post quickly went viral and has been shared thousands of times. Kahlief's manager Jason Gabany saw it, too.

"'I think that's Kahlief. That is Kahlief! That's our property. That's so cool!'" Gabany recalled saying.

The Hampton Inn does special fundraisers during Autism Awareness Month, but Gabany says Kahlief's act of kindness had nothing to do with that.

"For him to take the time to see that somebody just wanted to be entertained a little bit, he had the time to do it, he wanted to do it, and he took good care of him with it," said Gabany.

"I'm so happy that I was able to help make his day a little brighter, not realizing how I impacted," Kahlief added.

The Hampton Inn near Selinsgrove is sponsoring a pancake breakfast later this month for Autism Awareness. The Haas family tells Newswatch 16 they will be there as Kahlief's special guests.