PENN TOWNSHIP, Pa. — A nearly 300,000-square-foot greenhouse sits along Route 522 outside Selinsgrove.  This is the new flagship location of BrightFarms, ... 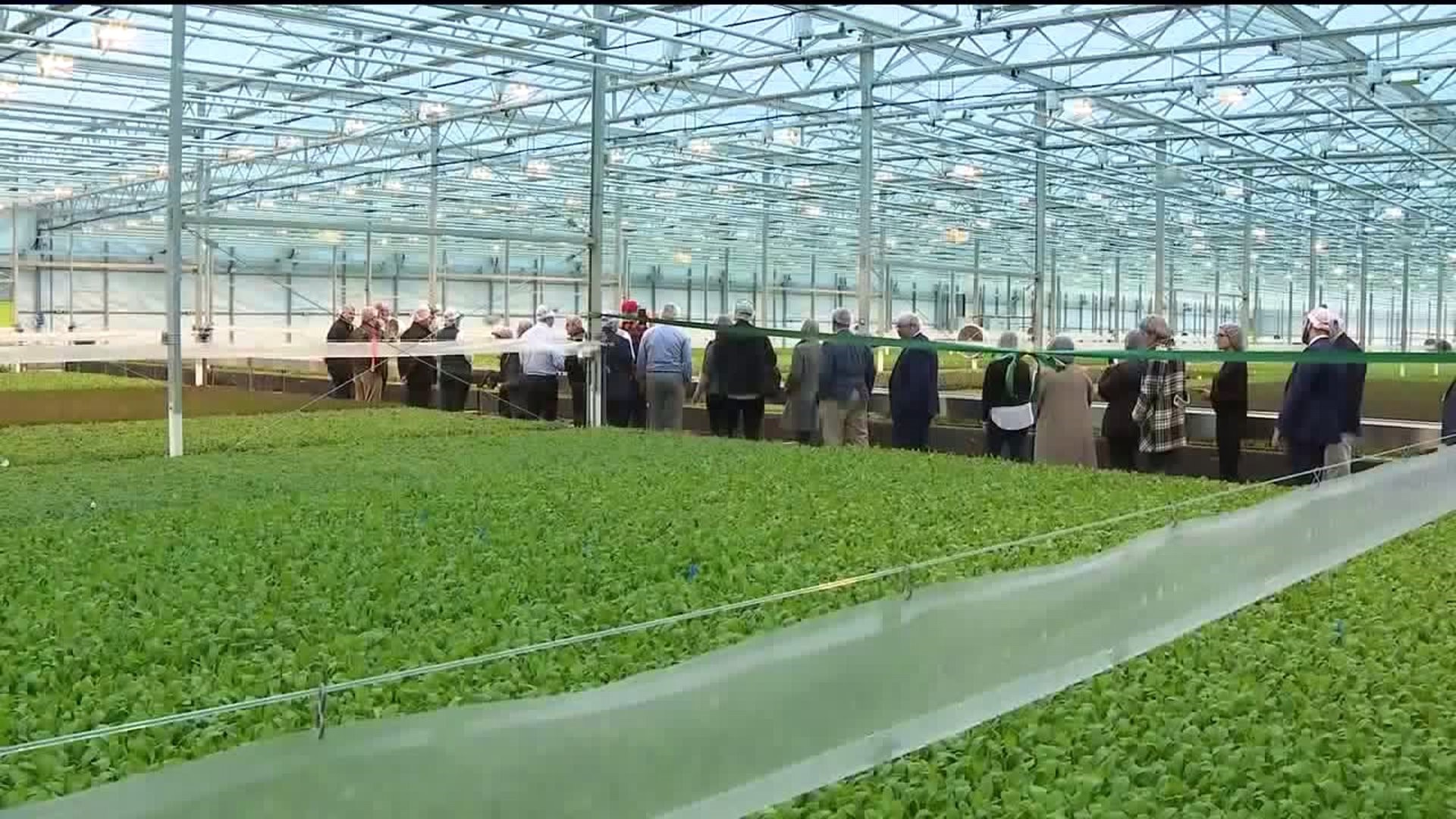 PENN TOWNSHIP, Pa. -- A nearly 300,000-square-foot greenhouse sits along Route 522 outside Selinsgrove.  This is the new flagship location of BrightFarms, a company that produces herbs and leafy greens, including lettuce, spinach, and arugula.

“This is the biggest and the best greenhouse that I think exists in the whole wide world,” BrightFarms president Paul Lightfoot said.

BrightFarms expanded into Snyder County last year and celebrated the first harvest from this greenhouse, which is the company's biggest.  BrightFarms uses hydroponic systems in its greenhouses.  That means the plants are grown in water instead of in soil.

“It means produce that's about a week fresher, it's safer, it's tastier, it smells better, it eats better, it's better in every way,” Lightfoot said.

The first harvest, around 5,000 pounds, is being donated to the Central Pennsylvania Food Bank.

“5,000 pounds of greens is probably enough for like 20,000 meals,” said Joe Arthur, executive director of the Central Pennsylvania Food Bank.

“We look forward to the partnership ongoing because it really is so important that folks in need have good healthy food.  There's nothing healthier than what's being grown here,” Arthur said.

Around 50 people were hired at this facility.  BrightFarms is located about two miles from Wood-Mode, which closed last year in Snyder County.

“We always think the best way to deal with a plant closing is with a plant opening, in this case, a greenhouse opening.  It's exciting.  It doesn't replace all 900 jobs, but it replaces 50 very good-paying technology-based,” Greater Susquehanna Valley Chamber of Commerce president Bob Garrett said.

BrightFarms employees say we can expect to see produce from this facility in area grocery stores within the next few weeks.