MONROE TOWNSHIP, Pa. — A dog that served our country in Iraq for most of his life now gets to retire with his owner. Troy Sutton of Lumberton, North Carol... 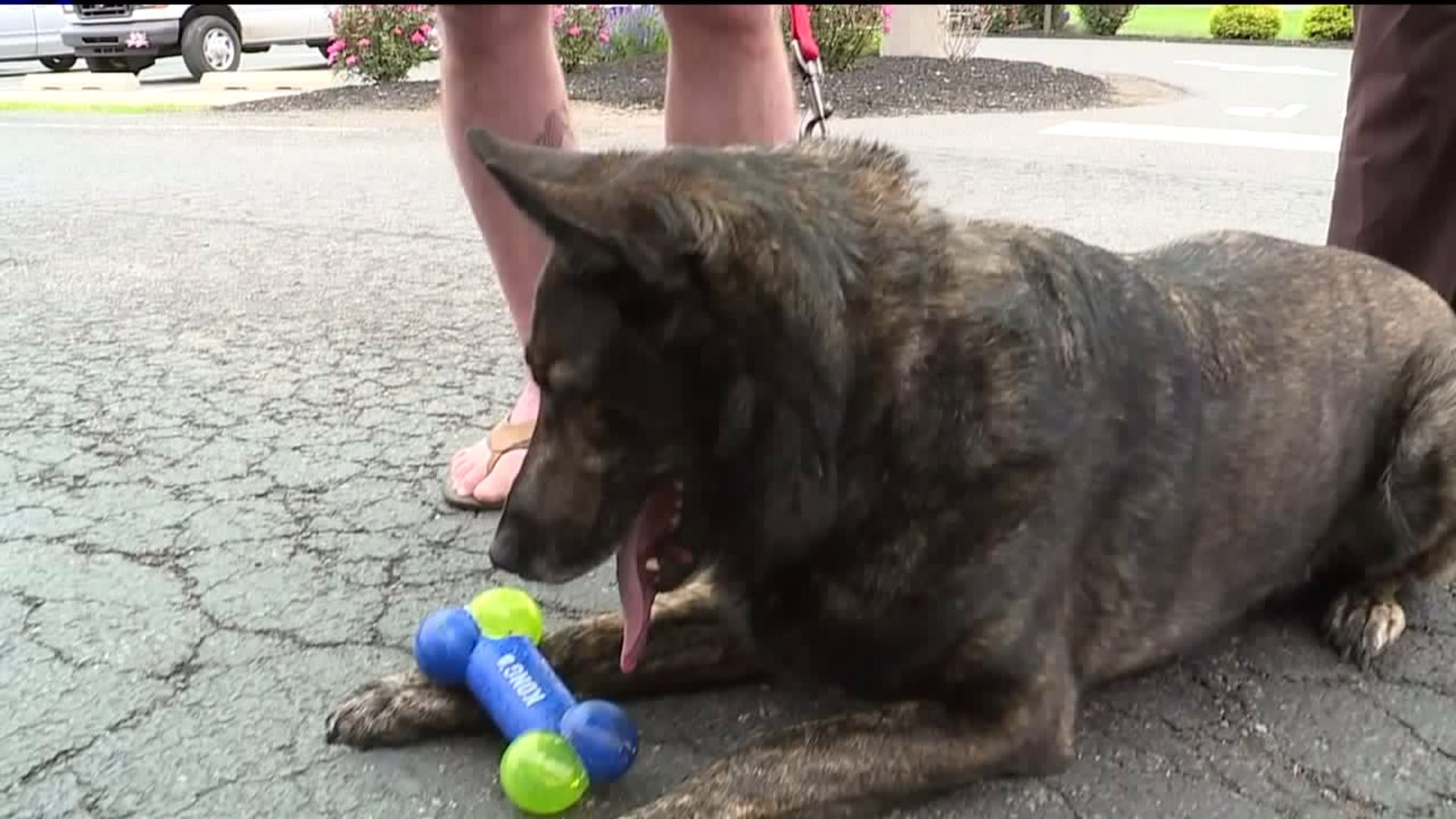 MONROE TOWNSHIP, Pa. -- A dog that served our country in Iraq for most of his life now gets to retire with his owner.

Troy Sutton of Lumberton, North Carolina, has been in Iraq off and on since 2011 with his dog Ali. But when Ali was forced to retire in December due to old age, Sutton was worried they would never see each other again. That's until a dog rescue in Herndon stepped in.

This was a moment Troy Sutton has been waiting six months for. He reunited with his Dutch shepherd Ali outside a hotel near Selinsgrove.

The two were nearly inseparable for about five years while they worked together in Iraq as an explosive detection team.

"He was my life over there because he took care of me," Sutton said.

Sutton lives near Wilmington, North Carolina, and served in the United States Army for 24 years. He works for American K-9 Detection Services and works with dogs to sniff out bombs in Iraq.

"He was very good at it, too," said Sutton. "I trusted him and I think everyone else trusted him, too."

Ali spent most of his life sniffing out bombs in Iraq and protecting our troops. He reached the age limit of the program in December and needed a place to live until Sutton came home.

"He fit right in. I have three kids, not a problem, like he's been there his whole life," said Bobbie Jo Donovan.

This was all made possible thanks to K-9 Hero Haven, which is an organization based in Herndon.

"We started bringing in different dogs to give them a place to go. Sometimes they were medical dogs or dogs with behavior issues, difficult dogs that had a hard time finding a place to go," explained Anne Gibbs.

"If it wasn't for her and Bobbie Jo, I wouldn't get to see him again," he said.

"These dogs served. They're soldiers, too. They deserve to have a good retirement. It feels good when you're giving that. Otherwise, we don't know where they would end up,"  Donovan said.

After more than five years sniffing out explosive devices in Iraq, Ali will return home to North Carolina. Sutton says the only thing on the agenda is to enjoy the retired life and relax.