PENN TOWNSHIP, Pa. — The smile on Madison Santiago’s face says it all. The 5-year-old from Selinsgrove is having the time of her life going down thi... 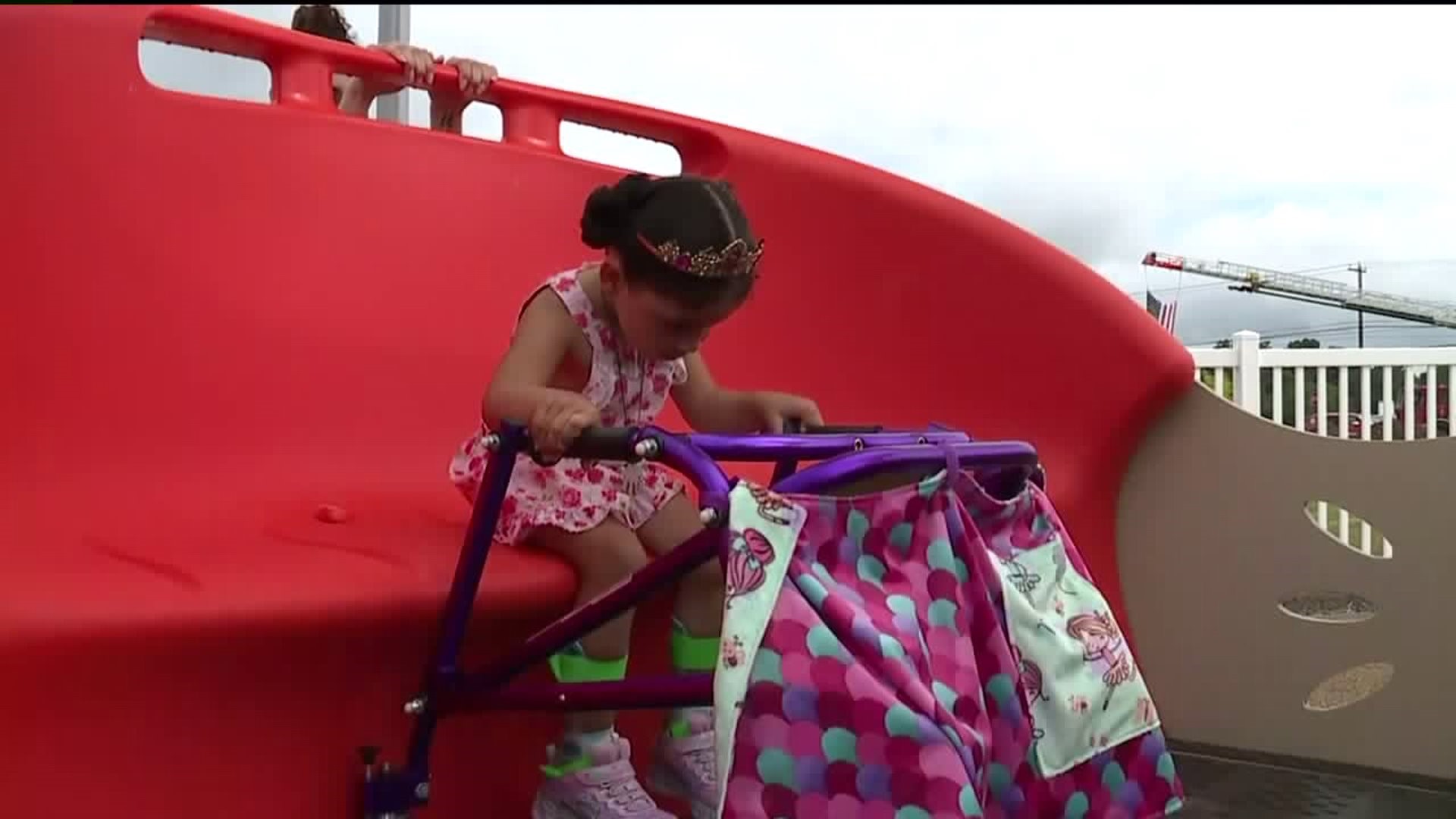 PENN TOWNSHIP, Pa. -- The smile on Madison Santiago's face says it all. The 5-year-old from Selinsgrove is having the time of her life going down this sliding board.

"The playground is awesome," said Madison. "I went on a giant seesaw."

Madison's mom Jasmin says the tot typically doesn't do well at regular playgrounds because of her cerebral palsy.

"Mobility is limited. So this playground gives her a sense of inclusion where she can play freely," Jasmin Santiago said.

This is "Everyone's Playground."  As the name implies, it's a place where children of all abilities can play.

"Anyone can use them as you know now, but they're specifically designed for special needs, disabilities," Fritz Heinemann said.

Fritz Heinemann of Kratzerville had the idea for the playground a few years ago. He says there aren't many like it in Pennsylvania. Amber Bierbach of Benton knows that all too well.

"He doesn't get out of his chair while we're at playgrounds most of the time," Bierbach said.

Amber's son Billy has cerebral palsy. He usually watches, while his sister plays. Not this time.

"We were over there on the rocker and he was giggling, and this is way more than he ever gets to do. This is very exciting," Bierbach said.

There are 15 attractions at this playground and organizers tell Newswatch 16 there is even room for expansion.

The Andy Russell Charitable Foundation gave money for the playground. Andy Russell played for the Pittsburgh Steelers and has a foundation that gives money to children's causes.