Yuengling Gives Back to Military Nonprofit

POTTSVILLE, Pa. — Take a trip to the Yuengling Brewery in Pottsville and you’ll notice a heavy patriotic theme. “The military has always been ... 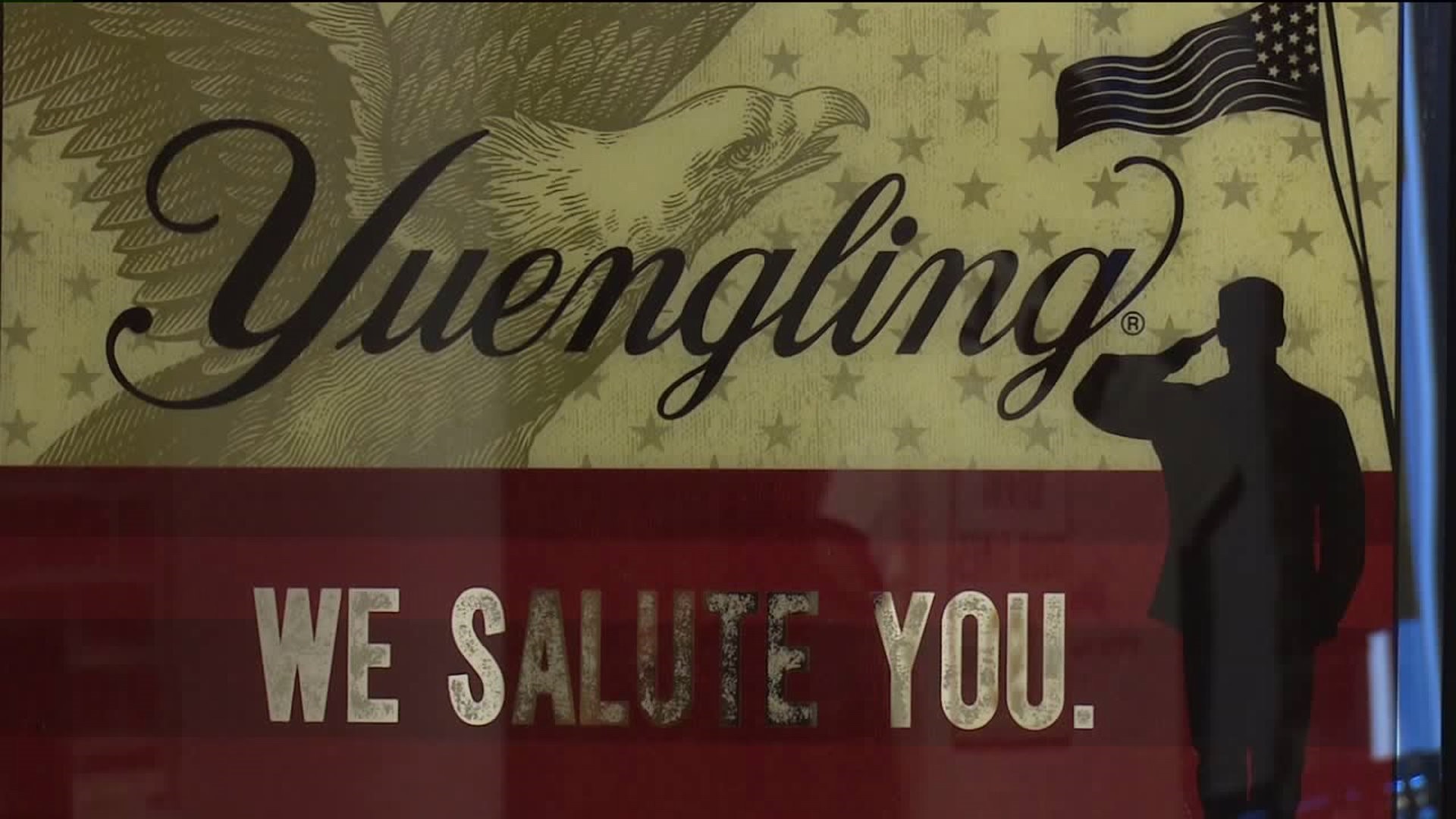 POTTSVILLE, Pa. -- Take a trip to the Yuengling Brewery in Pottsville and you'll notice a heavy patriotic theme.

"The military has always been a community that has been close to our hearts and one that we have supported both nationally and locally," said sixth generation owner Debbie Yuengling.

Yuengling's support for the military was on display on Wednesday as the brewery presented a check of more than $50,000 to Tragedy Assistance Program for Survivors (TAPS), a nonprofit organization that offers help to those grieving the death of a loved one who served in the armed forces.

"My grandfather flew in the war. We have employees who were veterans, a lot of our consumers are veterans who show their support for our beer by sending in pictures and their images of them drinking the beer while they're overseas and they're fighting, so the least we can do is give back to them the best way we can," Yuengling said.

"I first came to TAPS after my fiancé Cpl. Jason Kessler was killed in Iraq. At that time, I felt completely lost and I didn't know where to turn. When I found TAPS, all of a sudden, I found not only hope that things could change, but I also found a sisterhood of others who understood," said TAPS senior advisor Erin Jacobson.

Throughout the month of May, Yuengling sold military-themed TAPS t-shirts. A portion of the proceeds went toward the check donation.

"My brother's favorite beer has always been Yuengling. He's been a fan forever. Every year for his birthday for New Year's Eve, I always toast to him. I always visit him and take the cap and place it on his gravestone," said TAPS military mentor Brittany Adams.