Yuengling is rolling out a new beer and it offers customers a lighter, healthier option. 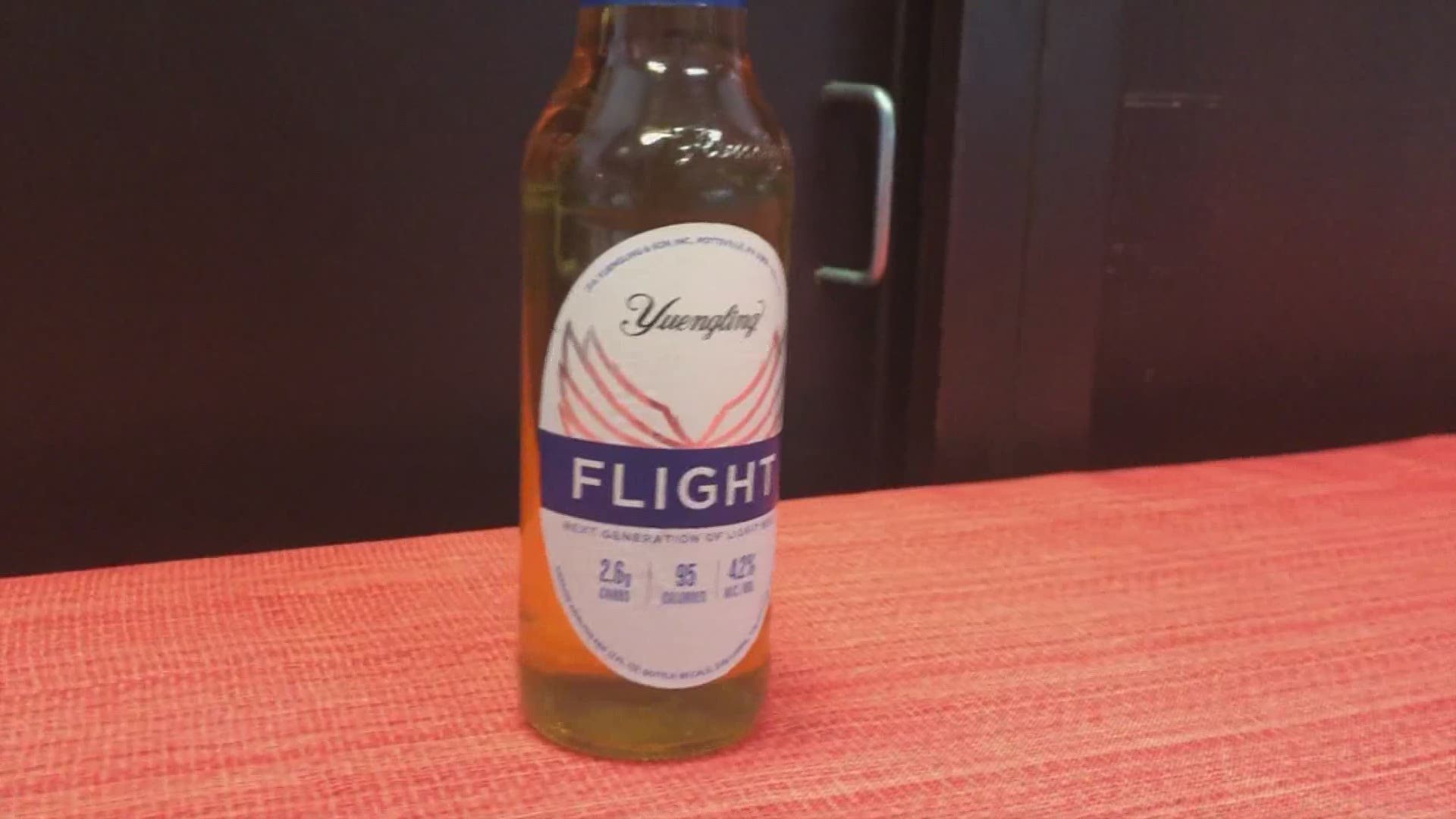 POTTSVILLE, Pa. — There's a brand-new offering from our area's most well-known brand.

Yuengling has been in business for nearly two centuries, and in that time, it's had to adapt and evolve with its products. Now, America's oldest brewery is at again, spreading its wings and taking flight.

"We look at where consumer trends are going, and we acknowledge that consumers are looking out for themselves and their wellbeing. This is a type of beer that's more upscale. It hits those stats, those carbs and calories stats that a lot of these beverage drinks are in right now," Jennifer Yuengling said.

Low carb, low-calorie beers are flooding the market, and now Yuengling is doing the same, with the release of its new light beer, called "Flight."

"We look at it as the sixth generation, my sister's, and myself. We're starting to spread our wings if you will, which is our marketing campaign, so we felt like Flight was a perfect fit," Yuengling said.

Flight comes in at 2.6 carbs and just 95 calories with 4.2 percent alcohol by volume. Those numbers across the board are identical to a similar ultra-light brew, Michelob Ultra.

"It's got an upscale image, more of a premiumized look. It has the flint, the clear bottle, contemporary look with the eagle's wings, too, so we're still paying homage and tribute to that iconic eagle that's been with us for 190 years."

Production for Flight took off Tuesday at 5 a.m., and by the end of the week, it'll be available in all 22 states where Yuengling products are sold.