MAHANOY CITY, Pa. — For 95-year-old Francis Chesko, the more than seven decades that have passed since his time during World War II hasn’t dulled hi... 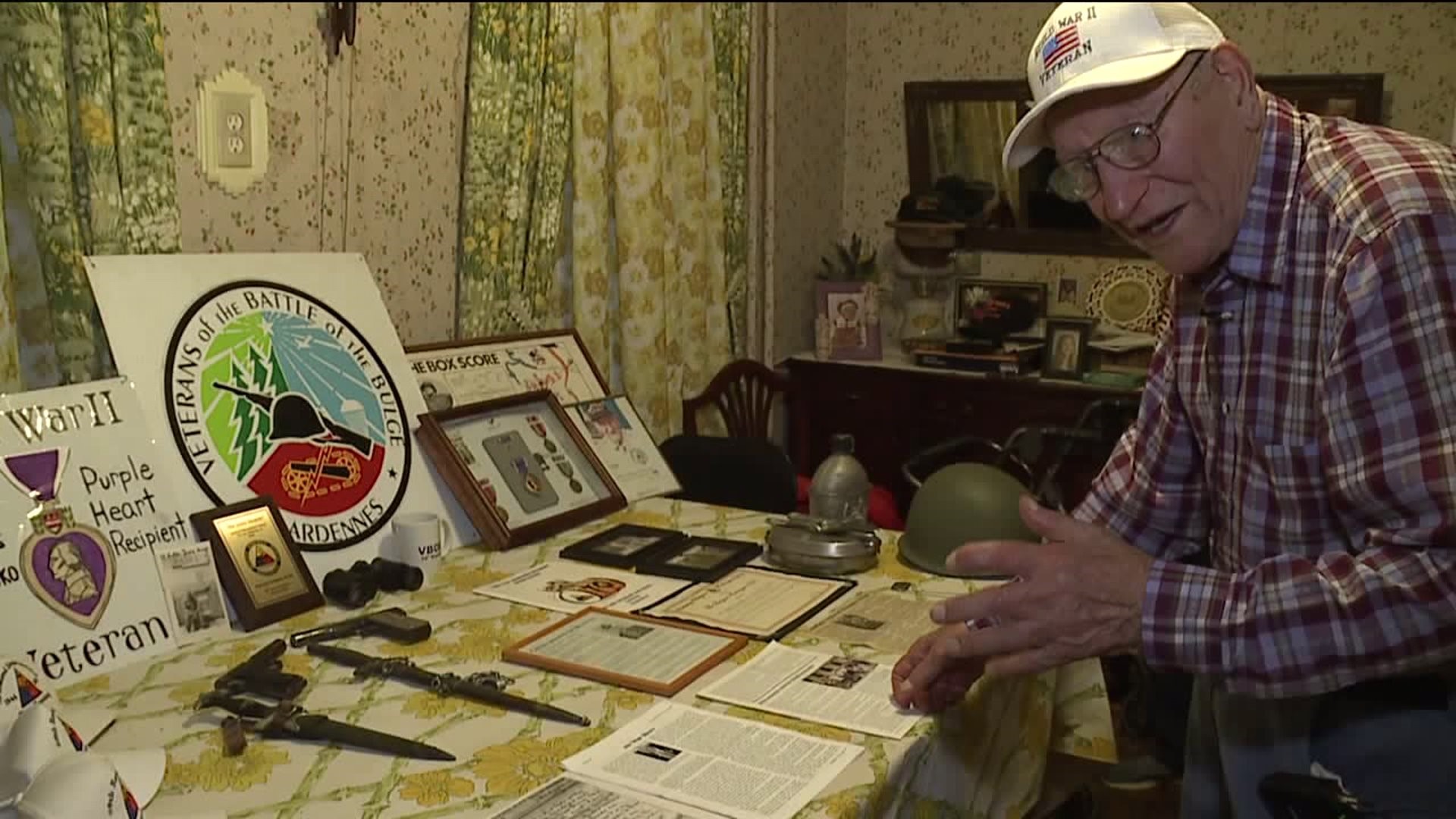 MAHANOY CITY, Pa. -- For 95-year-old Francis Chesko, the more than seven decades that have passed since his time during World War II hasn't dulled his memories of what he endured.

Assigned to the Army, the then 20-year old Francis left his home in Mahanoy City in 1943 and was sent to Europe.

“Well, we had to do our best, that was of course because what we went in for, we went in to clear up the land mines and obstacles,” said Francis.

Now on the 75th anniversary of D-Day, Francis recalls landing in Normandy one day after Allied Forces stormed the beach on June 6th, 1944.

“There was artillery and mortar coming in but not like them, poor fellows that went in the first day, oh, I don't know how they got in there,” said Francis. “Can you imagine just going across the street and a machine gun is shooting at you?”

The fighting continued for Francis and he was injured in another part of France on July 19th, earning him a Purple Heart.

“Next thing I know, I'm in a field hospital and they're pulling skin off my arms and legs, even my face a bit,” said Francis.

Then in December of 1944, Francis was sent to Belgium where he fought in the Battle of Bulge.

“Terrible, like I said no winter clothes,” said Francis. “The Germans came down, they would change all the signs to certain towns, then you were ambushed.”

Last year, Mahanoy City launched its own “Hometown Heroes” program and Francis was one of the first to get a banner. It's located right outside his house.

Still, Francis says his time in the war was all worth it; he was still in Europe when victory was declared.

“We celebrated, all kinds of goody was going around, vodka and cognac,” laughed Francis. “Sure.”