SCHUYLKILL HAVEN, Pa. — A nationwide program that honors fallen veterans during the holiday season made a stop in Schuylkill County. Hundreds of students ... 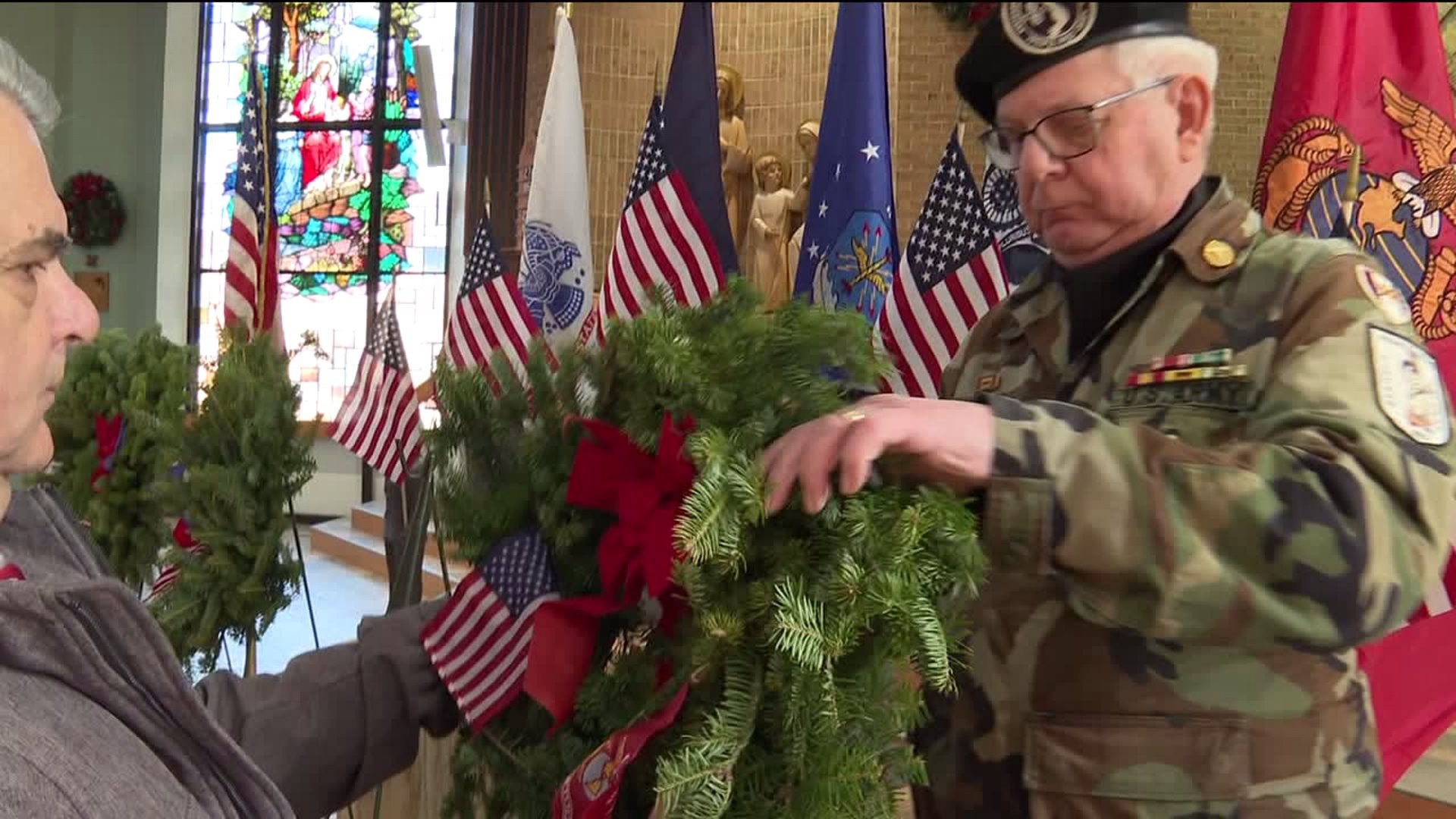 SCHUYLKILL HAVEN, Pa. -- A nationwide program that honors fallen veterans during the holiday season made a stop in Schuylkill County.

Hundreds of students from across Schuylkill County waited outside St. Ambrose Roman Catholic Church in Schuylkill Haven, waving American flags, all to remember the fallen, honor those who serve and teach children the value of freedom.

"Since I became mayor, it's become very personal for me to make sure that they get the recognition, especially our Vietnam veterans, that they didn't get back in the day. When I see these guys here for this, it just brings the emotion out of me," said Mayor Michael Devlin.

Wreaths Across America is a national program that honors and remembers veterans during the holiday season by laying wreaths on their graves. It stopped by this part of Schuylkill County on its way to Arlington National Cemetery for the national ceremony.

"The point of this program is to teach children and young adults that the freedom that they enjoy is not free and to honor all of the servicemen who are serving or who did serve," said Cosette Pohronezny, American Legion Auxiliary.

"Here in Schuylkill County, 38 were killed in Vietnam, six were killed en route, and we still have a POW/MIA from St. Clair. For these ladies to put this beautiful program on today, it makes you put your shoulders back, hold your head up high and be proud to be a veteran," said Guy Wiederhold, commander of Veterans of Vietnam War Post 29.

For veterans in attendance at St. Ambrose, it was an emotional ceremony.

"You deal with these stresses when you come home, and it gets very emotional knowing you did your deed, but there's somebody else out there filling your boots. It's that honor, the patriotism," said Iraq veteran Nicholas Kostishak. "In the Marine Corps, we say honor, courage, and commitment, and it's embedded in us."