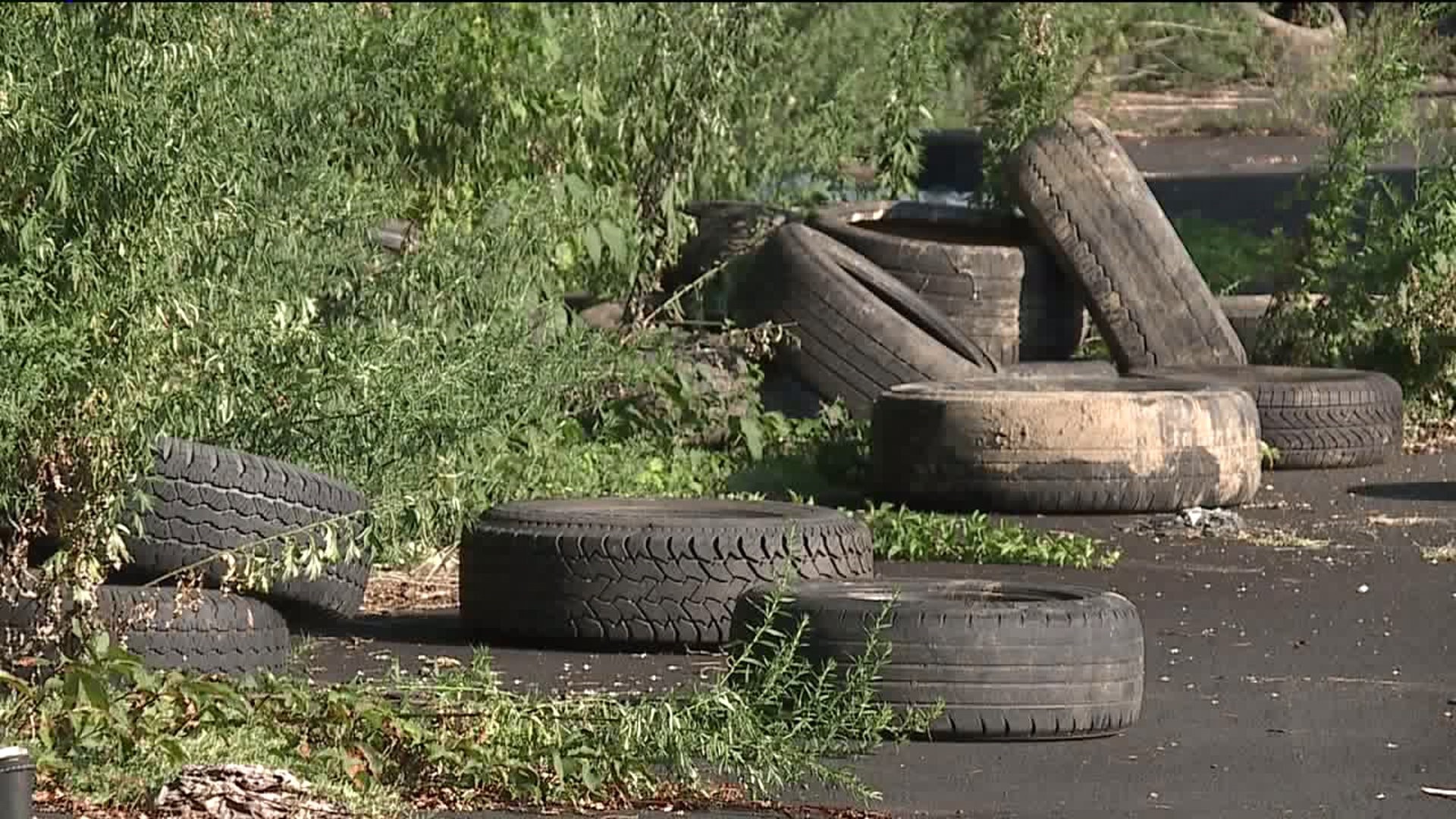 NORTH MANHEIM TOWNSHIP, Pa. -- An adult and two teenagers are accused of dumping hundreds of tires in parking lots in Schuylkill County.

State police say June Kuzowski, 61, of Schuylkill Haven, had two 15-year-old boys load tires from an automotive garage into a truck Saturday night. The suspects were seen dumping those tires in parking lots of vacant motels near Pottsville.

On Monday, Kuzowski spent the majority of the day cleaning up the mess she made at an abandoned hotel lot. She told us she was paid by garages to throw out used tires. Instead, she chose to dispose of more than 330 tires illegally along with two boys she asked for help.

People who live nearby aren't surprised.

"It's something that happens a lot up here. You go up and down (Route) 61, you find it all over, more up in the mountains. It's somewhat normal," said Michael Motta of Pottsville.

The former Days Inn just off of Route 61 in North Manheim Township burned in March.

Kuzowski says she is sorry for making the mess and getting those boys involved, and she wants to make up for it.

"That's shocking that, if she was to do something like that, that she would go and clean it up because you don't see that very much," said Melissa Meyer of Port Carbon.

Kuzowski says she and the two boys dumped the tires all over the property of the former hotel. It could take days before it is all cleaned up.

"She got caught. She had to do it. She's facing a big fine or whatever they do to them, but good for her, I guess, for cleaning it up," Motta added.

Kuzowski was charged with corruption of minors and scattering rubbish.

The boys are also charged with scattering rubbish.