NORTH MANHEIM TOWNSHIP, Pa. — In this 24/7 news cycle that we’re living in, police officers know they can sometimes be cast in a certain light becau... 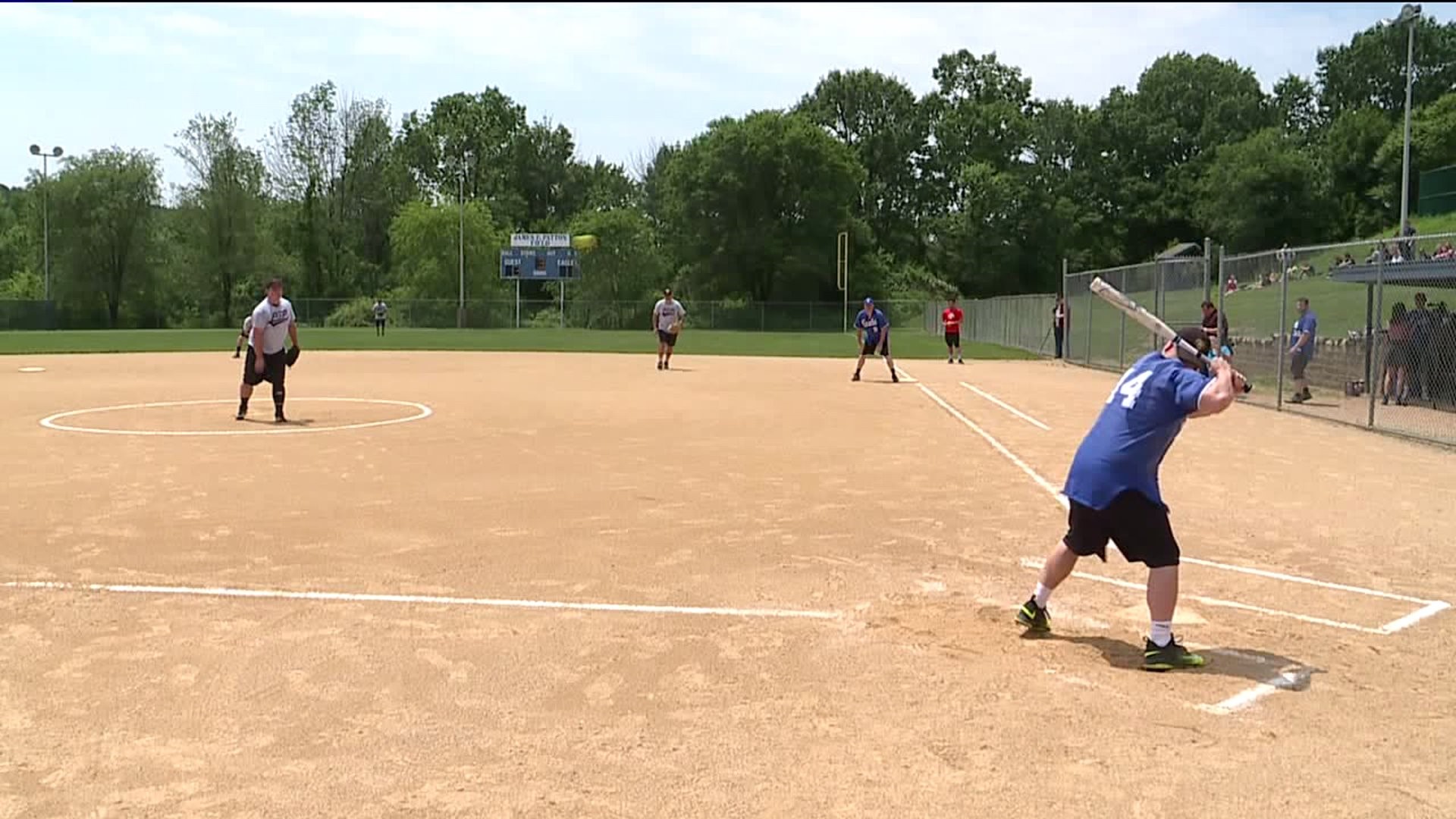 NORTH MANHEIM TOWNSHIP, Pa. -- In this 24/7 news cycle that we're living in, police officers know they can sometimes be cast in a certain light because of clips going viral on the internet.

But a group of state troopers in Schuylkill County wanted to remind their community that they're ordinary people by taking part in a softball game.

The competitive juices were flowing at Blue Mountain High School near Orwigsburg for a much-anticipated matchup between the Blue Mountain Eagles and the....troopers?

"I think it's really good for the students to see that we as state troopers are just ordinary folks, just like they are," Trooper David Beohm said. "We're no different. Just during the day, we wear this uniform, and right now, they're wearing their softball uniform."

Members of Pennsylvania State Police Schuylkill Haven took the diamond at Patton Field against teachers and students from the high school. With nearly 1,000 people in attendance for this one-of-a-kind contest, talents from both sides were on full display.

"It's great to be out in the community," Trooper Nick Reese said. "You get the interaction. It's great. Let everybody see the troopers in real life."

As for the pitching plan against these state troopers?

For some of the students and faculty, it's a neat opportunity to compete against these troopers, who they usually see in uniform and in patrol cars.

"It's awesome," senior Ben Kramer said after he hit a home run. "It's pretty much not explainable. You see them out in the cars. You don't really get to know them until you get to see them and actually talk to them."

We can safely report no one was ticketed for speeding on the base paths. PSP beat Blue Mountain 10-6 in a friendly rivalry both sides hope to continue for years to come.