Watching Your Speed in Schuylkill Haven

SCHUYLKILL HAVEN, Pa. — If you’re driving around Schuylkill Haven and happen to be speeding, you might notice these new signs, alerting drivers to s... 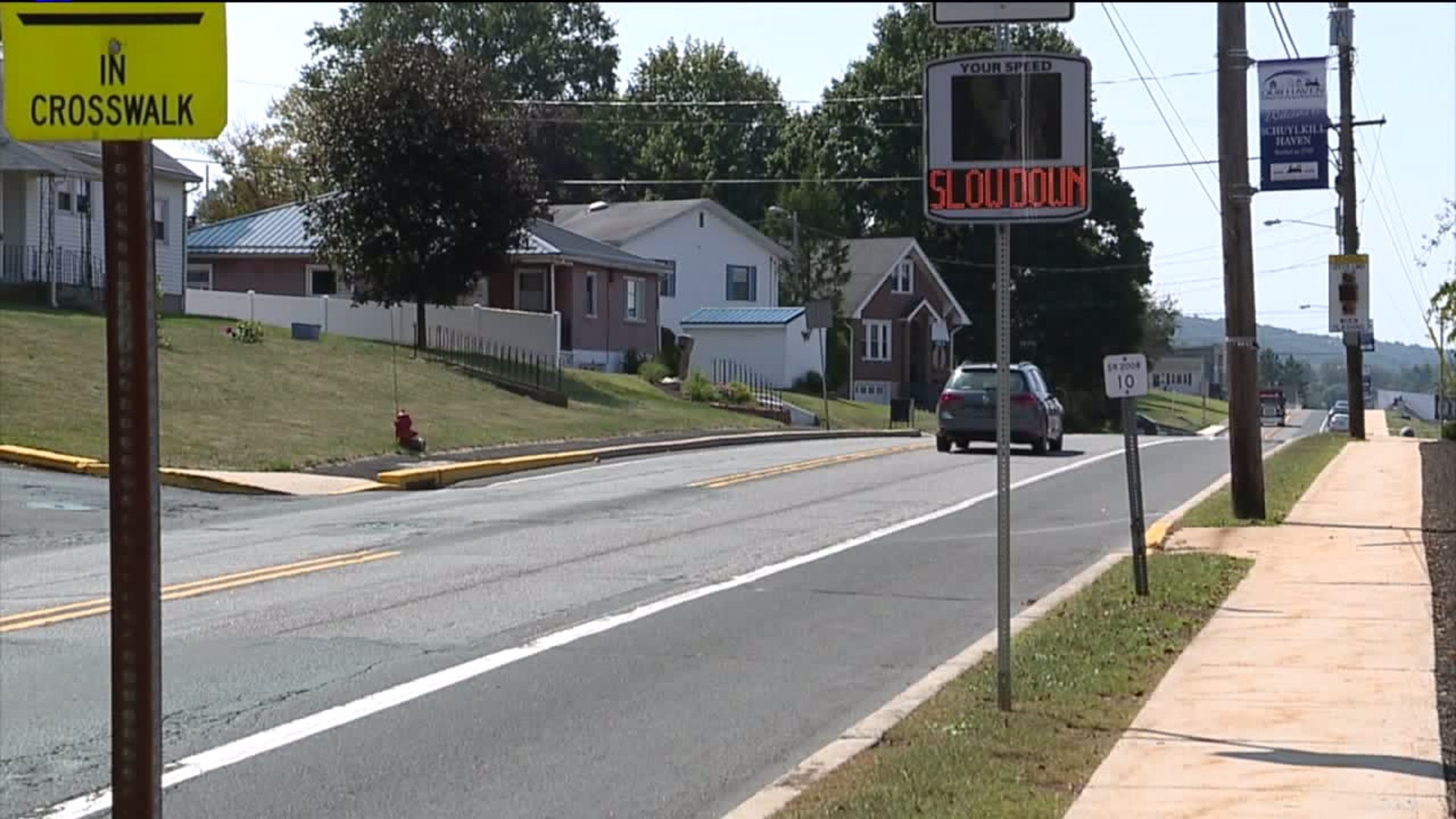 SCHUYLKILL HAVEN, Pa. -- If you're driving around Schuylkill Haven and happen to be speeding, you might notice these new signs, alerting drivers to slow down.

"We get reports of speeding on just about every one of the borough streets in some shape, way or form. With today's technology, I felt like this was a good investment," Chief Jeff Walcott, Schuylkill Haven Police.

"When the sign displays the speed, our hope is that it brings people's attention to it and they slow down naturally and abide by the law," said Walcott.

There are three of these new digital speed limit signs placed throughout the borough.

While there isn't one on this sign, there could be soon.

Schuylkill Haven police plan on moving these signs all throughout the borough.

People who live in this area hope the new technology forces people to slow down.

"People flying up and down the street like they're on a racecourse. It's just scary. There's people who walk here who can't walk very well. People in wheelchairs, or walkers, kids, dogs, it doesn't feel safe sometimes," said Kevin Bittle, Schuylkill Haven.

"The unites do have the capabilities of gathering data which will allow me to decipher the data on average speeds, what kind of speeds are occurring on specific dates and times and that will assist us on doing a more focused assigned patrol on speed enforcement on certain streets within the borough," said Walcott.