Volunteers Help to Save ‘Legacy’ the Horse

KLINE TOWNSHIP, Pa. — A volunteer fire company in Schuylkill County responded to a call Tuesday night they’re now considering “once in a lifet... 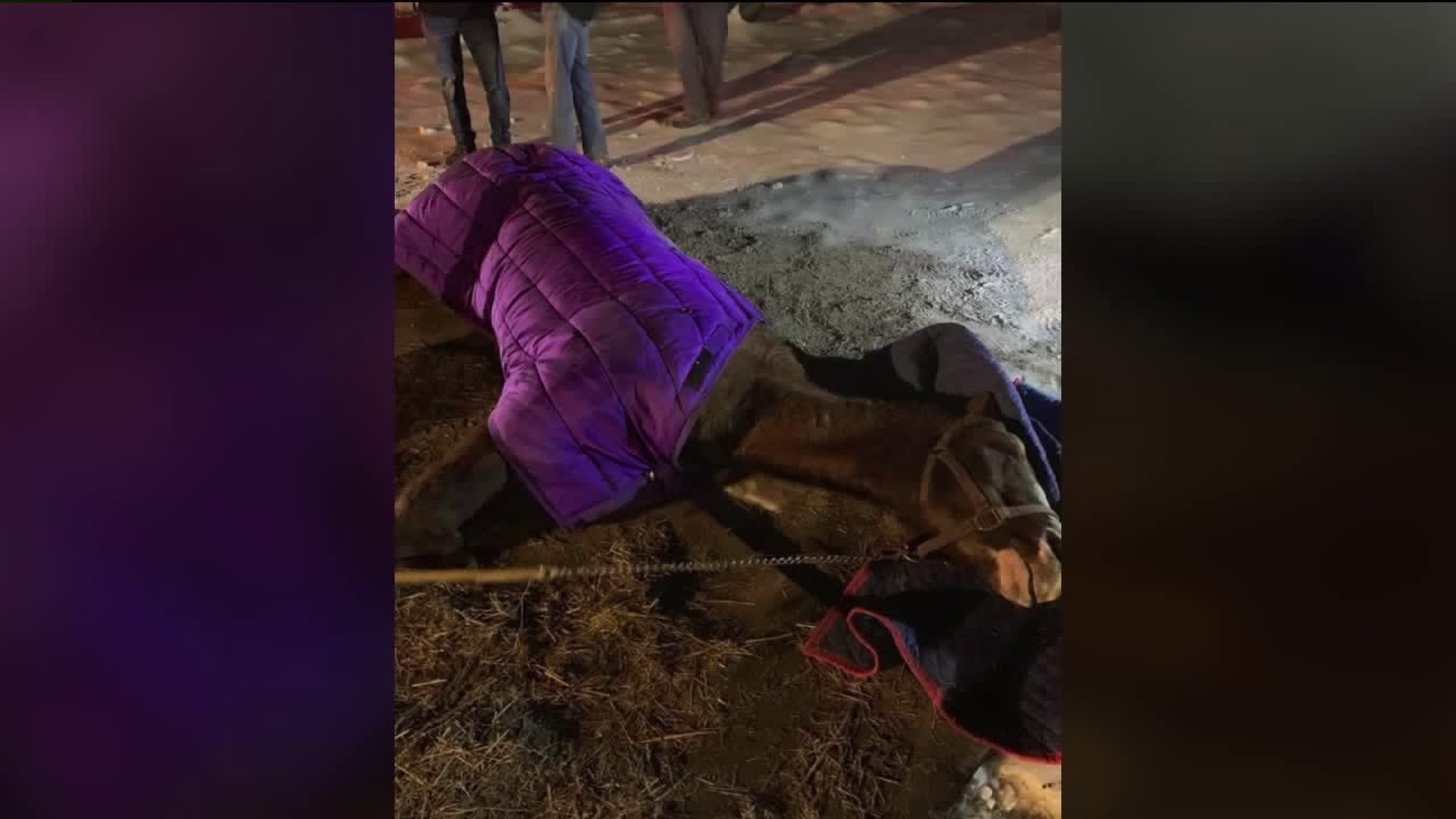 KLINE TOWNSHIP, Pa. -- A volunteer fire company in Schuylkill County responded to a call Tuesday night they're now considering "once in a lifetime."

They had to help rescue a nearly 2,000-pound animal.

On Tuesday nights, volunteers with the Hometown Volunteer Fire Company gather for training sessions. If a call comes in, they'll throw on their gear and hit the road. Tuesday night was a little bit different. There was no fire to put out. Instead, there was a horse in desperate need of help.

"That's probably going to be a call of a lifetime that you go to. I'll never forget that one. We're talking about it at the firehouse still. It's pretty amazing that we got to experience that," said volunteer Andrew Tite.

"It took me a couple seconds to register 'horse,' yeah, for sure. It was a different call. It wasn't your average accident," said Justin Martinson of Hope's Towing.

Shortly before 6 p.m., a call came into the Hometown Volunteer Fire Company for a horse rescue on Ben Titus Road near Tamaqua.

"We found that there was a horse in the field on the ice, trying to get up. We couldn't get the horse up on its own power. We started by dragging out heavy rubber mats to get underneath, so it could try and get its own traction to get up."

But after 45 minutes, the horse named Legacy still couldn't get up due to the icy conditions. That's when fire officials called Hope's Towing.

"We actually cradled the horse up underneath the chest. The guys with the fire company actually shackled it to the tow truck, and I was able to work the levers and get her to her stomach," Martinson explained.

After more than two hours, and with help from around a dozen people, the horse got up on its feet and headed back into the stable.

"It started out as a normal Tuesday night, going to the firehouse to train, and we ended up trying to rescue a horse for two hours, and we were successful with it. It was pretty humbling," Tite said.

We were unable to get in touch with the owner of Legacy, but officials tell us she's had the horse for 28 years.

Justin Martinson of Hope's Towing is actually allergic to horse hair. He tells us he broke out later that night but says the rescue was worth it.