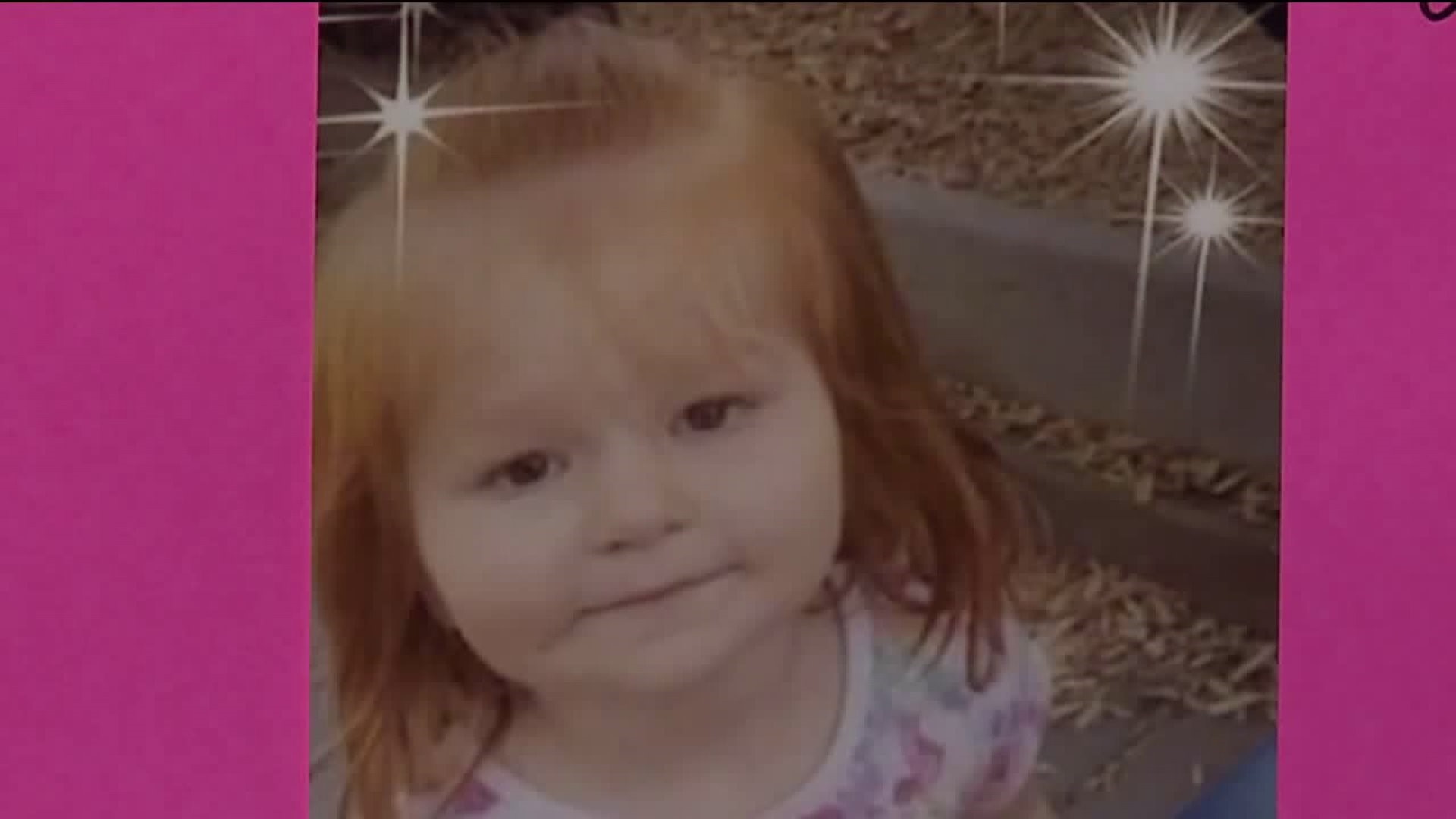 The little girl died Friday after police say she was brutally beaten last month by her mother’s boyfriend, Jahrid Burgess, 19, of Trevorton.  Her injuries were so severe doctors were forced to remove part of her brain. Arabella spent more than a month on life support.  She was taken off her ventilator Wednesday and was breathing on her own for two days until she died.

"I was honestly hoping that she was going to make a recovery and pull through. I knew it was going to be a long road, but I was hoping for the best,” Jordan Groce of Girardville said.

Mourners who gathered in West End Park in Girardville never knew the toddler, but one organizer says as a mother she felt compelled to honor her.

"As soon as I found out about her passing, it really hit home. I couldn’t even imagine if something like that would happen to my daughter,” Amanda Groce of Girardville said.

Burgess is currently locked up charged with causing the girl's injuries, but at this time he has not been charged with her death. Arabella’s mother, Samantha Dalton. is charged with neglect and lying to investigators. Burgess' mother is also charged with obstructing the investigation.

"Stop child abuse. avoid the neglect. These children don't deserve it. You'd be surprised how many cases you see coming in and out of Schuylkill County,” Amanda said.